Ullapool to Ascot via Southend on Sea

The trip from Ullapool down to Southend on Sea was fairly quick.  However, the scenery from Inverness to Perth was rather lovely.  We also came across one of the best retail experiences I have ever had.  It was a shopping centre on the highway in the middle of nowhere called House of Bruar.  Men’s and women’s clothes, giftware …. seriously high quality gifts, gardening section, a fabulous food hall plus restaurants and cafes.  I did pick up a rather lovely cashmere and wool cardigan. 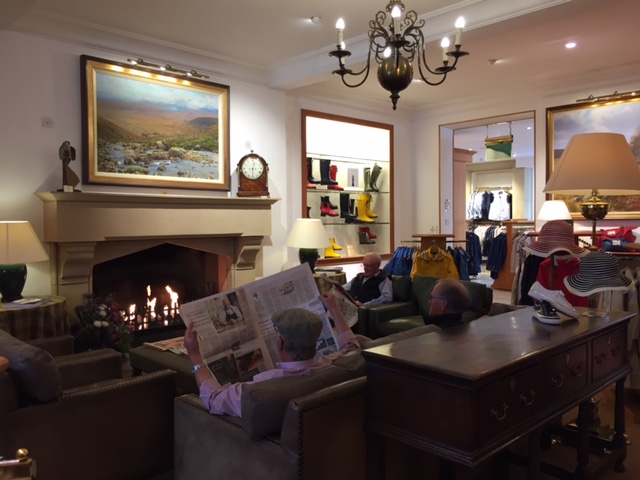 Matilda told me that people pop in here on their way to hunts!

It was good to see Chris again at Southend on Sea.  He is the lovely friend who carts John’s boat all over the UK and Europe to sailing regattas.  This time he had driven miles to pick up John’s new boat, set it up, buy new parts and even make parts for him.  We owed him a big thank so we headed out to our favourite Indian restaurant for a meal and overordered that much that Chris reckoned he would be eating it for a month!

John and Chris were driving to France the following week for the French National Contenders so John packed up the boat with his sailing gear as he was meeting Chris at Dover the following Monday morning to drive to Qiberon, France via the ferry … of course!