The morning after the wedding we were all pretty dusty I can tell you.  Ryan and Abby headed off in their campervan in the direction of Venice for their five night honeymoon.  They were dropping the van off and heading in by boat.  Apparently they got dropped off in the pooring rain and had to find their hotel.  They had a good laugh and now all have sparkling new raincoats.

We took off shortly after taking this photo of the pool at the hotel where John had decided to have a swim the morning of the wedding.  Something rather nasty bit him on the gonads and he kept whinging about it all day until I  said “show me what you are whinging  about”  … oh my god … he had a serious problem.  It ended up being the joke of the wedding but he was in serious pain.

Ok so Till, John and I headed off in the direction of Munich to put Matilda on a flight back to London that night.  It was a long drive … I felt rather sorry for John but I was too hungover to drive.

We managed to drop her off on time.  Then we found a park and tried to find her again but couldn’t.  However, we did get sims for our ipads which is great and we had really good kebab for dinner at the airport.  Then we just drove to near the Arena in Munich where we knew that we could find a park.  We did and had a good nights sleep.

We had a really fantastic two and a half weeks with Till.  She was great fun the whole time.  One night her and I had stayed up really late watching Scandal on the TV.  It was one in the morning and she said “are we having showers” I said no, I had a shower this morning.  Her reply was “Bloody gypsy family!”  She really was great and was a huge help in the van and with meals etc.  All in all one of our best family holidays.

Sunday morning we headed to Starnberg and called in at the Tutzing Sailing Club.  John sailed with a lovely young German fellow from this club back in Lake Garda and they had kept in touch.  We went and met up with him.  The club were having the christening of seven new boats.  It was quite a to-do!  I had running clothes on as I was hoping for a walk/run and everyone else was all dressed up in jackets and pearls.  There was a brass band playing and each new skipper gave a speech followed by cheers from the crowd.  Each boat had to supply a table of food and drinks for the crowd.  It was all very interesting.  We only stayed for an hour as we had to get to Gert and Bea’s.  We had a quick walk which turned into a run because it bucketed down.

We then headed to Gert and Bea’s lovely apartment.  We have only been to their house during winter so it was great to sit out on their lovely deck and have coffee and catch up.

Bea organised for a friend of hers who is a retired skin specialist to come and check out John’s skin.  Bea is such a lovely caring person and she was worried about him.  Hans and his wife Kristin were great fun and Hans was very nice to John.  So there is  nothing that can’t be fixed at present but we have to keep working on it.  I had a couple of things I wanted him to check that he just laughed at and then said what is that on your forehead.  It was a little sore that had just popped up the day before.  He said five to seven days of Efidex.  So it was great that I got to see him as well.

Bea’s lovely sister Susanna also came for the evening.  Bea put on a lovely afternoon tea and we had a very pleasant afternoon.  After Hans and Kristin headed off to their next venue the five of us went for a walk down to the lake and John and Bea had a swim. 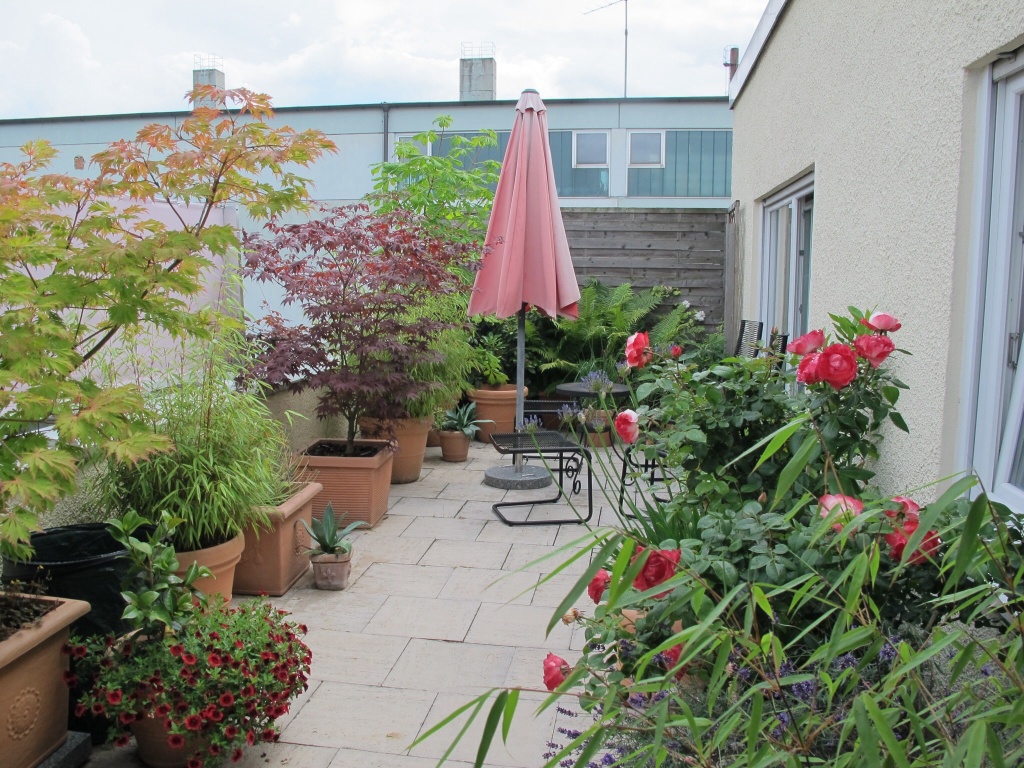 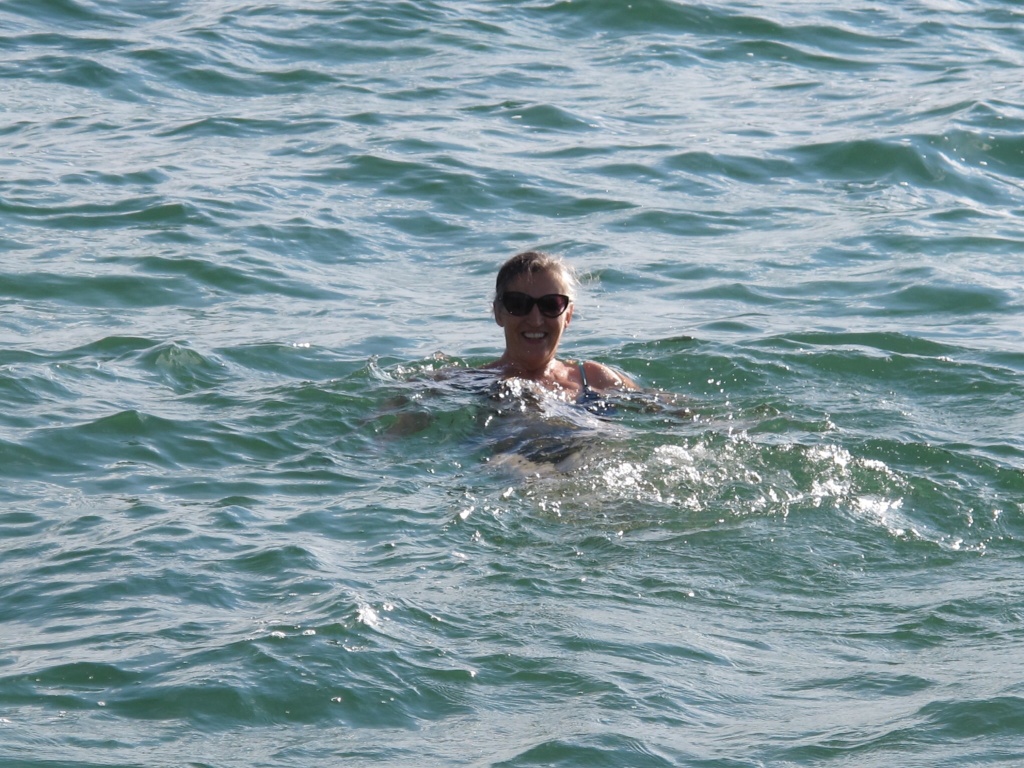 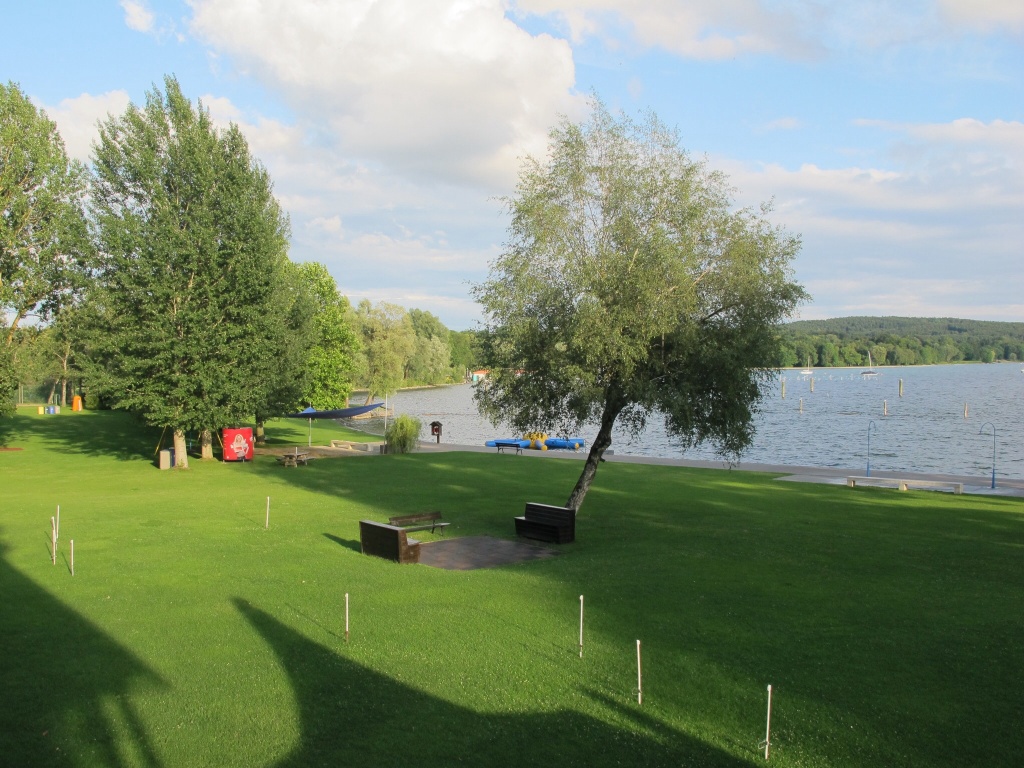 We had a quick beer before heading back to the apartment to get dinner and watch the World Cup.  Gert cooked really good steaks and we all enjoyed the game.  We were pretty excited when Mario Goetze scored that goal.

It was such a delight to meet Susannah.  We are hoping that her and Bea meet up with us early in August for a week or so in northern Germany.  Unfortunately Gert will be in China for work.

We really treasure their friendship and looking forward to spending lots more time with them.