John and I were both thrilled to be invited to Abby and Ryan’s wedding at a beautiful castle in Missiano which is a gorgeous town near Bolzano … up near the dolomites.

We were a tight group of friends of theirs and Noel, Ryan’s Dad, was also there of course … no show without punch! 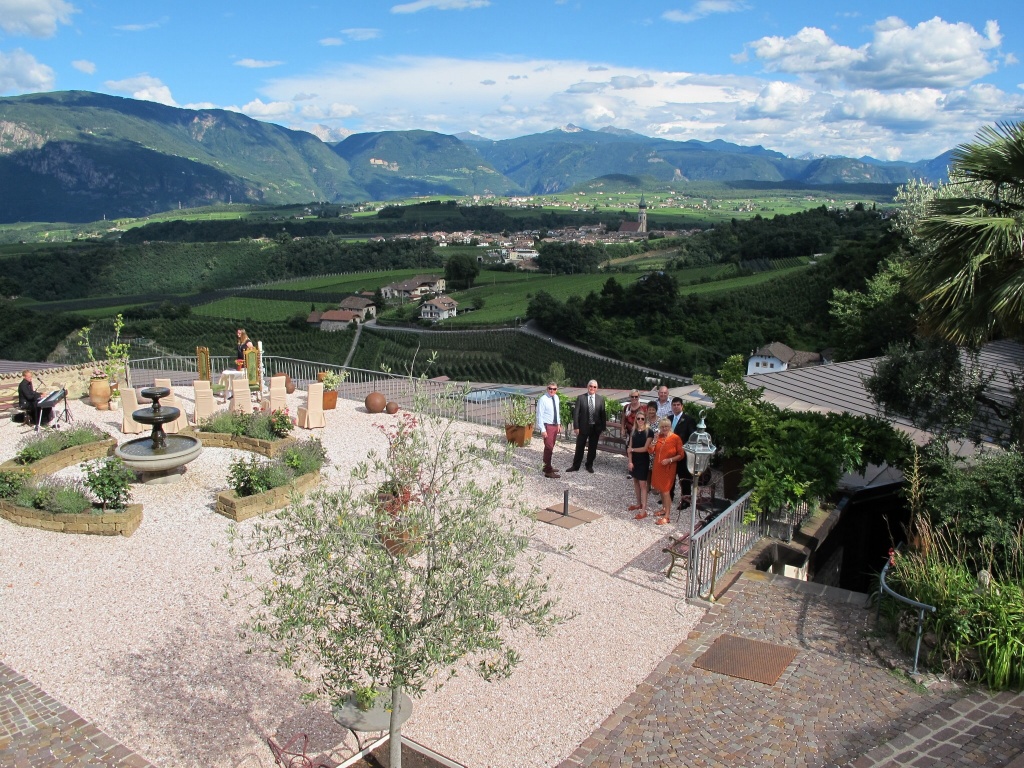 This is the setting where the actual wedding took place … we are all waiting the arrival of the very beautiful Abby and their delightful children Alyssa and Alec to arrive for the ceremony.  Ryan was a bit jittery at this stage! 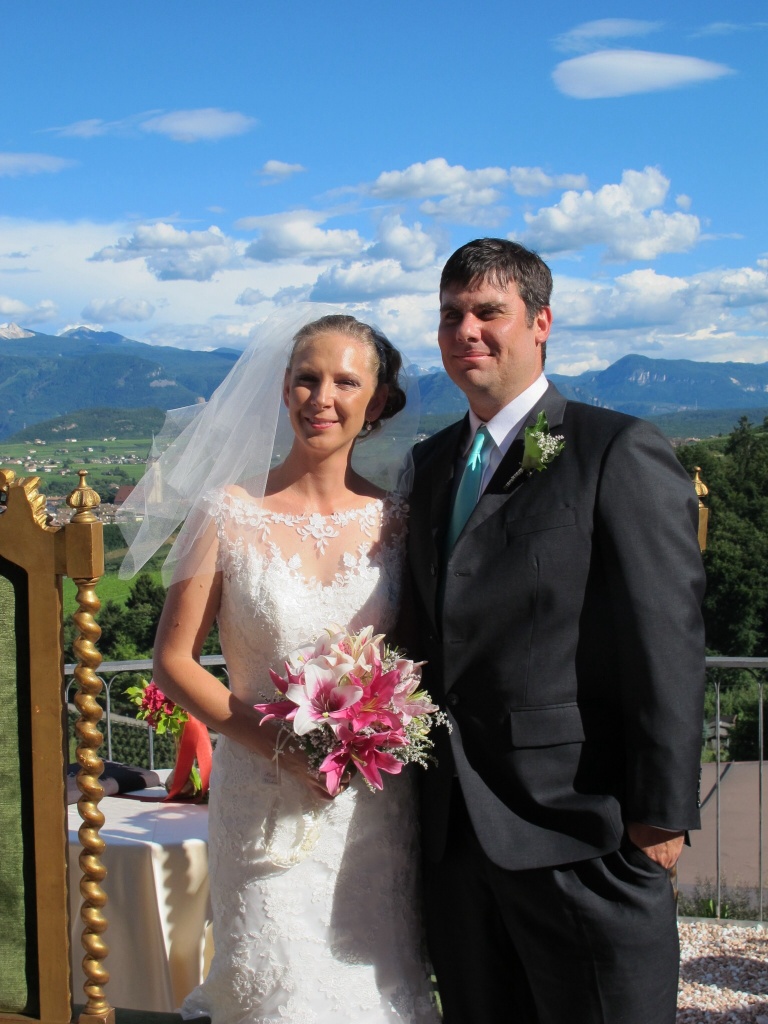 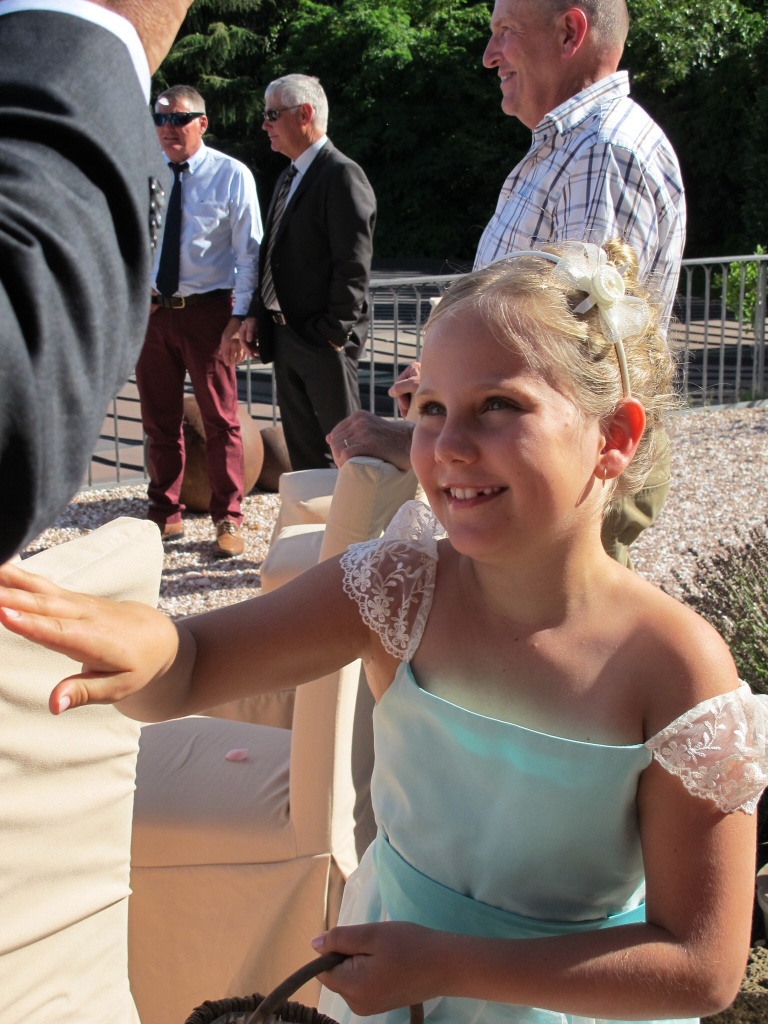 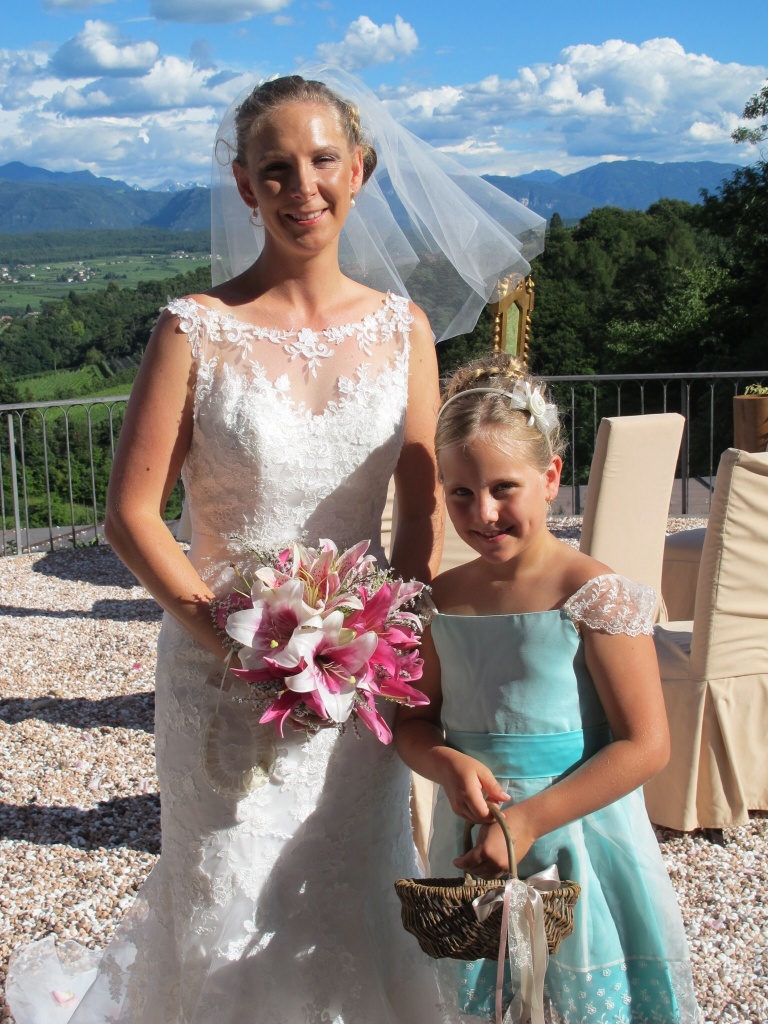 The ceremony was lovely … the view was to die for and Ab had organised a great musician to play for the night and he started at the ceremony.  John took a couple of videos of the ceremony which I will endeavour.

After the ceremony the Hardy family took off for photos and we all headed to the front deck of the castle of drinks.  Abby and Ryan had organised canapes and champagne for the guests while the photos were being taken.

I thought that the champagne was lovely but had no idea what it was until we got to about the 10th bottle when I found out that we were drinking 1999/2000 Dom Perignon.  We actually ended up drinking 17 bottles and it was one hell of a party.  17 bottles … 10 people!!!!!!! 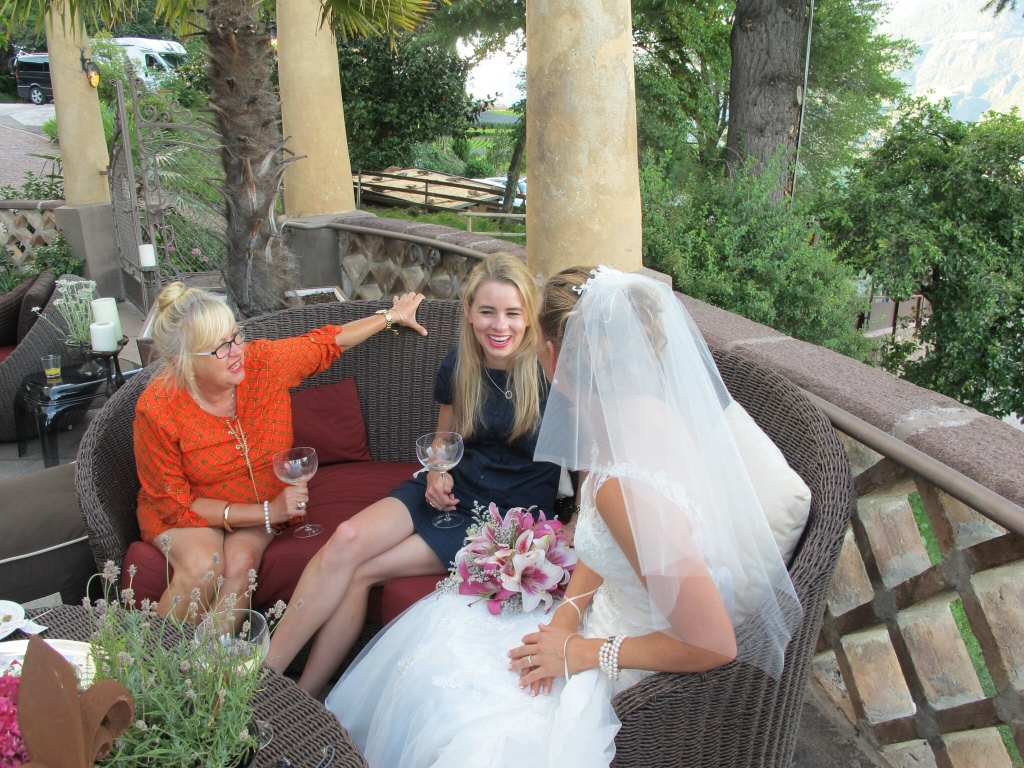 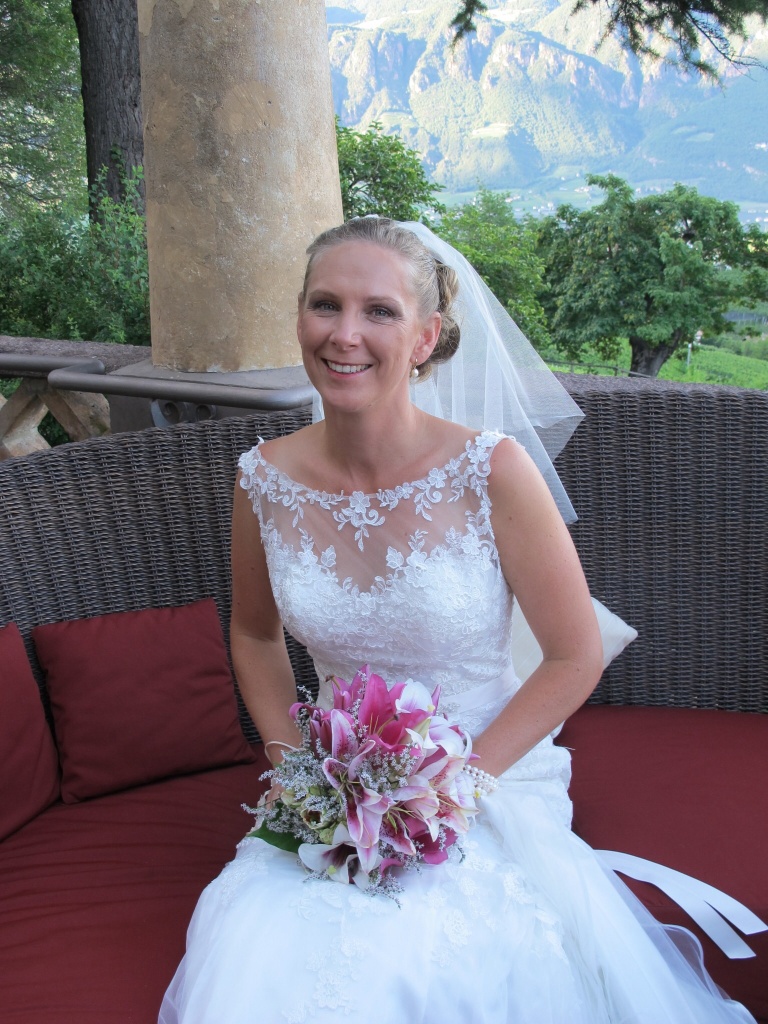 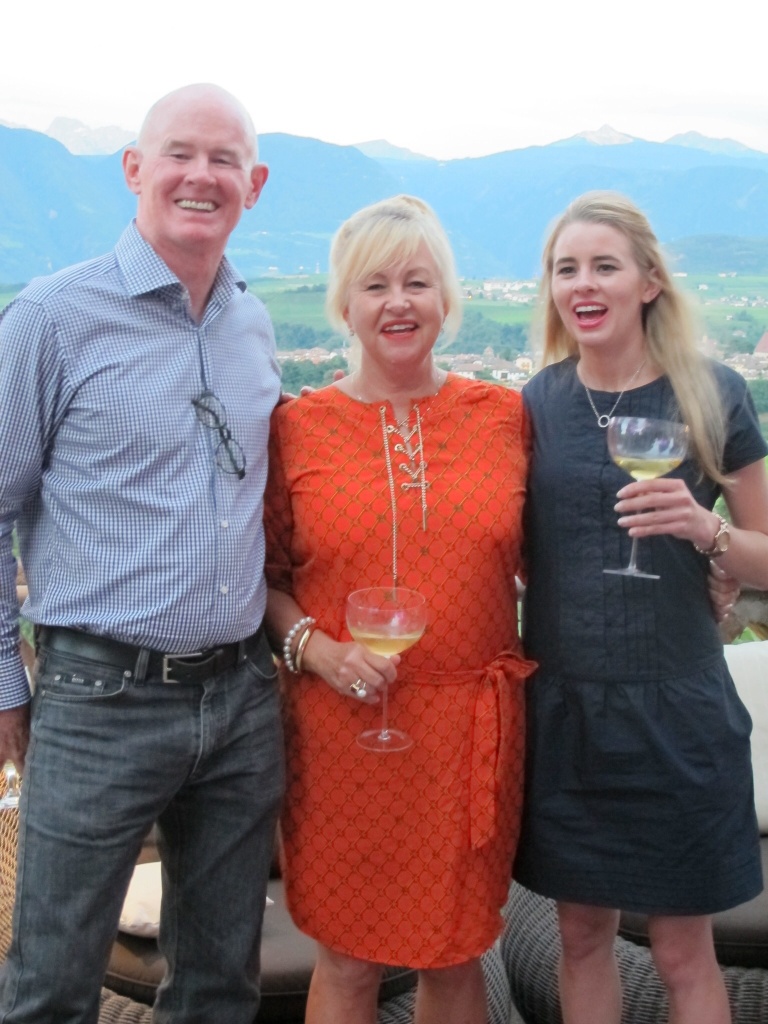 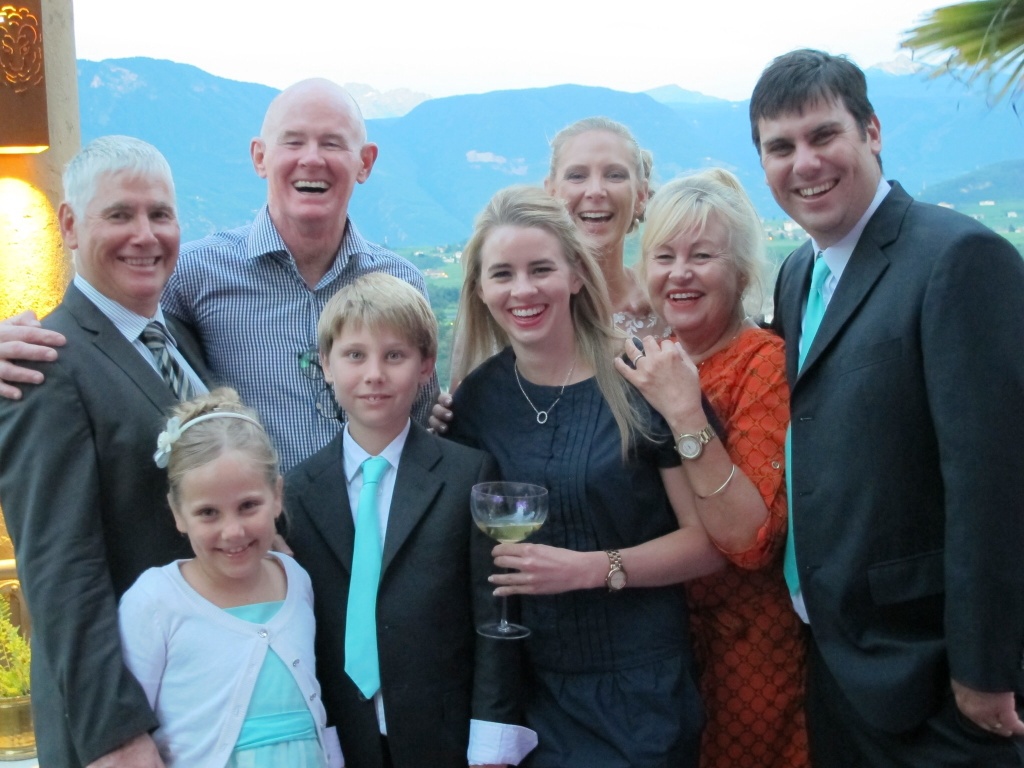 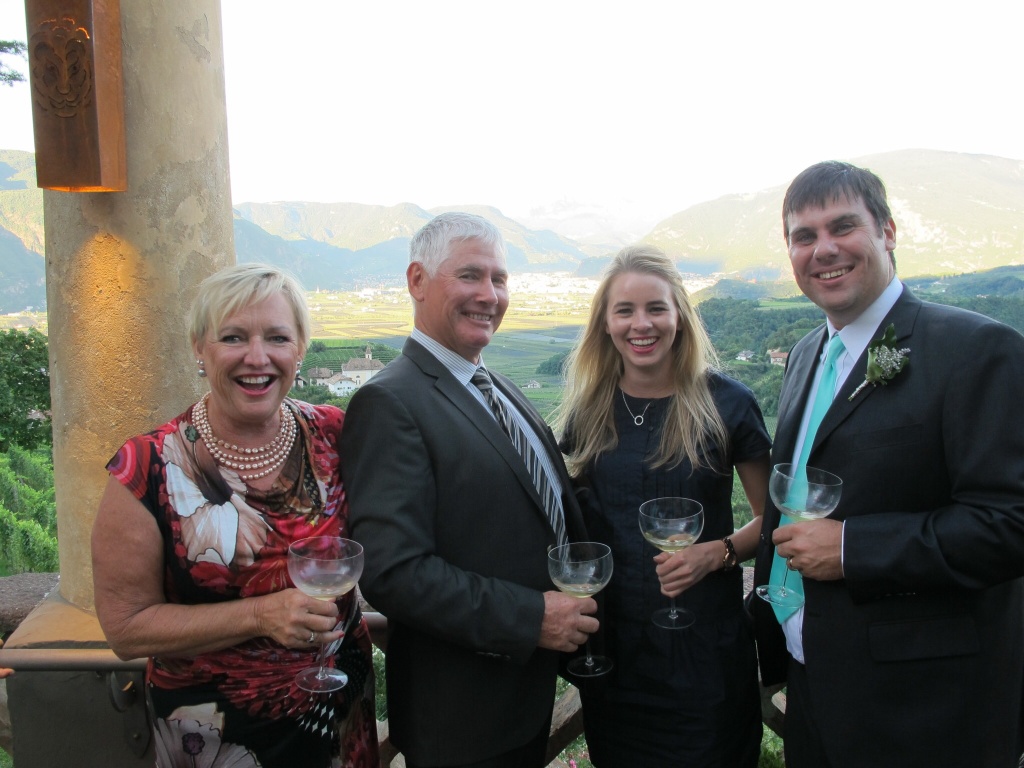 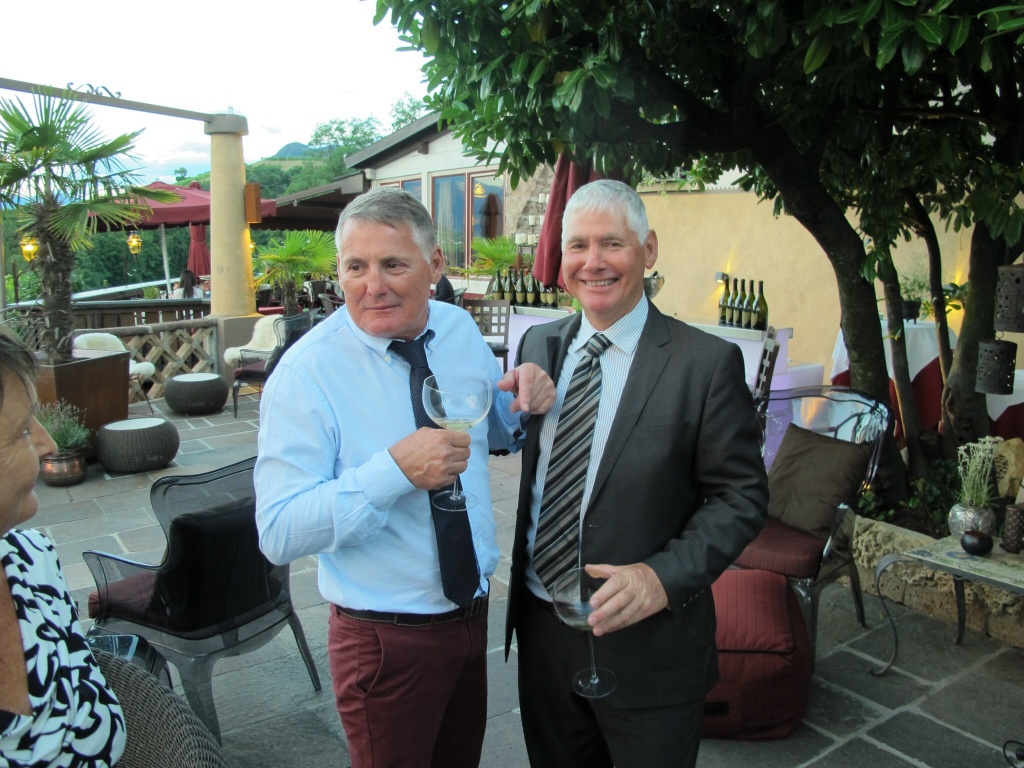 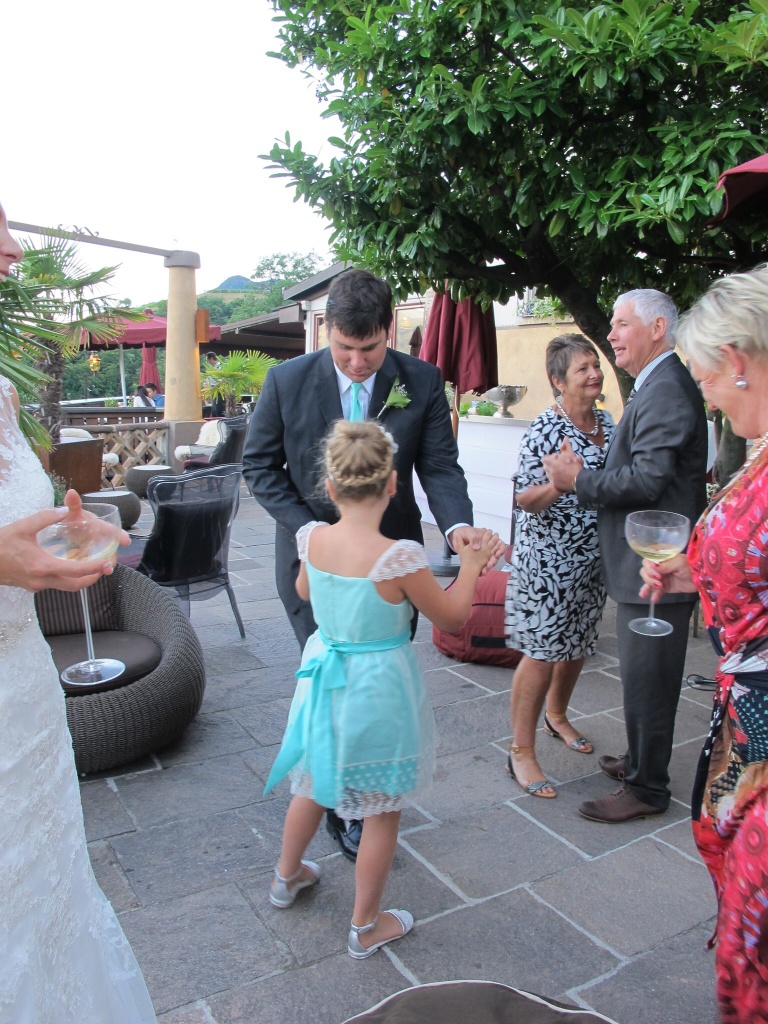 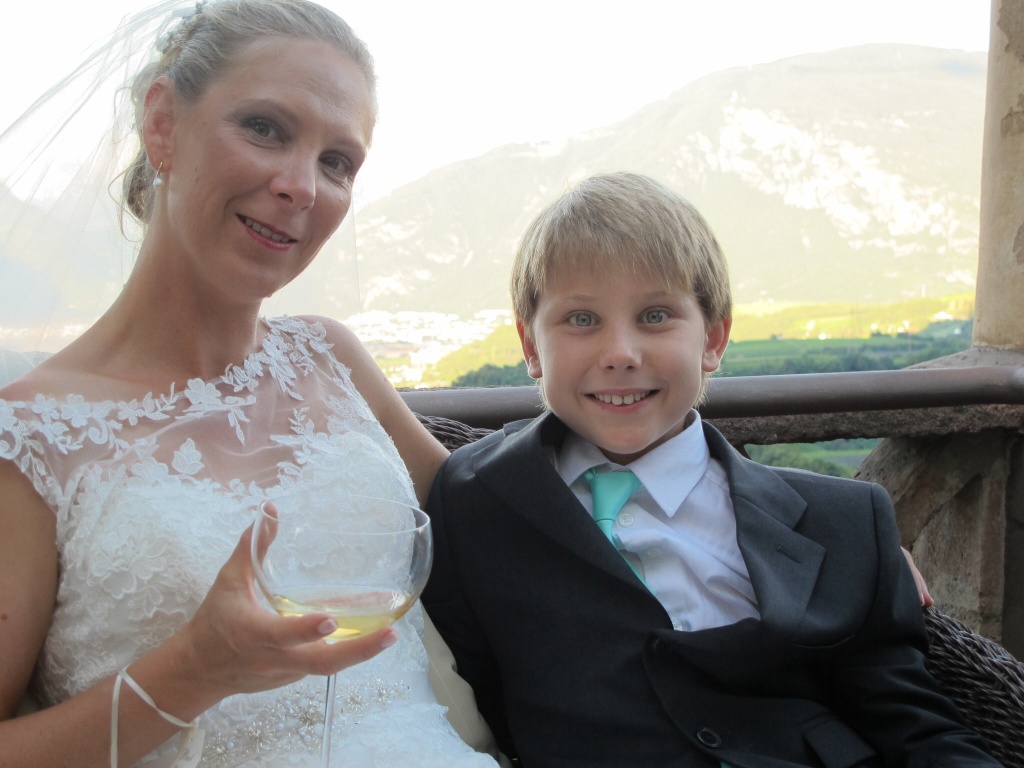 As you can see by these photos there was lots of laughing and dancing and everyone had a great time.  This is the menu that we were served.  The food was outstanding … the best meal that I have had in europe this year by a hundred miles. 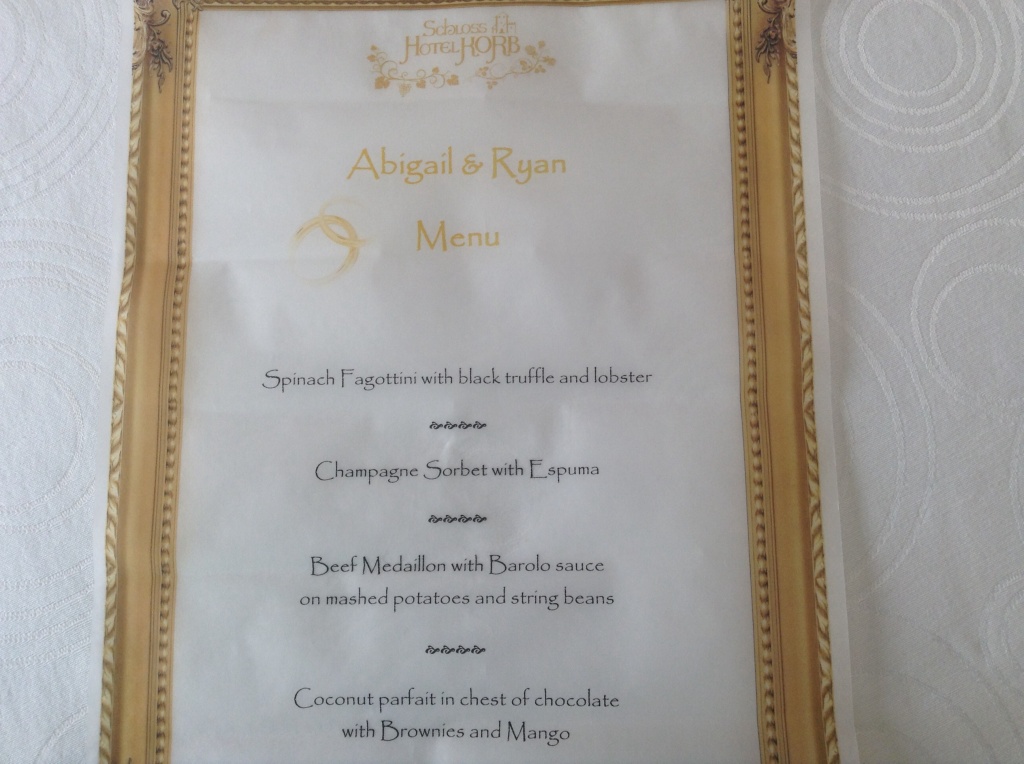 Abby did an amazing job of finding this venue and organising a very special occasion.  They had been travelling around europe for a month via car and camper van and she had managed to keep that beautiful dress looking fabulous by just zipping it in to one half of her suitcase.  After driving around Italy for a month with Ryan (a lot of funny stories there) she still managed to look serene and beautiful!  Alec and Alyssa were a delight and extremely well mannered and well behaved until one of the guests late in the evening decided to start a petal throwing war that ended in hydrangeas being shoved down clothes.  No, it was John … it was me … but it was great fun after loads of champagne, followed by red and white.

Below is my favourite photo … I think it sums up the night as they both look very happy!  Thank you Ab and Ryan … we had a fabulous evening! 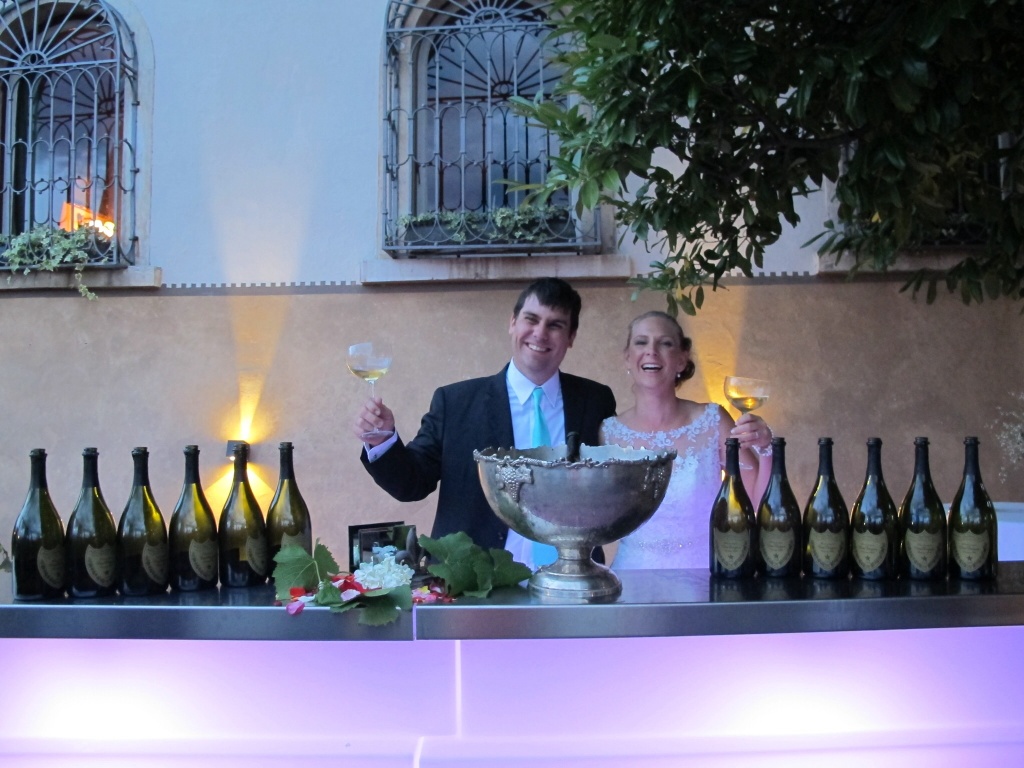