Wednesday 4 June it rained most of the day. We walked with Hugues and just sat down at a picnic table for lunch when the heavens really opened up and we had to find shelter in a grubby area where a very large public bbq was … consequently lots of soot, but we survived.

We arrived in Marciac which had an interesting square. We found a patisserie and bought a couple of cakes, found Bruce and headed to a cafe for a hot chocolate as it had been a wet day and we needed a bit of reviving!

I stayed in a little hotel on the square. I was pretty exhausted and couldn’t be bothered eating at a restaurant so bought a pizza. The pizza was great except they had a half raw egg in the middle of it. As we didn’t have a big day the next day we decided to have a sleep in. Just nice not have to wake up to the alarm at 7 am.

We met at 10 am but managed to fiddle around in the town until 11.30 am when we started our 18 km for the day. When we walked out of Marciac there was a rather large hill. At the top MR walked into a paddock to take photos of Marciac as there was a great view. I turned around and walked over the other side and there laid out in front of me were the very snow capped Pyrenees. They looked spectacular! We were pretty awe struck as we knew that we had to walk over them eventually!

Friday 6 June we walked 23 km into Anoye. As there wasn’t any suitable accommodiation for me … mainly because I am a sook and don’t like staying in pilgrim accommodation with no sheets and the strong possibility of bedbugs, Bruce picked us up and drove us into Moorlaas (more or less!)

Exhausted again, dodgy hotel and of course bought a dodgy pizza. You get nights like that! Step back to the day though … I was shattered by lunchtime. Literally sat down by the side of the road at 12.30 pm (we usually find somewhere nice to eat our picnic lunch which MR very kindly prepares for us!) and said I need to eat. I lay on my back for about 20 minutes and was really exhausted.

Trudged on thinking what the hell am I going to do I have to have a day off but don’t want to stop MR and cause Bruce to be stuck on this camino any longer than he has to. Decided that I would just skip the next day as it was only 15 km and I just needed a rest. With this in mind I managed to walk on and finish the day. We all discussed it and as it turned out I actually pulled up alright and decided that I would walk the next day. 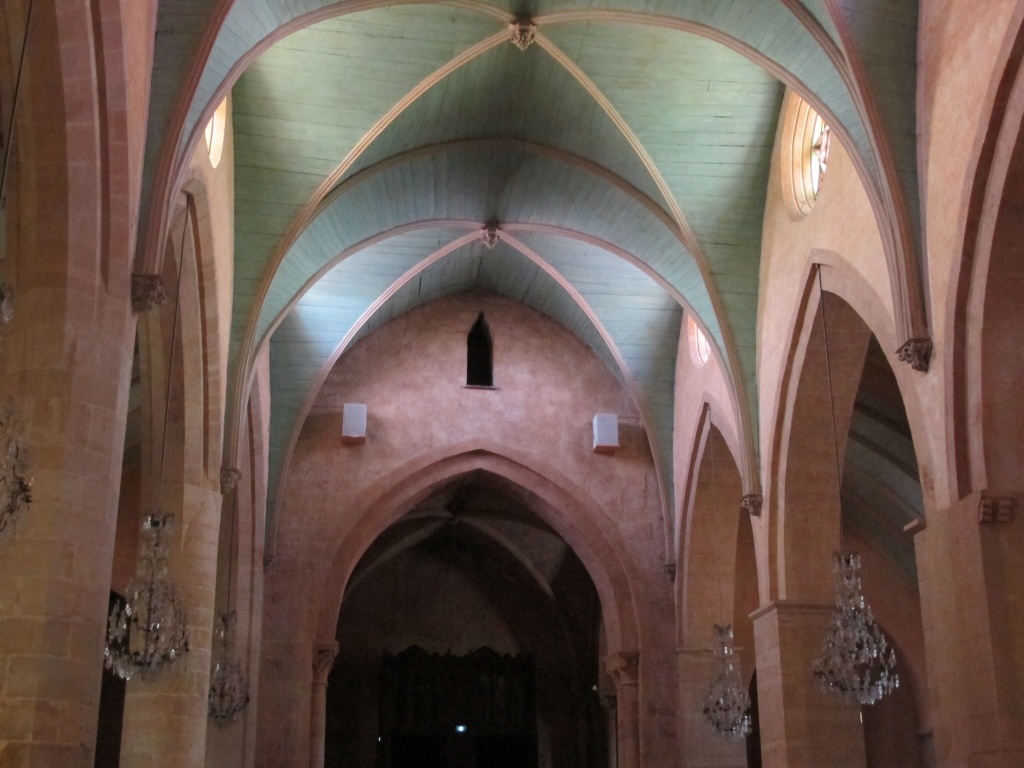 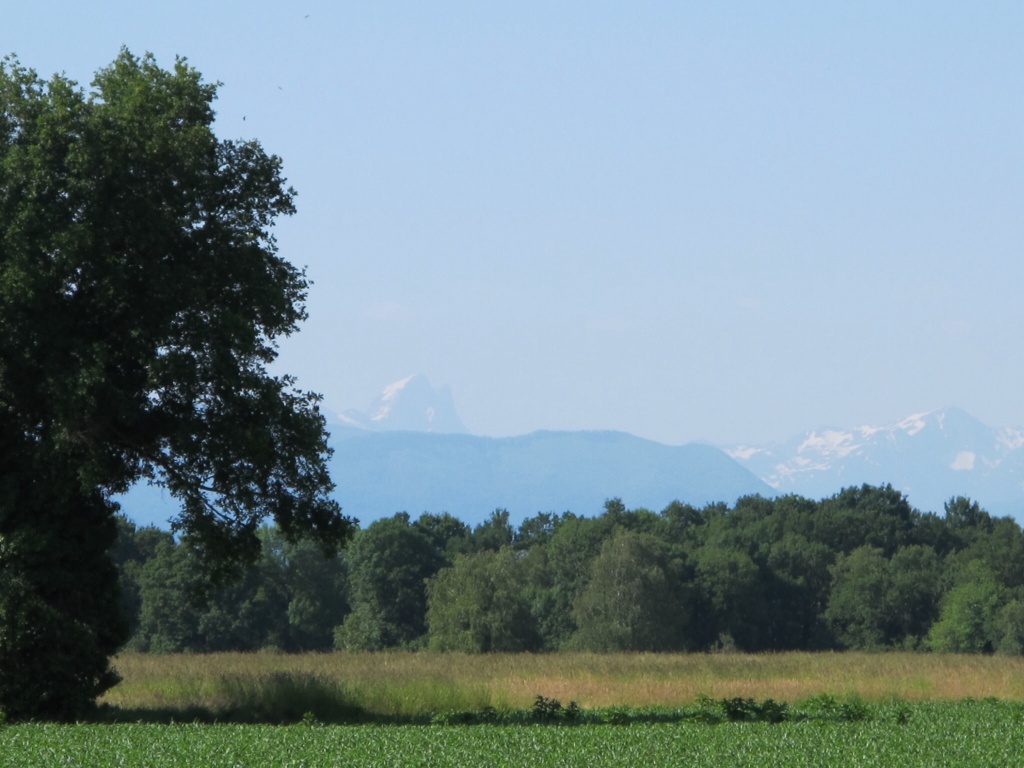 We were back in “more or less” for the another night (Bruce had to drive us back to Anoye to start the walk). We went into the church … I can tell you I have seen a million in europe, but I particularly liked this one.

I had changed hotels and I had a lovely meal with MR and Bruce. They were in a great spot with electricity and under a canopy of trees. Luckily I rallied and was ok to continue the walk without a day off.

Saturday 7 June we walked around Pau which is a big town and to Lescar. A lot of bitumen so hard on the feet but not a long walk. At Lescar we ran into the Three Wise Men and Hugues. Hugues gave us a guided tour of the church which used to be a cathedral back in the day. We took lots of photos of each other as we knew that we wouldn’t see Hugues again as he was heading on to Orloron and it would be his last day on Sunday.

We jumped in the van as we had to find my accommodation which actually took us nearly an hour and a half to find and was just a house with no sign. It was pretty ordinary I can tell you … I had a bedroom in this ladies house. I really don’t know how these people manage to get their name in the book. Once again I survived and the lovely MR once again cooked me a meal! She is a fantastic cook and goodness knows where she gets the energy to cook each night because most nights I am shattered.

Monday 9 June we only had 17 km to walk and we were both very energetic. We stopped in a park for a snack in a town called Lacommande. There was a beautiful house across the road that we were admiring. MR said “Do you suppose that they might have just baked a cake and might invite us in for a cup of coffee … because guess what …. it was another public holiday and everything was closed! With that I saw a lovely lady in the garden and said hello to her in French. She immediately replied in English …that is how good my accent is!

So I walked over and told her that we were admiring her house and how beautiful it was. She was delightful and invited me in to show me where they had converted the barn into living areas. MR joined me and we chatted with her for a while. I asked her if she had a sense of humour and she said yes, so I told her the cake story. She laughed and said we must have coffee. I wasn’t really hedging for her to do that but we were pretty excited. With that her lovely Spanish husband Jose joined us.

Regine was French but had worked in Great Britain for sometime so had perfect English. They had just come back from a week in Brittany and had the garden furniture packed away, so we helped them pulled it out and we had a lovely hour drinking coffee and chatting to them. They were gorgeous people. 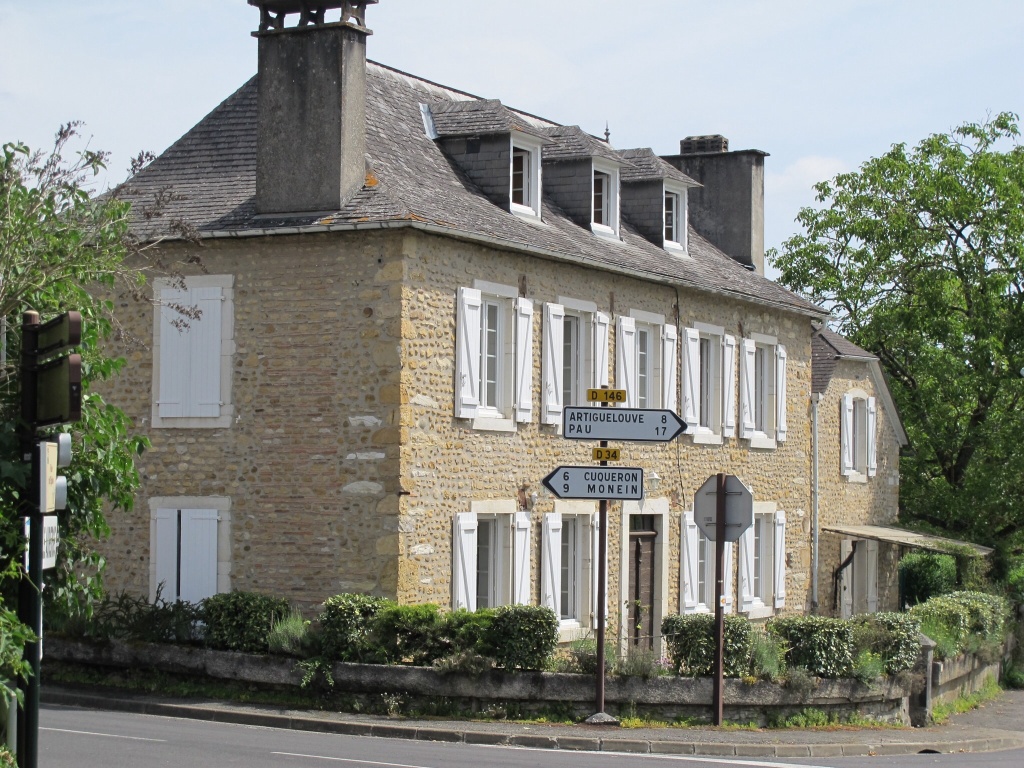 After we left them we were very chuffed at our great experience. We immediately ran into Hugues, the Three Wise Men and Marathon man and his girlfriend. Now he has this knickname for obvious reasons … he runs marathons and looks very fit. Hugues told us as we were walking with him that Marathon Man took only 40 days to walk from Le Puy to Santiago. That is ridiculous … I worked out that he would have had to walk 40 kms most days. What is the point? He also took 22 days to go from St Jean via the Northern Route to Santiago … also ridiculous!

Moving on … we felt very energetic this day, so energetic in fact that we overshot the town! Ha! A phone call or two to Bruce and we figured out where we went wrong and he came to our rescue as usual. He had sussed out the accommodation for the night and it was a lovely Chambre D’Hotel on a farm … they are the best ones. Jan was lovely and welcomed us all. Bruce and MR parked there van just outside the front garden, which was lovely. The Three Wise Men were also staying there. We had a nice meal together …it is amazing how you can still communicate with very little of each other’s language. Even though we only walked 18 km the going was a bit tough so by the time we hit Maubourguet I was pretty exhausted …  again. 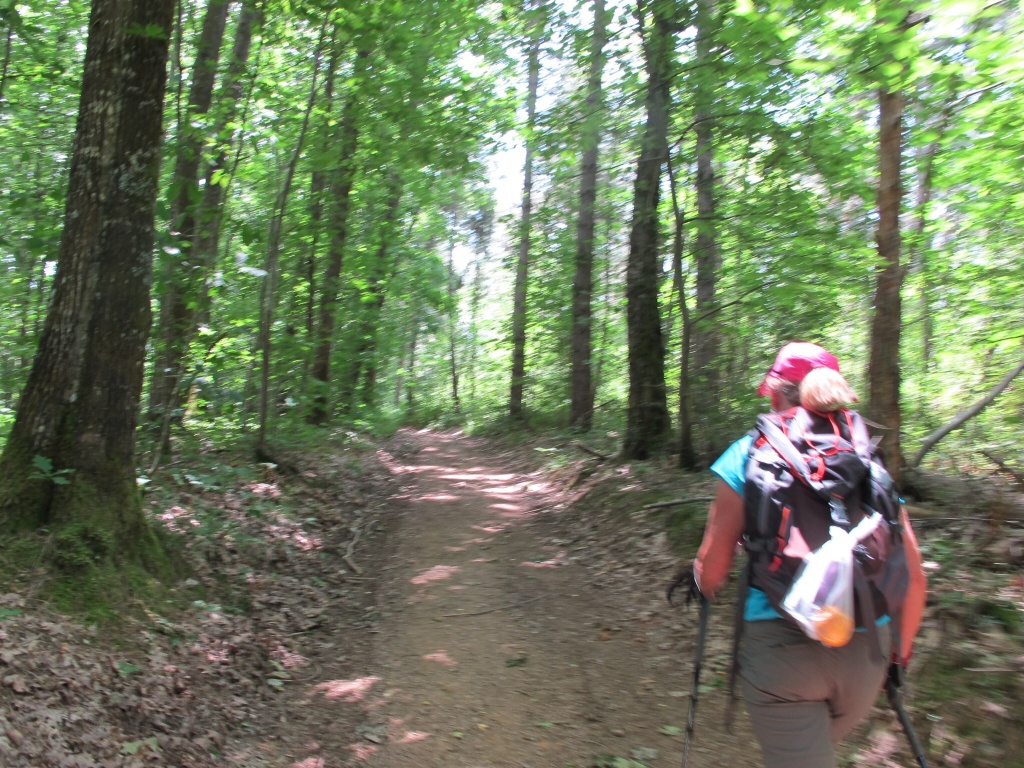 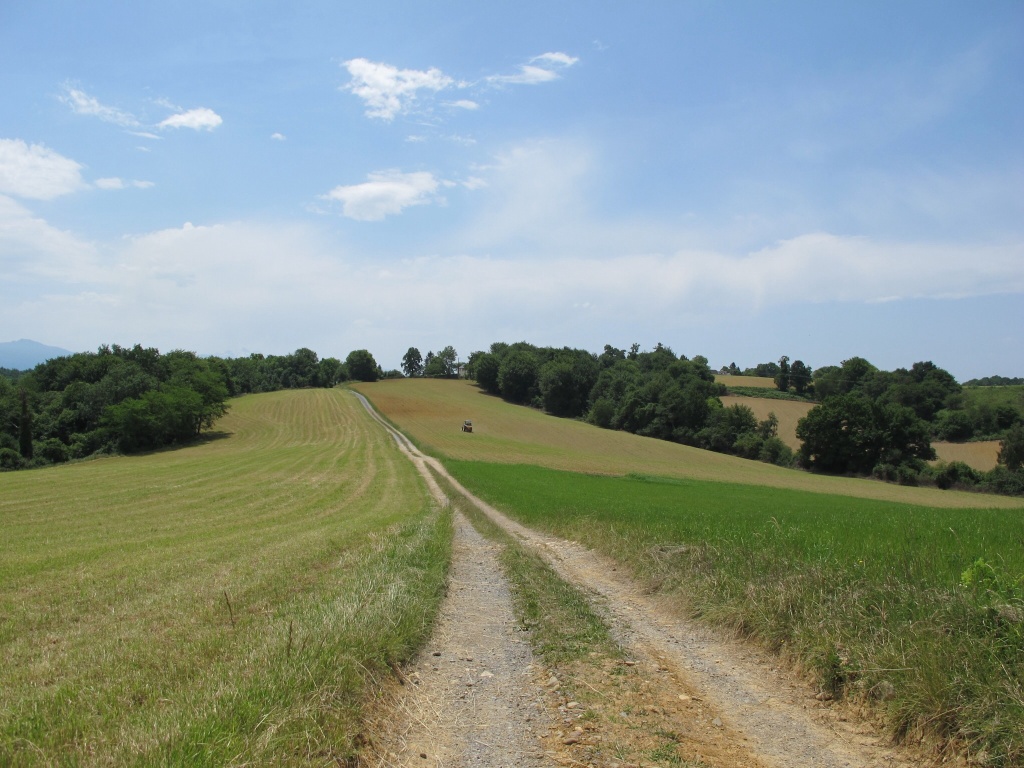