Easter Sunday … the night was back in Collioure 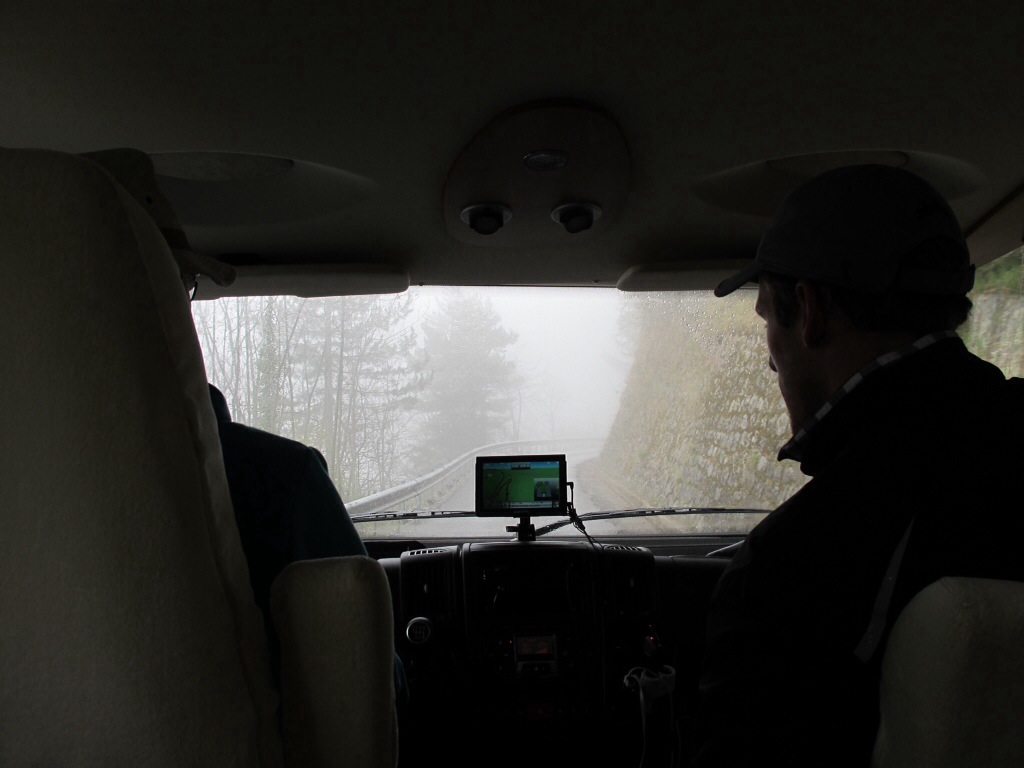 Easter Sunday and Easter eggs for the kids … and adults!

By the time we woke up most of the fog had cleared. It had been a very cold night. Breakfast inside the van as it was just too cold to venture out.

The weather really wasn’t very good so we decided to head to another hot springs hotel down the valley that a lady had told us about called The Grand Hotel.

Once again a windy drive … just getting out of the previous night stop was bad enough … we had to back up three time to let cars through and as you can see it was quite misty.

We eventually found the Grand Hotel and were seriously impressed with its grandeur and location. Unfortunately the spa was closed on Sundays! We were very disappointed but the lady was lovely and she let us have a look around.

Like most of these beautiful grand dames they are usually deserted and you wonder how they manage to make a dollar. Nevertheless, they are beautiful. 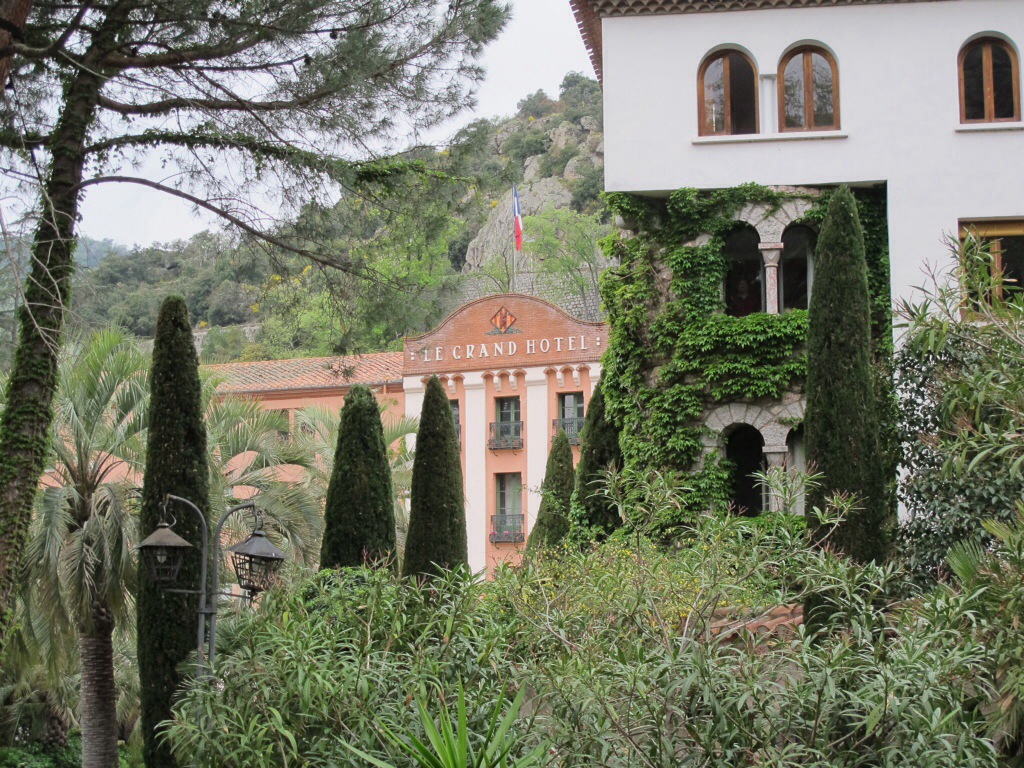 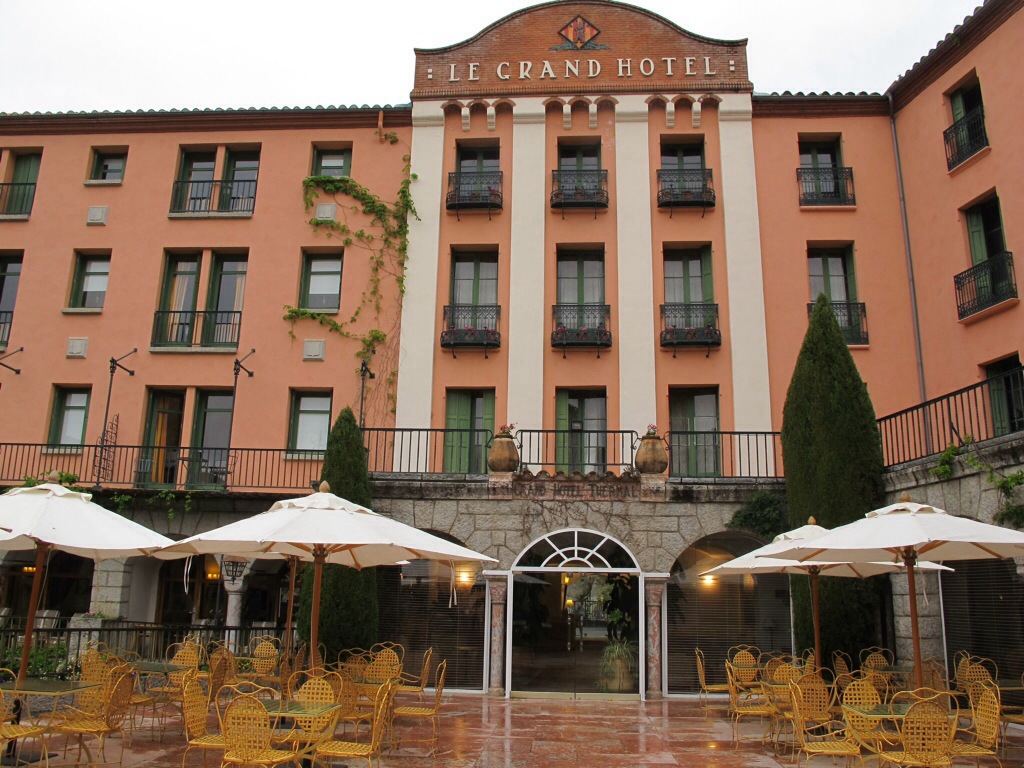 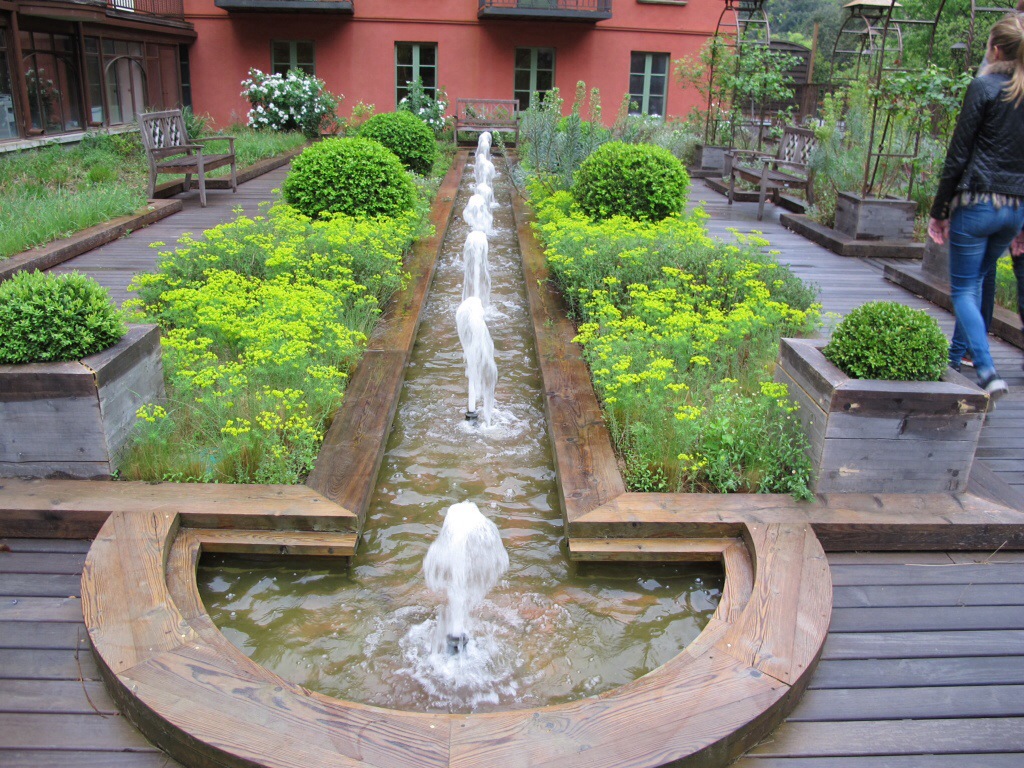 So next stop was another standout that one of the locals had told us about … an award winning bakery.

So off we trotted and were a bit worried as it was Easter Sunday and you could forgive them for not being open. But we were in luck. We rocked up at 2.40 pm and there was a sign saying that they opened at 3 pm. Yeeha! 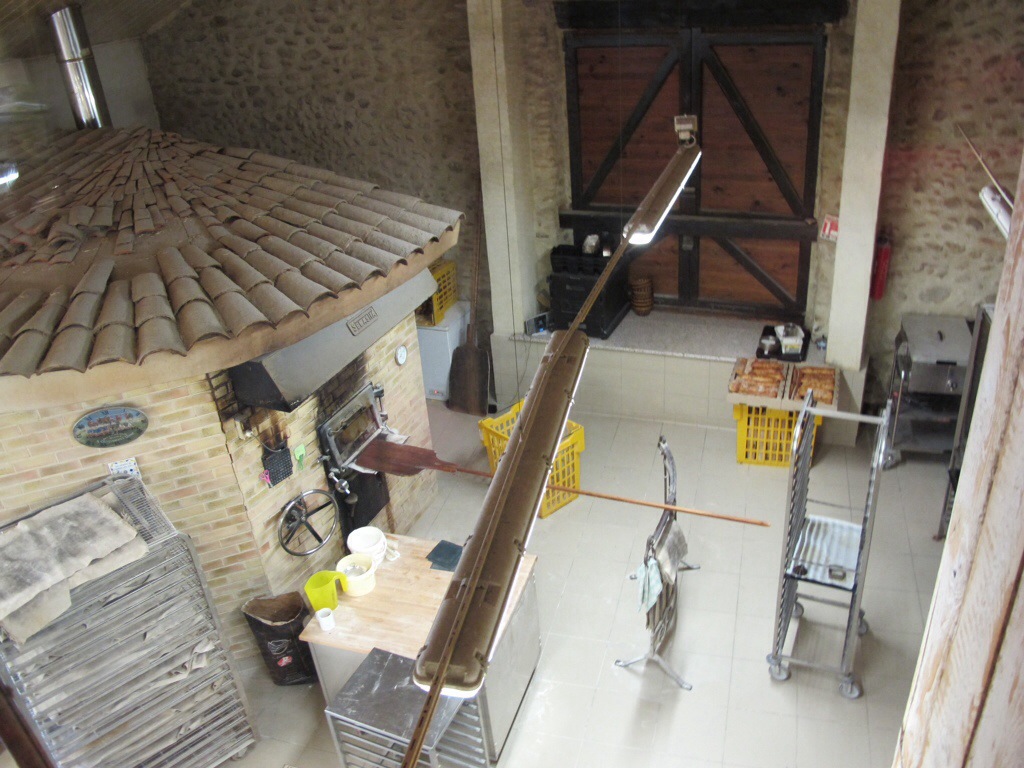 Apparently they run baking classes on a regular basis. We never did find out what the chickens were made of, but they looked impressive.

So armed with way more food than we needed we decided to have lunch outside the bakery, but we had a little visitor on the salad plate. A little French snail decided to hop out of the lettuce. Well, at least you know that it is fresh!

Obviously Matilda was starting to get bored with the trip, so it was time to move on to Perpignan.