Vernet Les Baines … up in the Pyrenees

The crew chomping their way through more food. I got really lucky, I found par baked gluten free baguettes for Till. It was great for her to have a change and to be able to eat bread.

So Easter Saturday the boys headed back down to the beach to have a swim. Till and I had showers and then headed down later … passed them on the way. We had a wander around the shops and had a coffee.

When we got back the boys had showered and were cooking brunch.

The weather wasn’t great and wasn’t going to get much better so we decided to go to a tourist office and find out where there were some hot baths.

We headed inland in the direction of Vernet Les Baines where there was some hot baths. On route we came across a great Catalan town called Villafranca something or other. It was a really old town that actually felt more Spanish than French. It was great for Hooz to see some really medieval architecture. 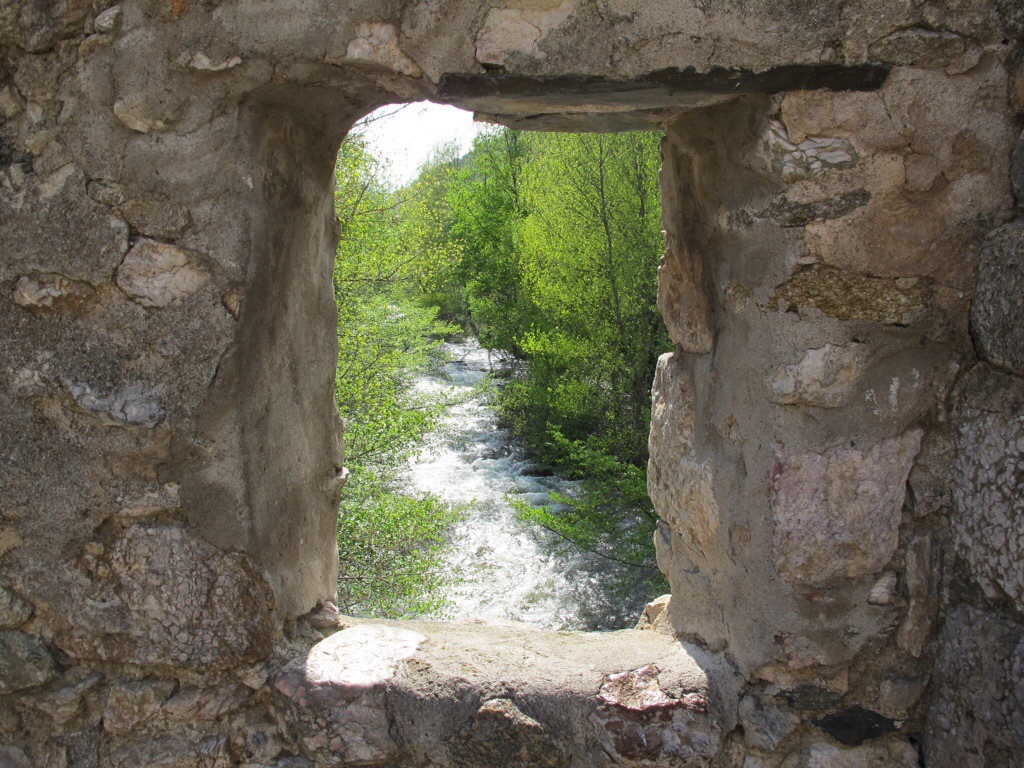 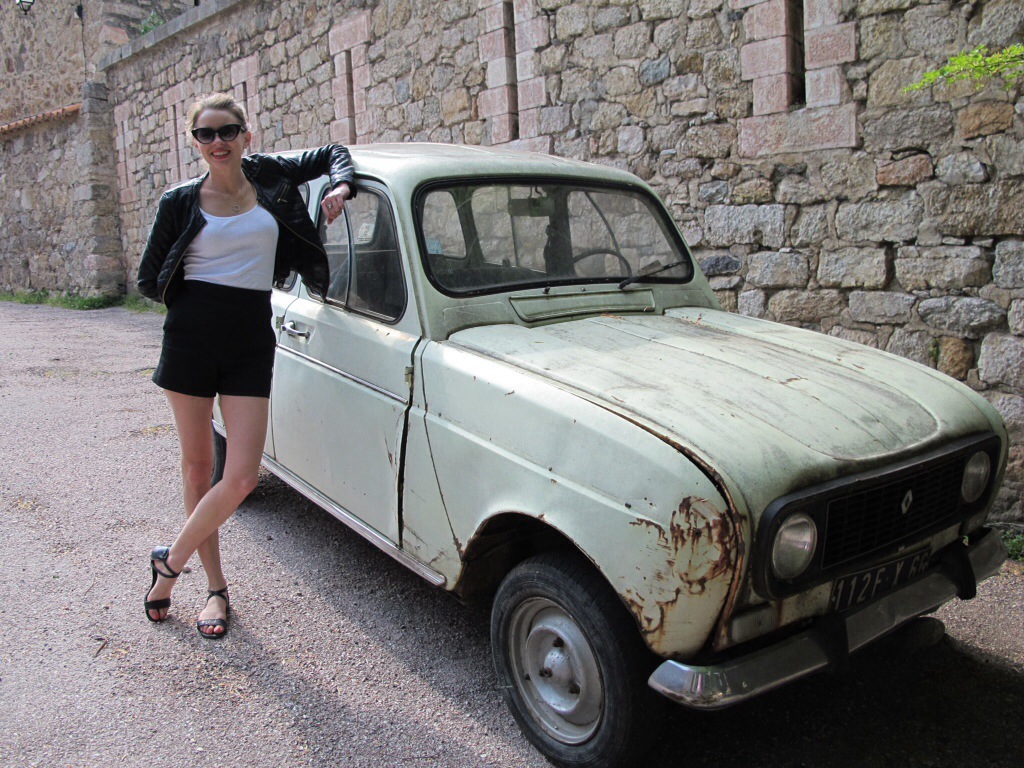 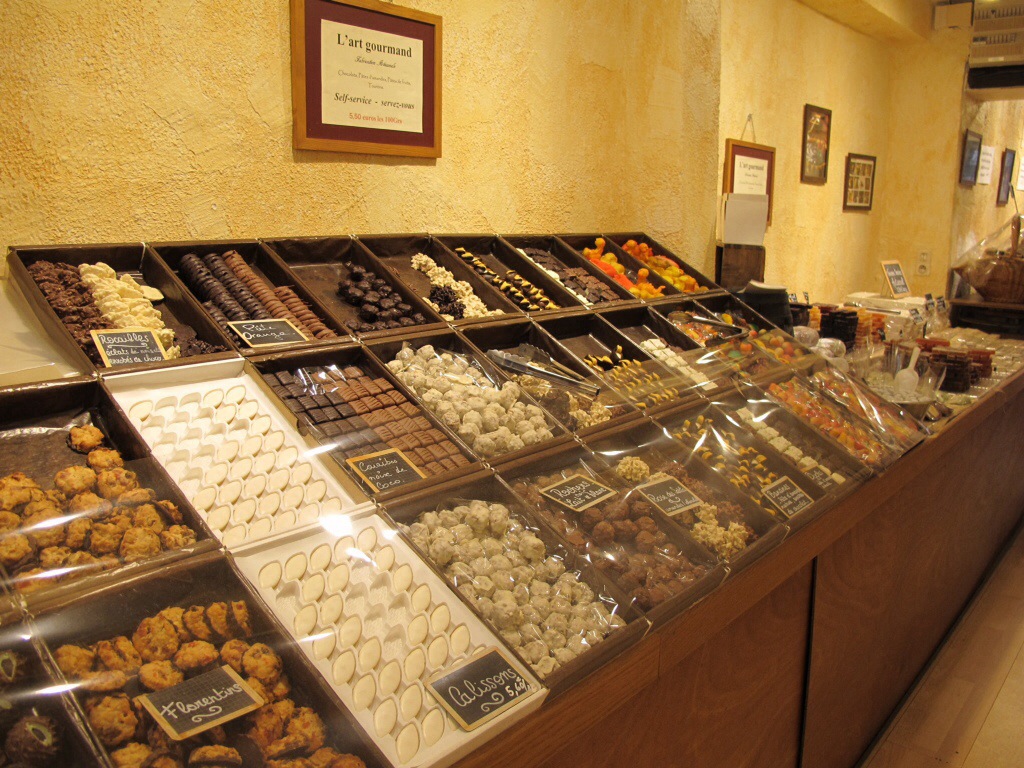 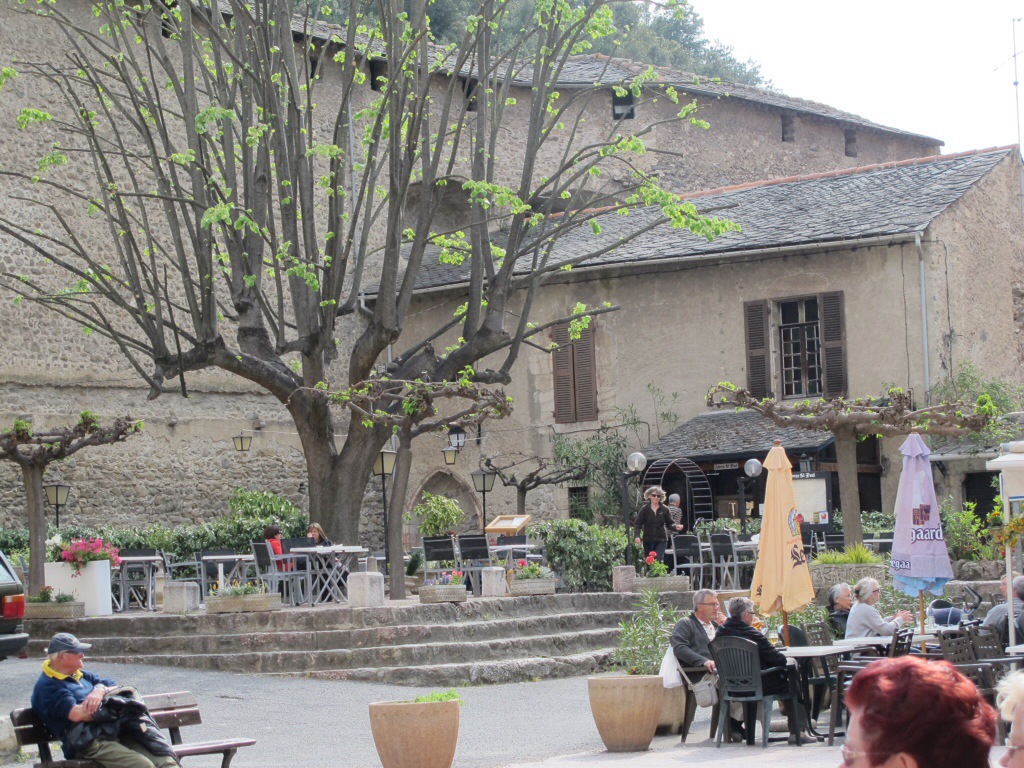 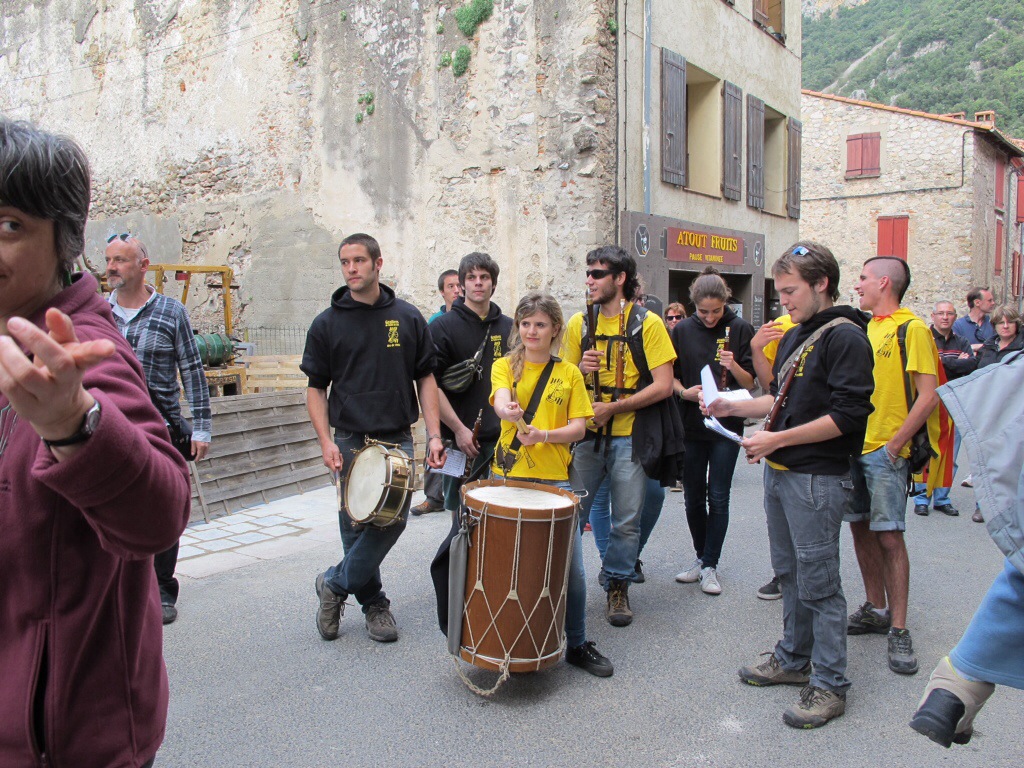 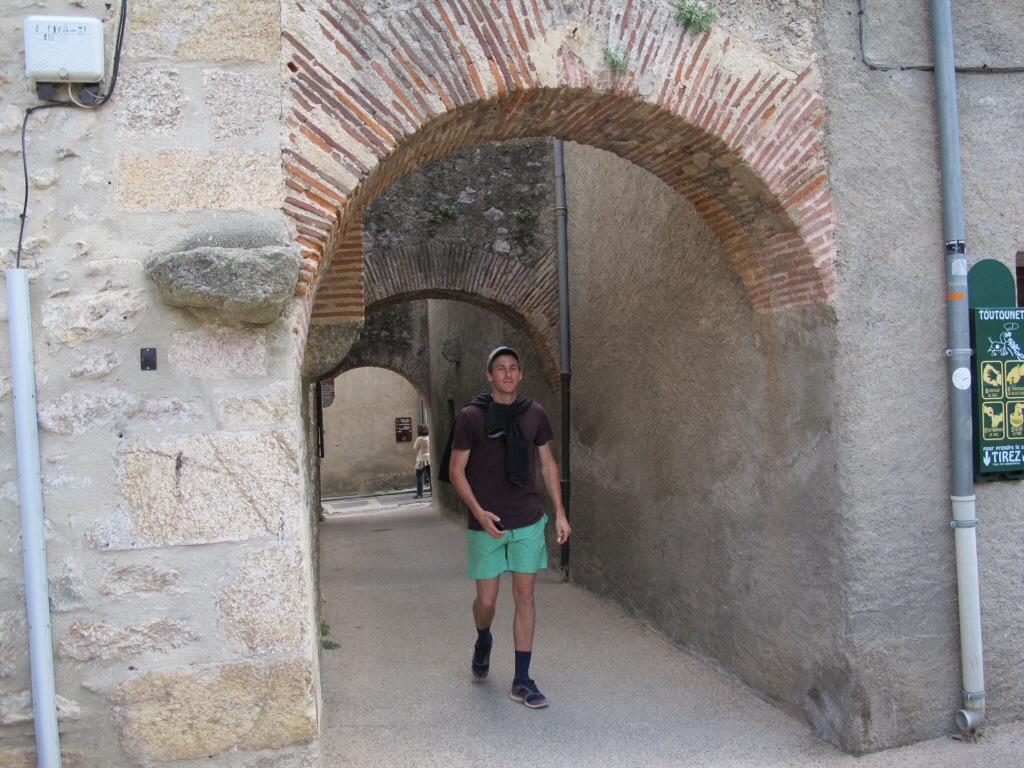 We found this fabulous bakery that also had home made ice cream … the best salty caramel ice-cream I have ever had.

We had a really good look around before starting a serious climb up into the mountains … you know how much I love climbing mountains. The roads got narrower and narrower until only we could fit through and we had to back up a couple of times to let cars through.

We finally made it to the town that ended up just being a thermal baths establishment. The water came in at 53 degrees and they lowered it to 35 degress. It was fed from a natural hot springs that smelled very strongly of sulphur. We had an hour to spare so all grabbed our togs and jumped in. We met a nice couple from Wales that had a house in the area and suggested a few places for us to go.

More food! Till preparing a salad, the boys cooking a bbq. Hooz insisted on having a fire … that was a first for us, but it was pretty safe as it was freezing cold and the air was very damp. We just stayed at the car park down from the baths. John decided to put the awning out before he went to bed because it was going to rain. About an hour later I woke to it flapping like mad so I woke him and he went out (in his undies) to pull it back in … it took a bit of mucking around and by the time he got back to bed he was frozen.