Wednesday 16th, still heading in the general direction of Spain to pick Till and Hooz up, we came across this round symbol on a sign and decided to head to the town. As it turned out it is the symbol for “Grand Sites de France”. This particular one was a grotte … cave! It also had a archeological museum attached to it. The cave was very nice … after we descended down a millions stairs!

It was a very relaxed and peaceful as there was only the guide (who predominantly spoke in French), a family of four with lovely well behaved young children who the guide entertained, and us.

The museum was very well done and once again very peaceful as we are well out of the tourist season. There were several TV’s around the museum with interview from the archeologists with English subtitles.

After the exhaustion of the tour … ha ha! We had lunch and I had a little nap. John woke me up an hour later and I felt like I was coming out of a coma. He said “quick come outside and look at this” and shoved me on one of those flying foxes that you sit on. I went flying through the air, half asleep, killing myself laughing. A great way to wake yourself up. Of course I had to do it several more times then.

That night aires were a bit sparse where we were, so we headed a bit south to Aigues Mortes, which is a fabulous walled city down on the edge of the Camargue area. Till, Daisy and I stayed there for a night. There used to be a great aire right across the little inlet with a great view of the walled city. But this time we just couldn’t figure out how to get there. I have to admit it did cause a bit of tension, but eventually we found another aire on the other side of the wall. Daisy it is the place where your hat blew off when we were walking around the top of the wall.

We arrived late and walked into the city for a quick beer and pastis. It was actually good getting there late because all of the tourists had gone and the bar we sat in was just full of locals. 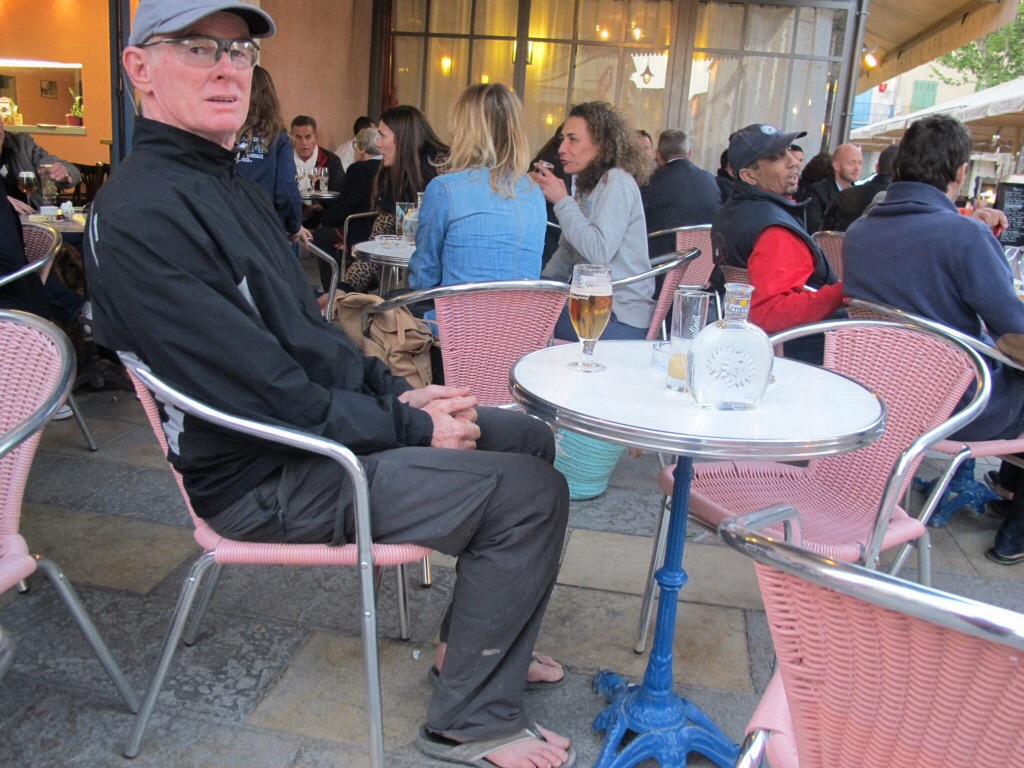