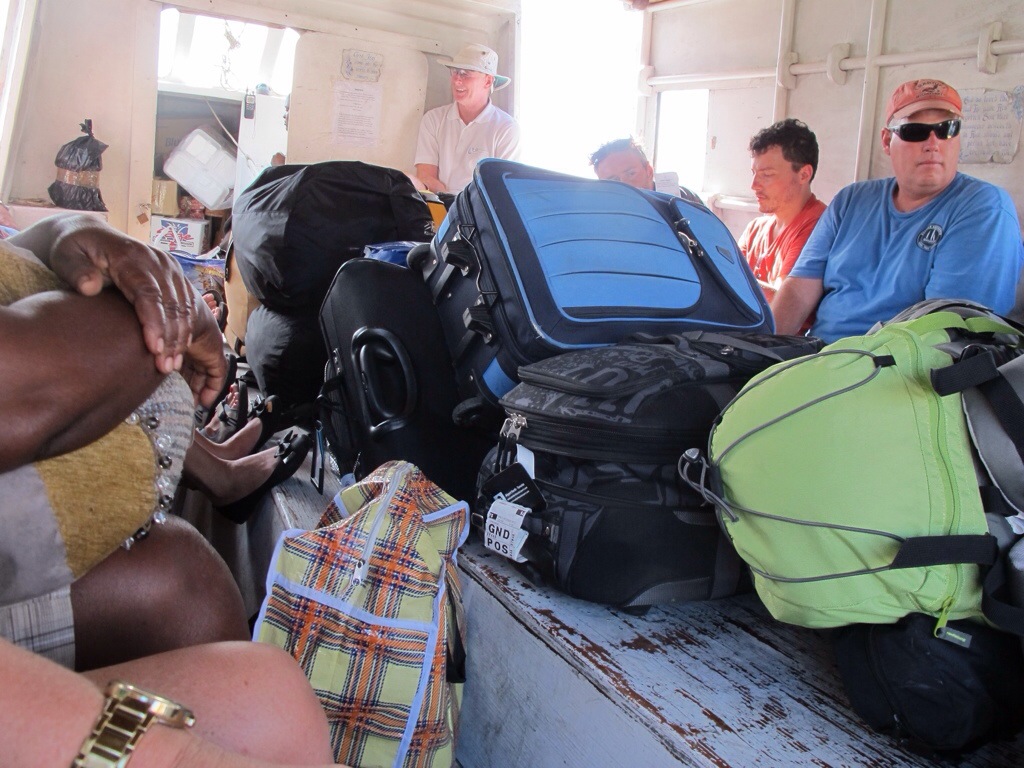 What a day … the entire procedure for boarding the boat took approximately 6 hours … the trip across to Union actually only took 45 minutes.

This is how it went … First of all we had to go to immigration and book out of Grenada. That all went well … it only took 10 minutes. Then we went down to the boat to see what time it was departing for Union. Couldn’t find the skipper, spoke to customs everyone was pretty relaxed but we still didn’t know what was happening. The Commonwealth Torch festivities began, which I thoroughly enjoyed watching … during this time a fellow came up to us and said “So, you want to go to Union?” We said yes and then he said, “I am Troy, the skipper, bring your bags down to the boat at 11 am.” Then he took us to a little tiny food outlet and we met a girl, Shonelle who was in charge of sorting out immigration into St Vincent and the Grenadines. She is the skippers offsider. So we filled out some forms and handed her the passports. Very brave of us! Then we took our bags to the boat … also brave of us … now they had our bags and our passports! Ha! We were told to be back at the boat at 1.45 pm for a 2 pm departure.

We rocked up back at the boat on time to be told that they still had to load some cargo on … shouldn’t be long. So we found some shade and unfortunately this poor turtle in a fishing boat on the shore. 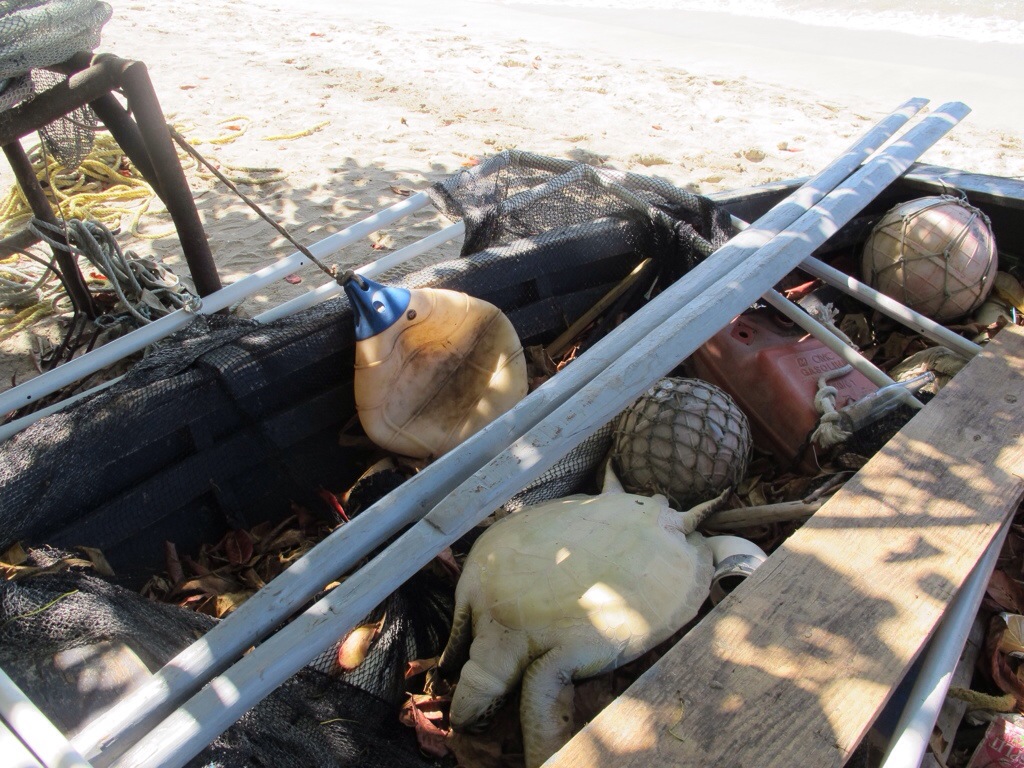 We watched for two hours while they loaded dozens of cartons of softdrink, hundreds of kilos of potatoes and onions, chickpeas, lentils etc etc … followed by the final load of about a dozen cartons of frozen chicken … didn’t stay frozen for long. The chicken came on board after we were seated … I was smart enough to get a position right at the back … just in case we starting sinking … I knew that I could dive out and swim to the nearest island fairly safely. John did a similar thing and positioned himself up in a side doorway … so that he could bail if needed.

It was quite scary as Troy threw the boxes to his offsider who was about 70 who struggled to catch the boxes. I was waiting for one to whack me in the head … about 10 kg of frozen chicken! … might have hurt just a tad!

Next came the luggage … all stuck on top … and we were finally off … about 6 hours after we started.

The actual trip only took about 45 minutes … and I didn’t get sick.

The next little adventure was actually trying to get to the little jetty on Union … where we had to disembark. By this time the tide had gone out and we were hitting the bottom and churning up a lot of mud and sand. I had a local lady next to me and she was laughing, saying “Oh, this should be interesting, we have bottomed!” With a lot of manoeuvring Troy managed to pull us along side another old wooden boat and we had to disembark via it. Slightly challenging, but we all made it. Then they managed to get the luggage off to us and shove fourteen of us into a 12 seater mini van with all of our luggage … we were jammed in like sardines, but managed to fit with Shonelle shoved in last, standing up and leaning over the luggage.

Off to the airport to go through customs. Another half hour wait, a stamp or two and we were finally free to go! Bloody hell, what a day! It brings a whole new meaning to “island hopping in the Caribbean” … not as romantic as some would think!!!!!! Ha!

So, finally free, we headed off on foot to find somewhere to stay for a couple of nights until the next ferry left on Monday … only two per week!

A local lady started speaking to us and she was a cleaner at some apartments owned by Charlie. So she contacted Charlie and he met us there. John haggled over the price, they finally agreed and we entered a rather modern little apartment with a kitchen, wifi and a bedroom with the toilet and shower in the same room … don’t every do that … it sounds romantic until one of you has to use the toilet!!!!!

We wondered into the main town of Union … which I have to say is my least favourite Grenadine Island. Had a great burger and ran into Troy. As it turns out he is quite a character. Wheels and deals all over Union and Carriacou. We enjoyed having a couple of beers with him, then off to bed! …. Finally … what a day!