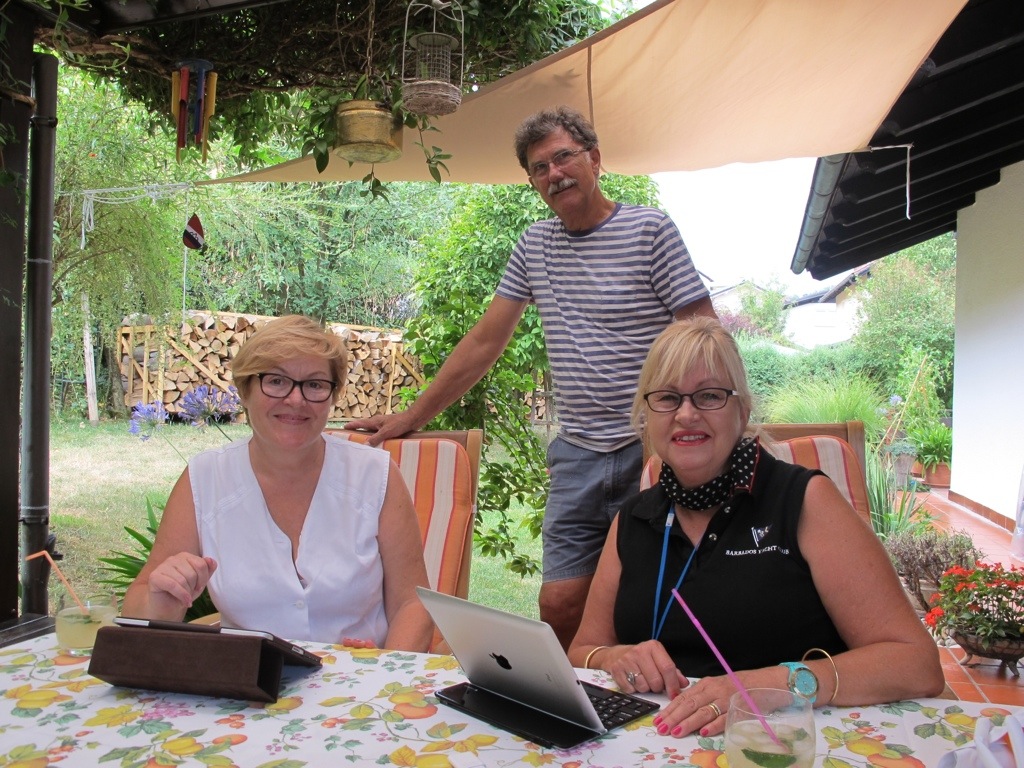 … Minka, Milan and I in their lovely backyard ….

We had a lovely stay in Jajce … well out by the lake. We had a swim by the lake with lots of the locals. As we said it is such a beautiful country, we just wish they would pick up their rubbish when they have finished their picnics. They just leave it all there. We were talking to Seb about it last night and he said that it has improved dramatically so hopefully they will all get the message eventually. It was interesting when we drove back into Croatia, it improved and then when we crossed the Slovenian border everything was as neat as a pin and not a piece of rubbish to be seen.

We spent the day resting … as I say … life is tough! But we did eventually get off the bed (we were reading) and took the bikes off the back and rode into town … about 5 km.

I thoroughly enjoyed the bike ride, it has been a while! The town was really quiet and we enjoyed looking at the waterfall in the middle of the town. 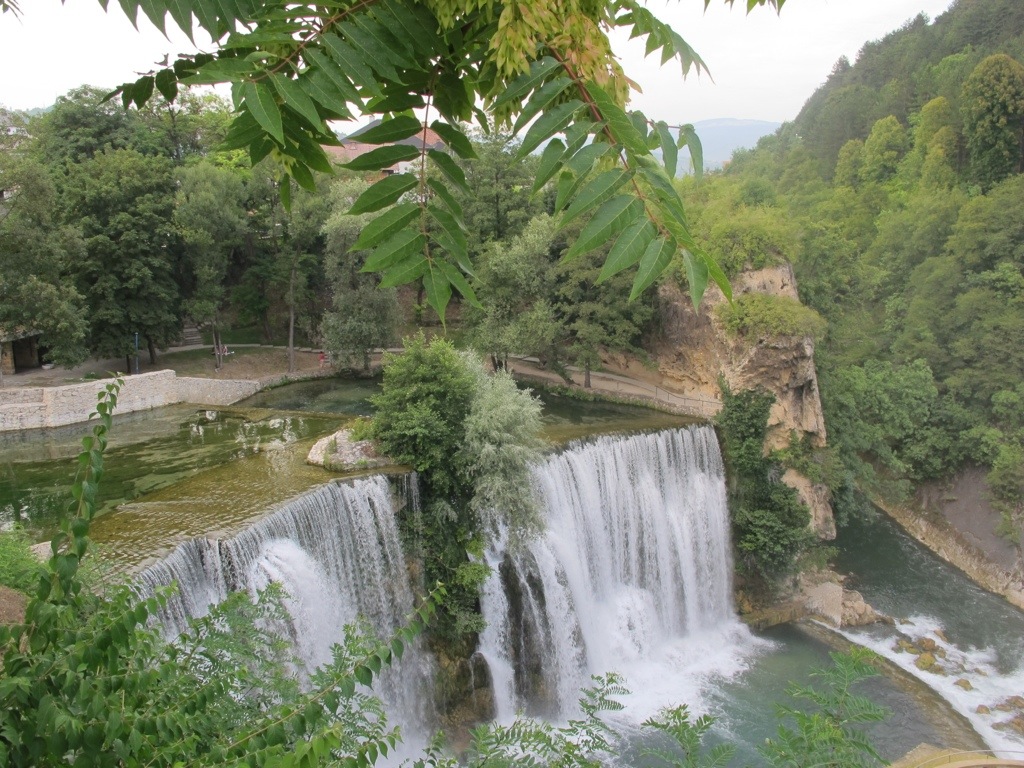 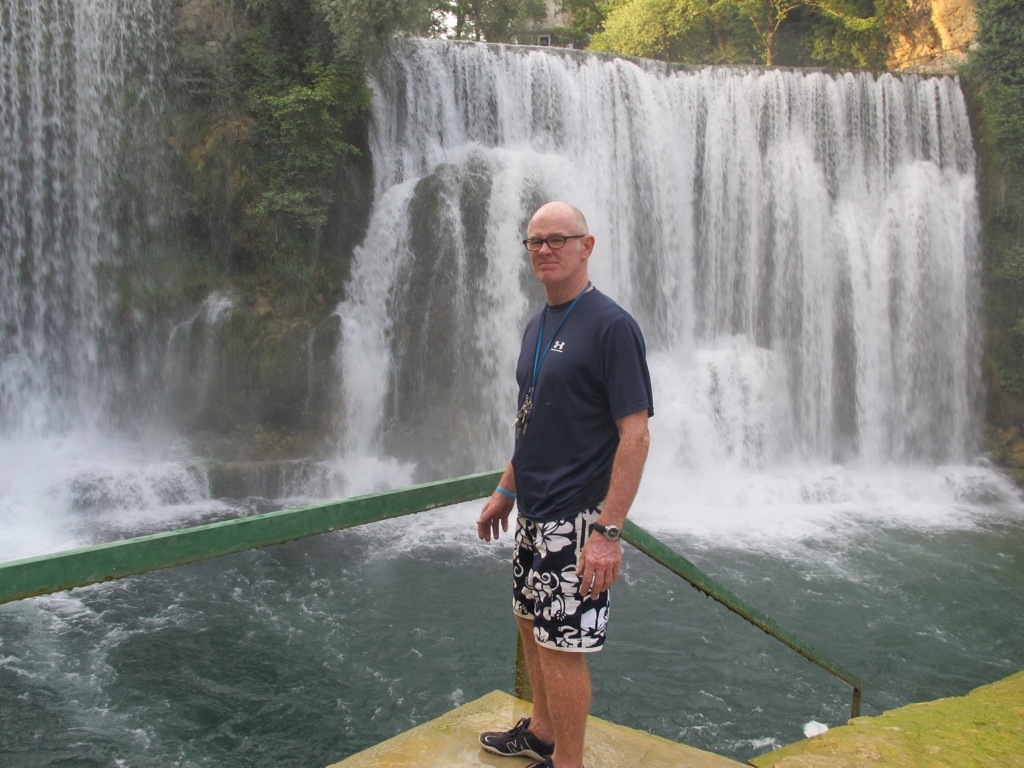 When we arrived back a big group of four wheeler bikes had been parked near our van. It was interesting to see them all get ready and muster up in a straight line to head off again.

I was pretty hot after the ride, so tipped some shampoo on my head and went into the lake for a scrub up.

I cooked a curried chicken … it had been a while since I had done that too!

The next day we realised that we really should pull our finger out and get to Rogaska to visit Milan and Minka and Gasper. So we headed off after using the restaurant’s facilities … and had acoffee of course.

We really enjoyed the drive. John jumped in a river at one stage … just as well he did, because when he came back to the van he realised that he had left the petrol cap and one of the keys at the petrol station 11 kms back. Phew!!!! If we hadn’t stopped we would have driven hundreds of kms before we realised. 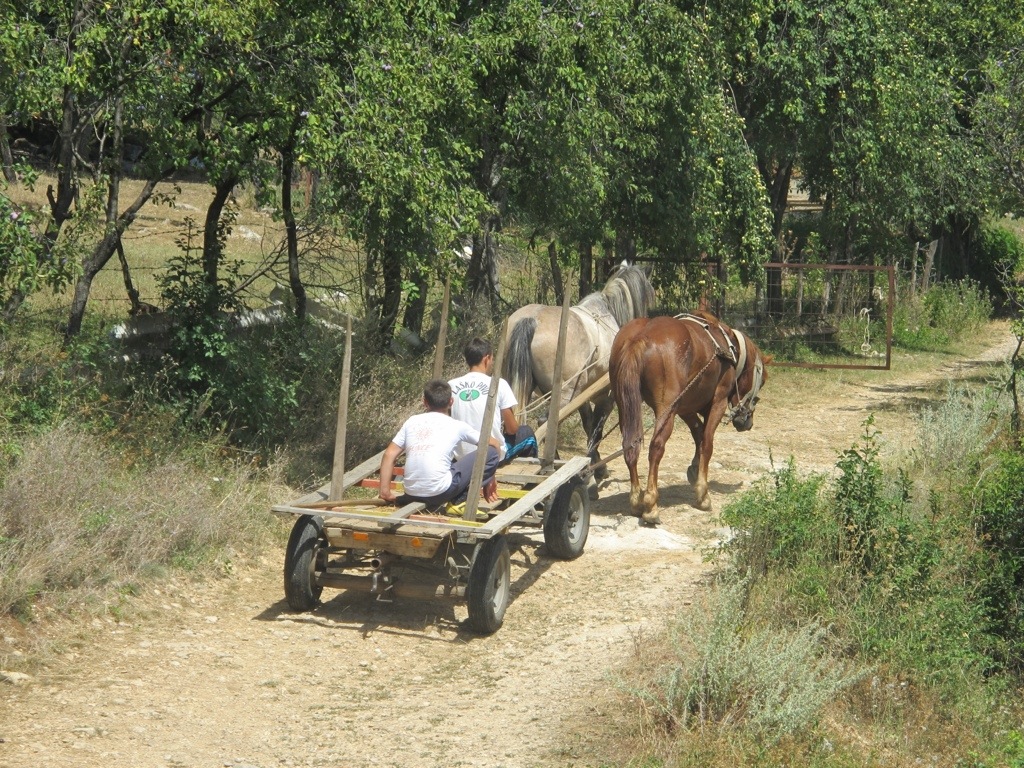 As you can see from this photo Bosnia has areas that are still very basic. We were always on main roads, but I can image that some areas are still quite primitive … on current European standards anyway.

We nearly drove straight past Zagreb, but got the guilts! So we were terrible tourists again … but it was 41 degrees … and drove through and had a look. We didn’t actually get out of the van though. We were also in a hurry … excuses, excuses, excuses … However, we really liked what we saw … big wide streets with lots of flower beds and some lovely old buildings mixed in with modern ones. Next time we are down this way we will definitely spend a couple of days in Zagreb. 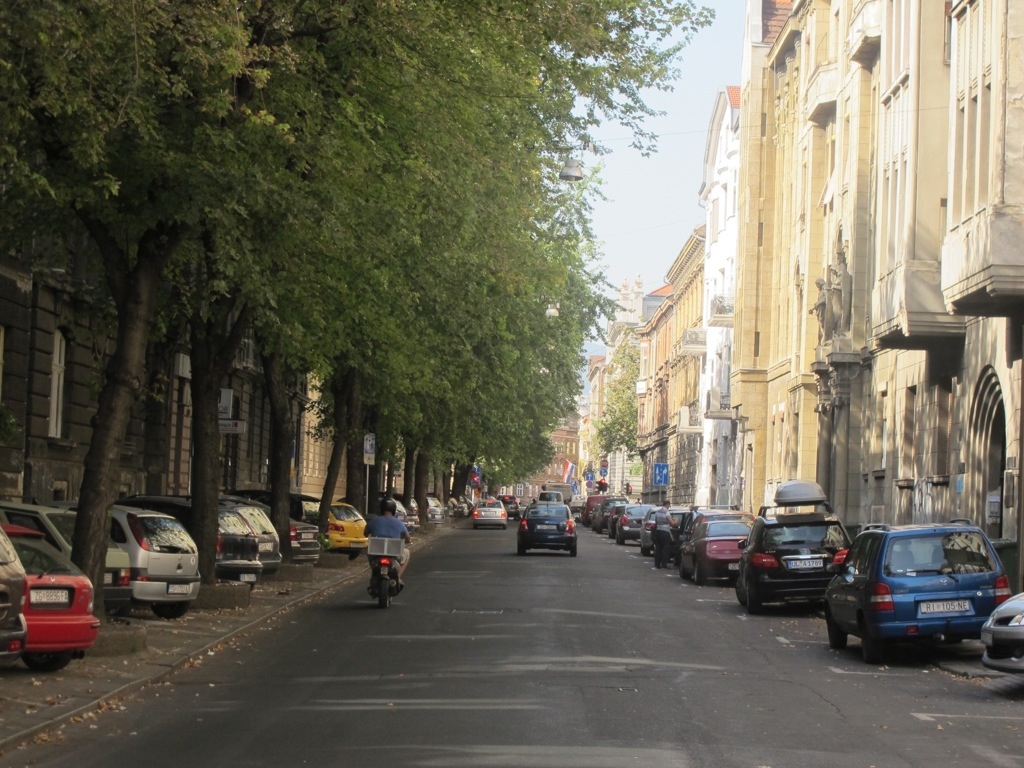 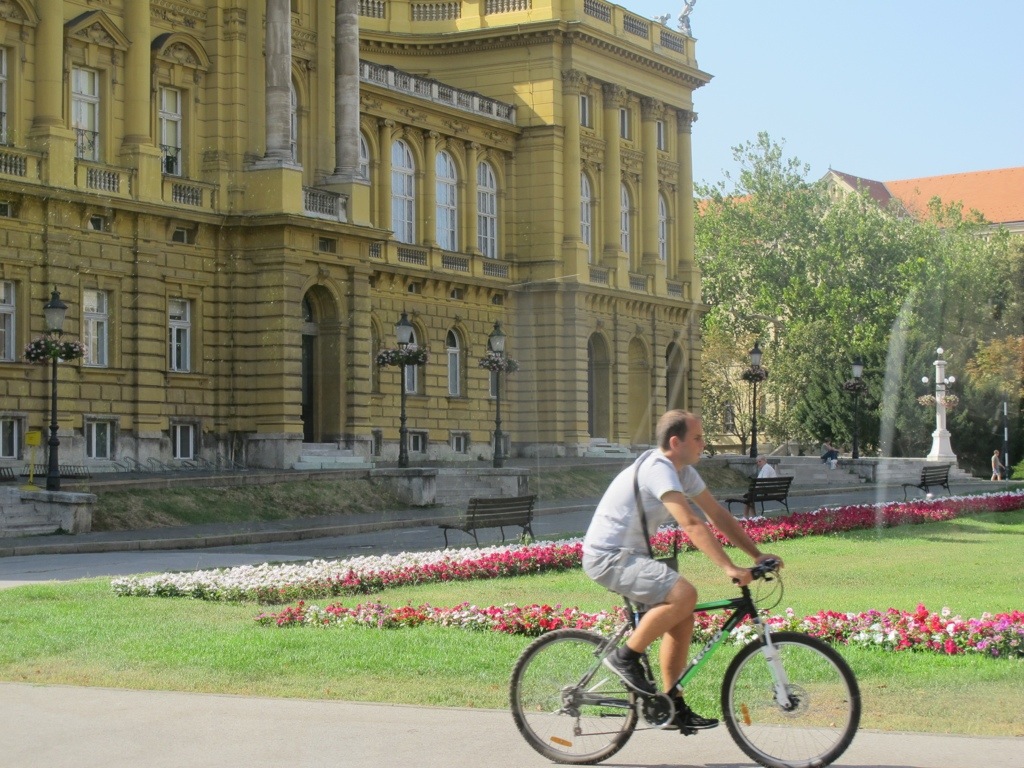