First night Gien … John’s choice and a great place on the Loire River. We were right next to the town pool which was having a … wait for this … synchronised swimming carnival! Really bad with really bad music.

Fi and I cooked a great meal and of course we had to have one of the bottles of Moet.

Fi, Pete and John were up early and went walking in the town. I slept in … the sinus infection was peaking by this point. We had breakfast, then Fi and I walked into town and over a gorgeous bridge … the boys drove off and parked across the bridge where they were having a beach volleyball carnival. They went for a swim/bath in the river.

We headed to a town called Briare that a French couple had told us about. It was divine. One of the prettiest towns I have ever seen. A four flower town. Flowers and canals everywhere. The big canal was actually set in a bridge and passed over the river … amazing. We had a great picnic lunch by one of the canals, then headed further south to St Flour. This was a walled city, sitting on top of an extinct volcano. We cooked great pasta then John, Pete and Fit walked up a million steps to the walled city. I was really crook, so had a shower, put the ear plugs in and went to sleep. When they got back, they had great fun taking photos of the walled city with the tripod … thank you Jack.

In the morning we drove up into the walled city and had breakfast and Fi and I walked around while the boys cleaned up. Then we headed in the direction of the Millau Viaduct … which is the huge seven pylon bridge, which is absolutely stunning. An amazing feat of engineering. We pulled up at a great vantage point up high to observe it and take photos and have a bite to eat. Then into the town of Millau to do some shopping.

We phoned Mary-Rose and Bruce Ramsden as we thought we were in the same area, and managed to meet up with them at an aire at Vabres L’Abbaye.

We had a great night. Mary Rose looks fabulous … she has just completed the Le Puy route. We laughed a lot and of course ate and drank way too much! They have a great van … a lot wider than ours with way more internal space … they actually have a lounge room. There is a bed across the back that would fit two skinny people, but they sleep in the drop down bed over the front seats.

We left them this morning, but soon ran into them, as they met us again at the Roquefort Tourist Information centre. We were pushing for time but still managed to visit a couple of cheese caves and bought loads of Roquefort cheese, which Fi and I are in love with.

Whilst having lunch there we came up with a new plan. We are no longer heading to Nice, but to Avignon for the night to catch up with some people that we ran into while watching the State of Origin in Paris. Graeme Rolly. Fi knew him from Brisbane, their daughter is a friend of Fi and Pete’s and Pete taught her boyfriend. Michael McLean also played football with him. Small world. 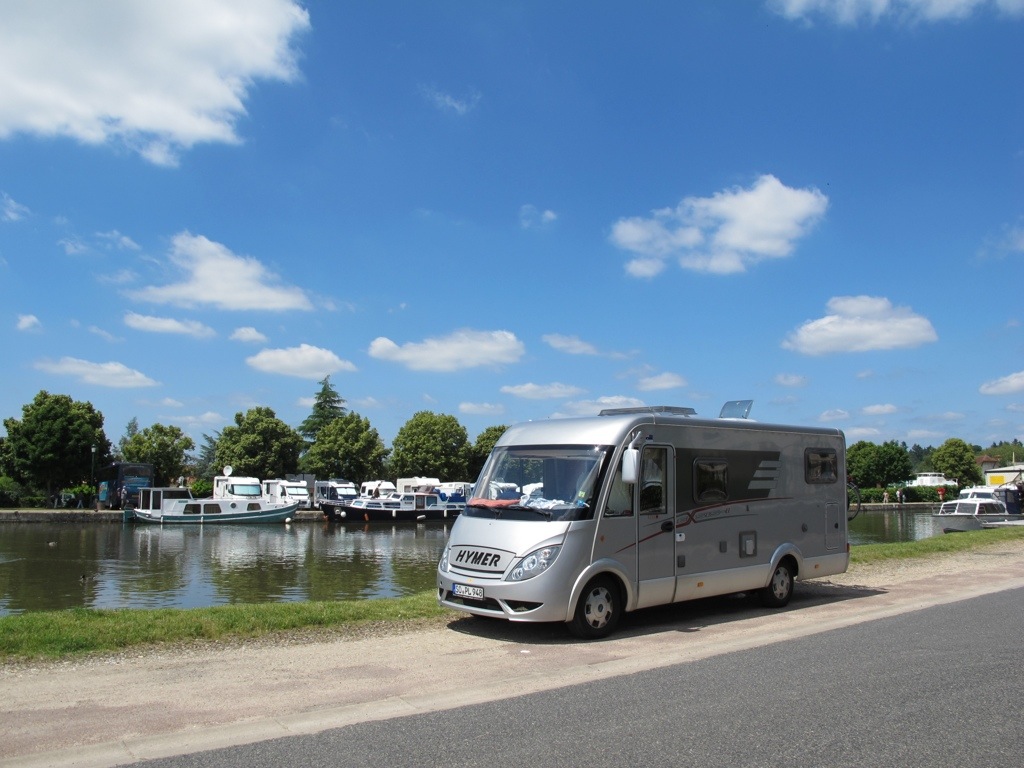