I’m afraid I have left the Camino. The day before yesterday I climbed over Aubrac, which was the highest point. 1350 m I think. I nearly froze to death. It was about 2 degrees, with a wind chill factor of -2′ raining and windy. I was the only one up there as I had walked from another town before the ascent. There was no phone signal and very poor visibility. I’m afraid that it did me in. I realised that I really shouldn’t be somewhere like that on my own. Because of the poor visibility I was scared that I would miss a marker and go the wrong way, then I would have been in serious trouble … Only because of the bad weather conditions.

I arrived at the town of aubrac after 14 km and went into a funny hotel. All I could see was that there were lights on because there was a chandelier lit up outside.

Some people were leaving and they ushered me inside and said that there was a fire inside. It took me about 10 minutes to calm down. There were two French Canadian women left eating soup. Unfortunately it was the last of the soup but the lovely owner cooked me an omelette. The Camino was washed out from there down … About 9 km … So we would have to go down via a very steep road. The three of us were at the end of or tether, so organised for a taxi to come and pick us up. The two other ladies, said they had had enough and that they were quitting.

While they were organising the taxi, I looked around and realised that I was in an amazing place. I felt like I had entered Alice in wonderland. There was this amazing mix of eclectic furniture and items. All really rustic. Stuffed animals on the wall, big old leather couches, chandeliers and candles everywhere.

I was chatting to the own. She was a French model, modelled French and Italian handbags. Anyway, she said that she wanted to buy the place and went to the banks with her business plan every month for two years. They finally gave in and gave her the loan. Upstairs, there were five huge bedrooms with ensuites. She had done all of the work. The plumbing, electrical and decorating. I can tell you, it was out there. She said that France’s most famous restaurant was about 20 km away and that the rich and famous flew In to the area to go there. She also said that johnny deppe stayed at her place for a week because he was looking at buying a house near there. But she said she never saw him again. She rents the rooms for 200 euro per night. I can tell you that it was an interesting interlude in what was a truly awful day.

So, we made it down to the next town and I went to sleep for a couple of hours. I was really down and out and didn’t really want to eat, but headed downstairs anyway. Three French ladies and a Brazilian made me eat with them and they cheered me up a little. The three French ladies had only started up in aubrac, so had only walked down the hill.

I had intended walking 23 km the next day but they talked me into cutting back to 15 km, which I did.

I headed out the next morning feeling dejected but soon ran into bernard and Gunter, which really cheered me up. I thought that they would have been ahead of me because I had had a short day further back. Bernard said he had cut back to 15 km per day. Oh, and karine, the lovely Brazilian lady who treks all over the world, decided,to have the day off because she was exhausted. We had a nice breakfast together.

So that all made me feel better and I trudged on for 6 hours and managed to get to the next town which was 15 km away. 6 hours … 15 Kim’s … Bloody hell. I knew that it wasn’t going to get any better. We were lucky that we had some sunshine that day and it didn’t rain. But I’m afraid I knew that there was another 10 days of rain ahead and that the terrain would only get worse near conques … About 50 km away.

I ran I to farmer John and Angela and met a nice Danish man at dinner that night.

John McLean was at a loose end and was going to drive down to where I was with the boat on the back. I considered all options, moving a couple of hundred Kms down the track where hopefully it would be easier and not raining, but in the end couldn’t see the point in john driving all the way to the south of France from holland when he eventually had to get to Italy.

So booked a ride with the baggage guy to conques and didn’t know what I was doing from there as there was no accommodation. There are no buses or trains in this area. In the end he offered to drive me to rodez. From here I am booked on a ryanair flight to south of Brussels tomorrow, where John will pick me up. It was snowing today where John is in holland.

I was told today that it is the worst weather conditions in france in may for 25 years. It should be 20 degrees and sunny.

I’m not sure what we will do from there. Head to Italy to drop the boat off and hopefully the weather will improve and we can do lots of walking together somewhere in the sunshine where there is no mud and steep downhill mud and stones.

So maybe more Camino next year. But have to say that I dream of walking somewhere nice and flat where you can do more than 3 km per hour and you don’t have sleet hitting you in the face!

However, even though I feel like I have just completed a 9 day boot camp, at least my body is feeling stronger, even if there are still some sore bits

To end on a nice note … The town I stayed in last night was a really pretty town and the owner of the gite was a lovely man. I will remember the good things. 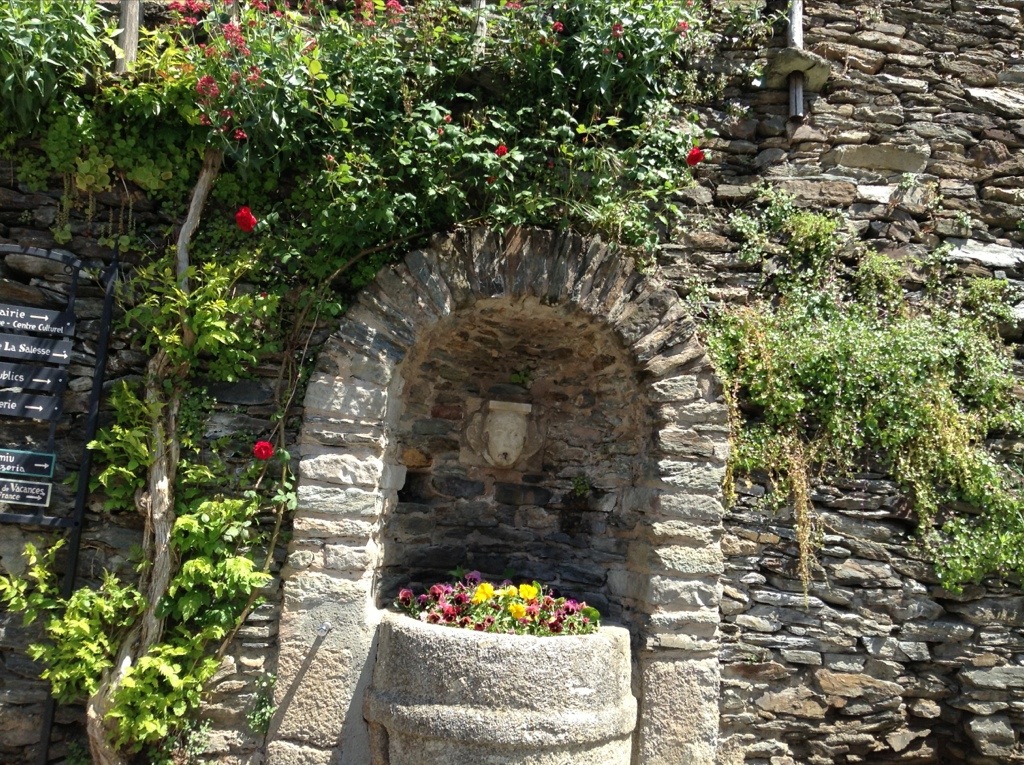