Barbados – A change of scene 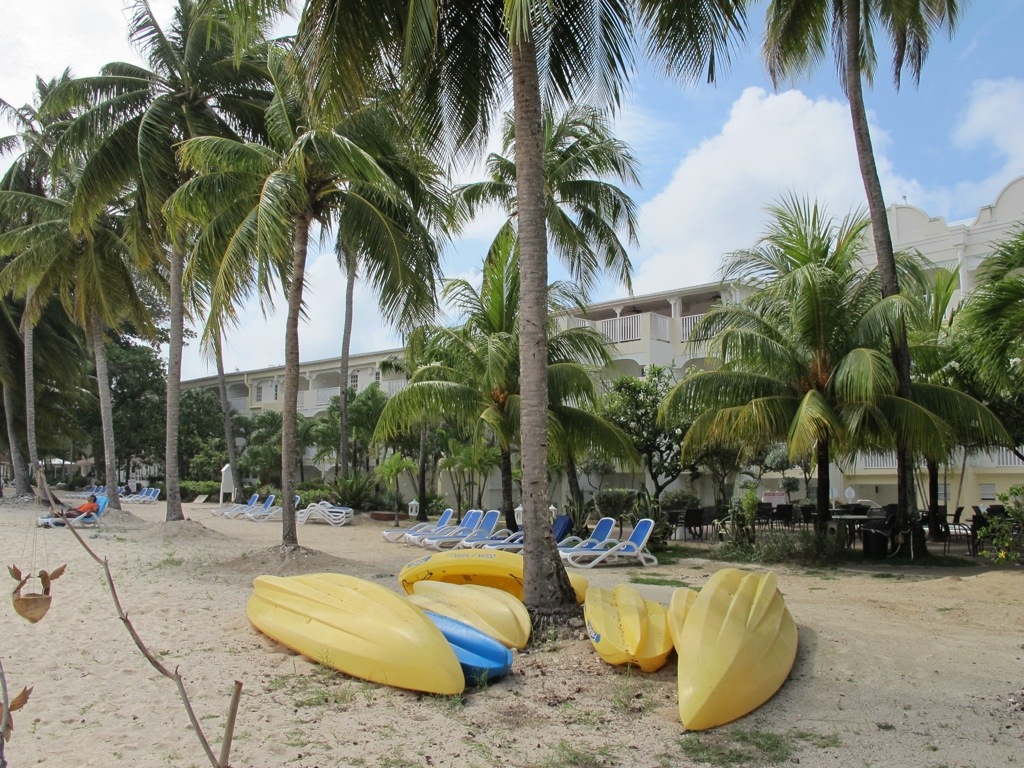 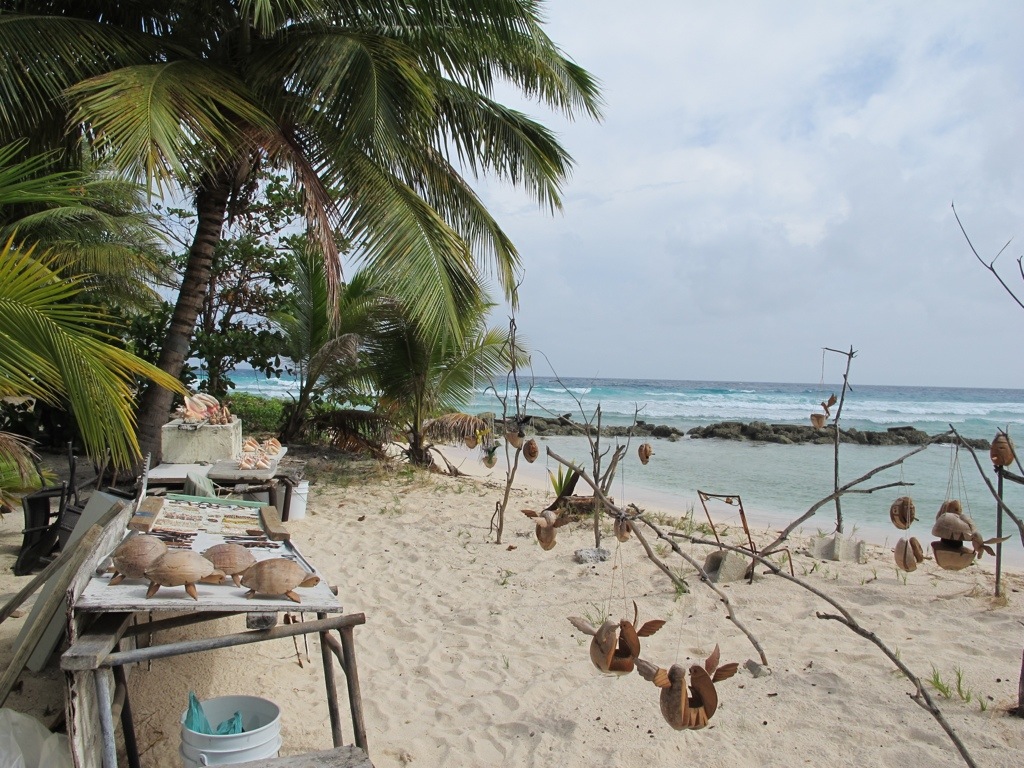 Seeing as the sailing was all over and we still had two nights left in Barbados, we decided to change hotels for a change of scene. This place is a bit like Montes … although bigger. It is only about 1 km from the last hotel but you can see the huge difference in the ocean. The wind is onshore … so it is actually a lot cooler. 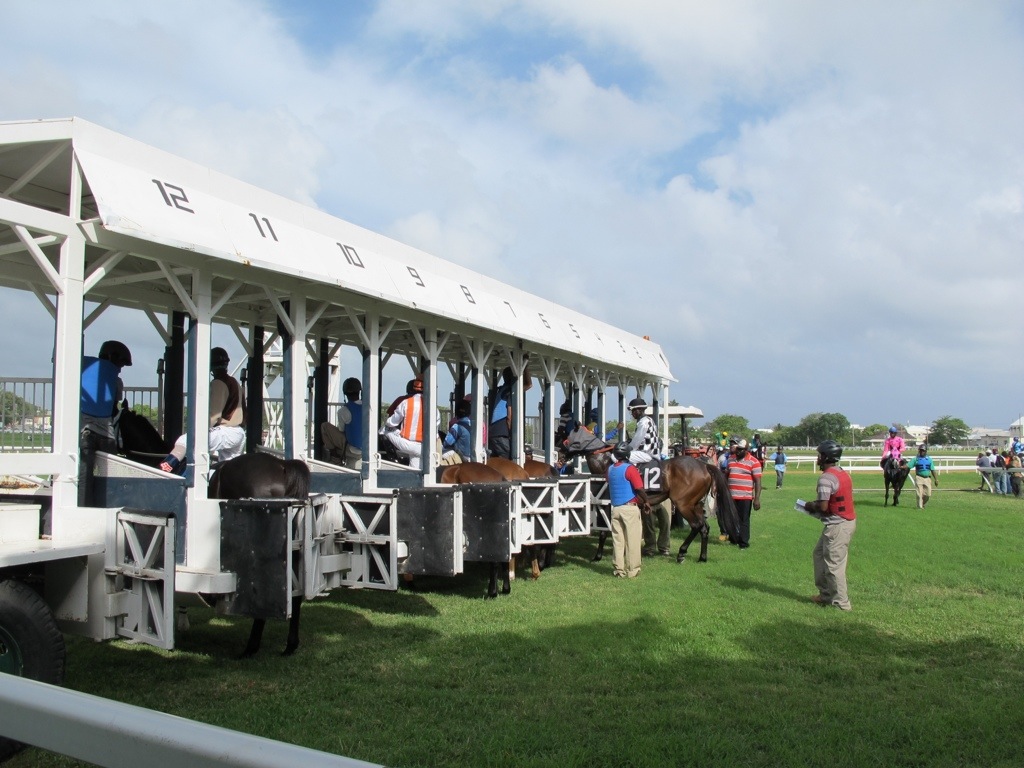 On our way here we saw that the races were on so wondered over and as you can see from this photo … we were right on the edge of the course at the barrier. Ran into several of the sailors and families and had a bit of fun watching for an hour. Back to the hotel for a swim and a walk along the beach followed by a lovely night out at a restaurant up the road called Tapas. We had dinner with Marcos Vivian, an Australian who has been living in London for at least 10 years. He has organised for us to stay in one of his flats in London for the week. He is a developer and it is one of the properties marked for demolition … or renovation … no sure … will be interesting!

There was also another big table of mostly English sailors and their wives with a few aussies thrown in. I met a couple of lovely English sailors I haven’t met before … I have met so many lovely and interesting people this regatta. Jim and Maggie were special guests flown out by SAP. Jim retired from sailing at La Rochelle last year … I think he is 86 … or thereabouts!

Next 505 worlds is in Kiel and I keep saying I’m not going because I am over Kiel but the people are what make the regatta … so maybe I will change my mind. The year after is South Africa … which is also a bit dodgy because we will either be stuck at the hotel or the sailing club while the regatta is on because you can’t do anything on your own. Then the following year it is Weymouth … end of the world … definitely not doing that one.

I have spent a lot of time this year with Jayne from Melbourne …. she has been great … speaks fluent French so sat on the beach and translated/read my camino book for me … which was a huge help! She also taught me how to do international money transfers and how to screen grab … which has helped in my planning. This is a photo of her on the last day … 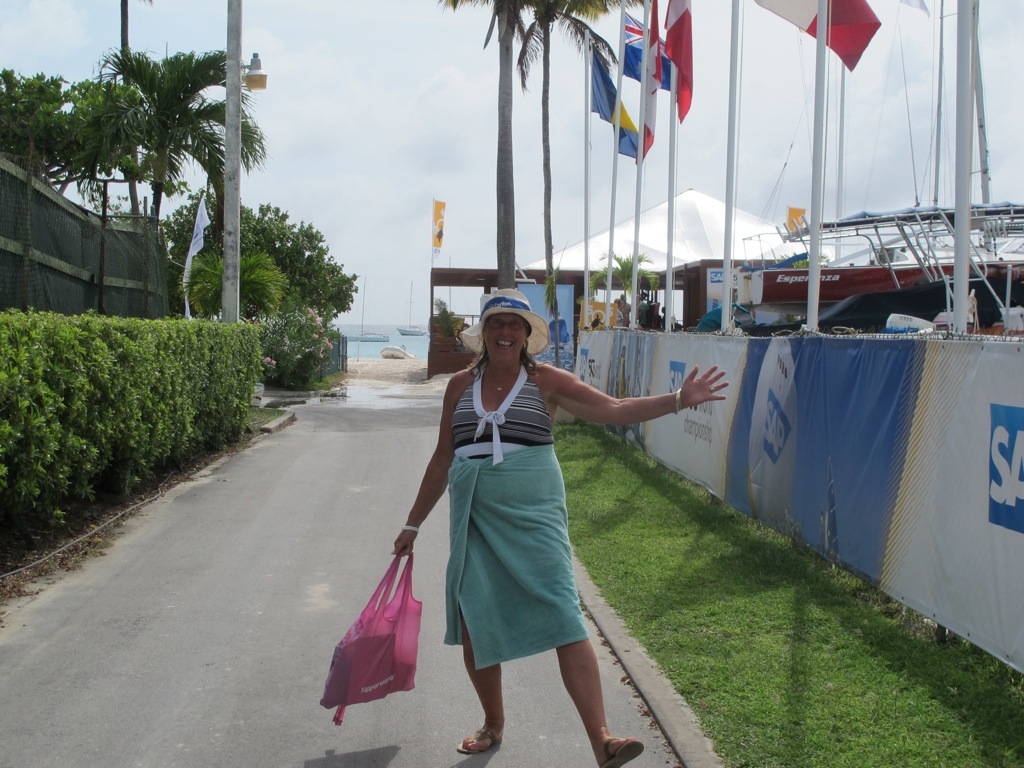 Oh I forgot … on the last night at the hotel they had a big shindig as they rebranded to become a Radisson hotel … this is a photo of the band playing. We wondered down and sunk a few mojitos and prawns before heading to the SAP function. Nice of them to put on a party for us! 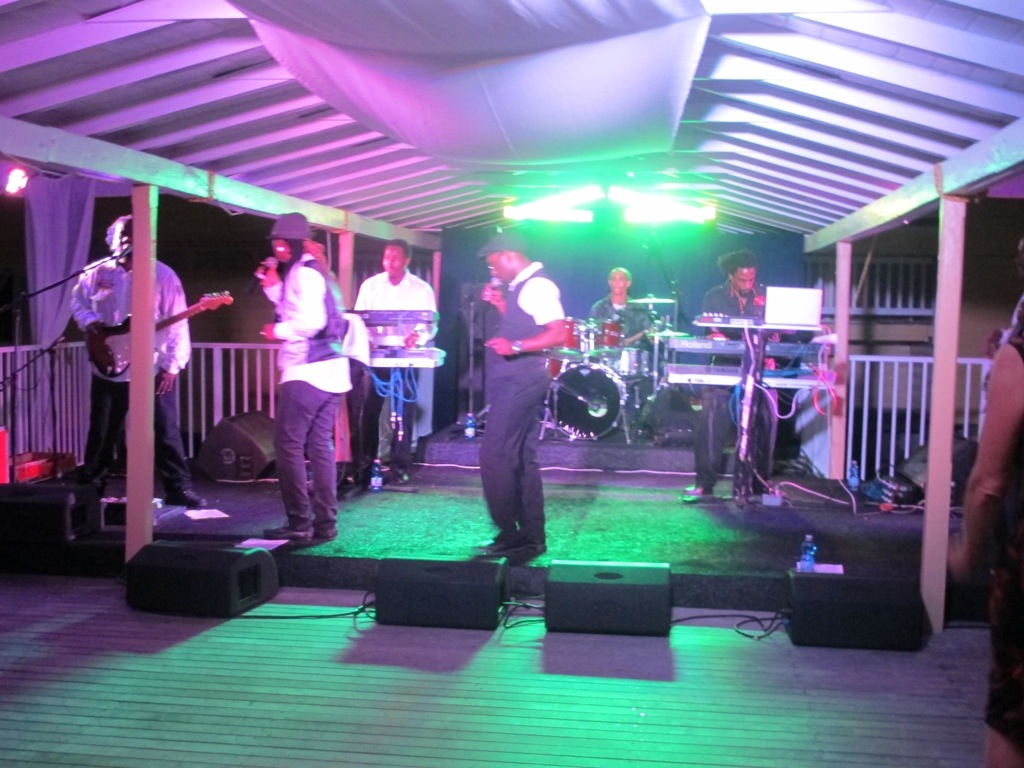 Today we are being lazy … but I am going to drag John over to the shipwreck for a snorkel!