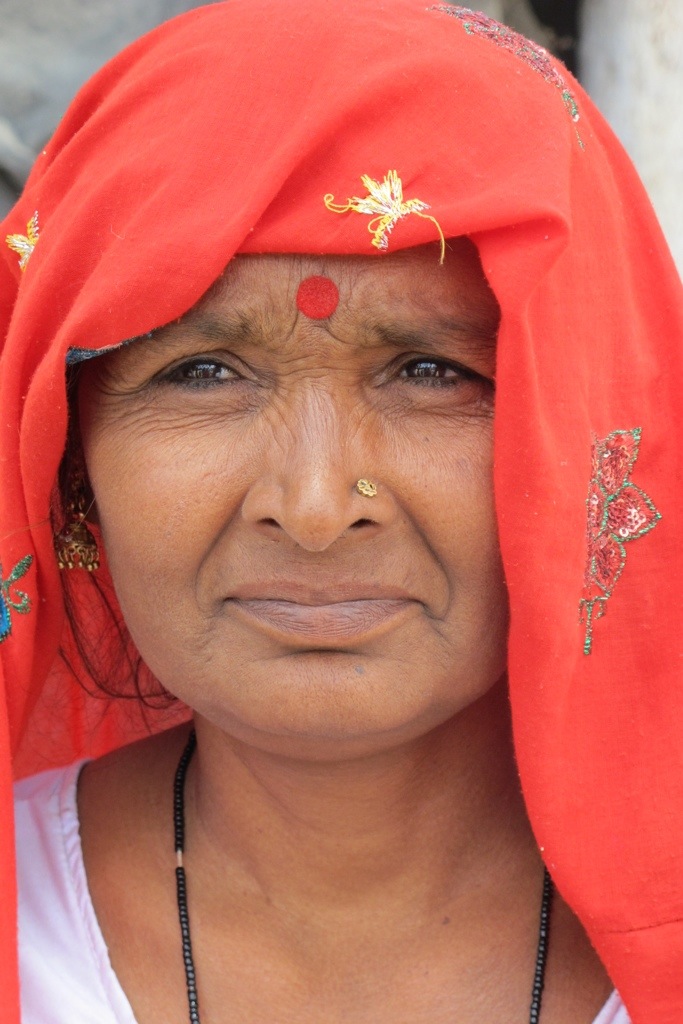 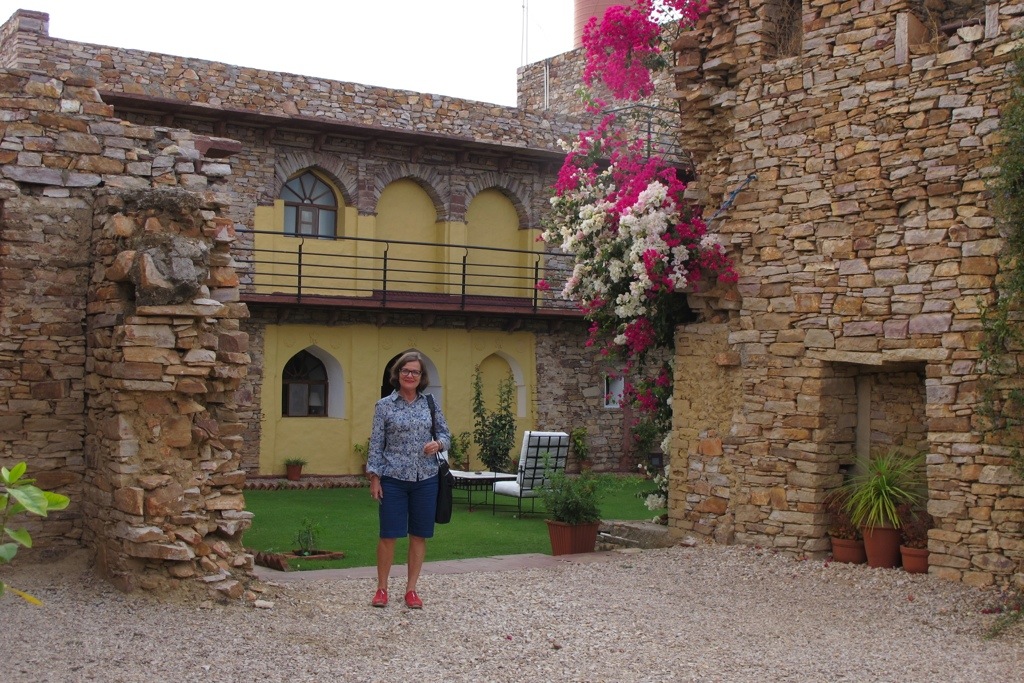 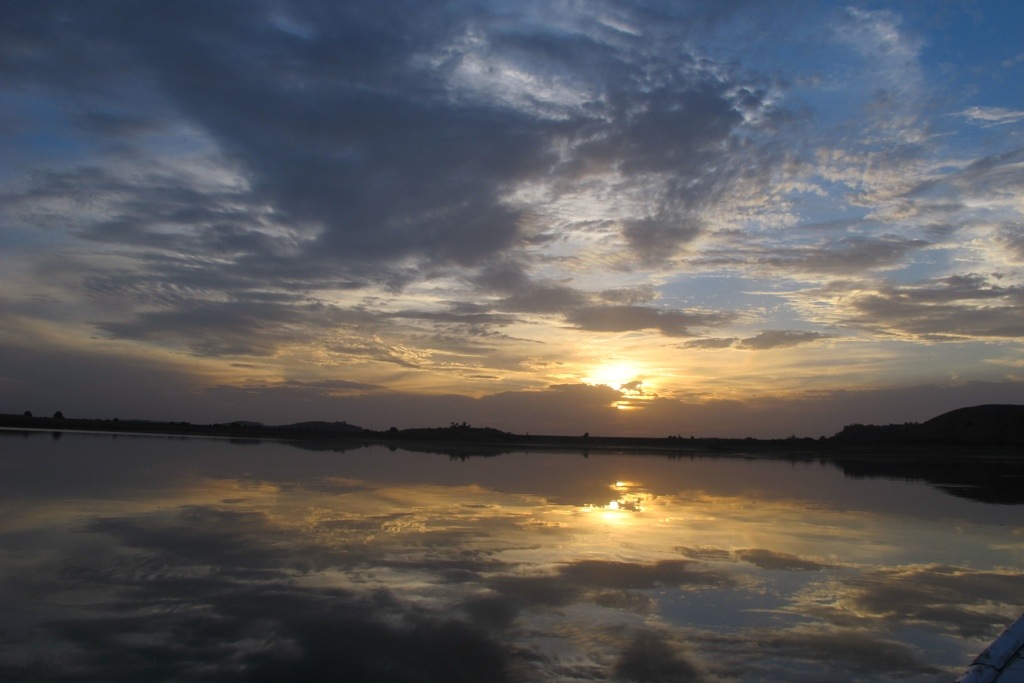 Thought it was time that I finished the Indian blog before I really got stuck into the European Adventure 2013!

So where were we … I know just leaving Ranthambone where we didn’t see a tiger!

We had an early morrning, but messed around because we thought that we only had a 2 1/2 hour drive … as it turned out it took us 6!

I should mention here that the stop at Ramathra Fort was my suggestion … Ashok accepted it but strongly suggested that we stay there for one night, not two as I suggested. So, when the drive turned out to be crap and the roads were terrible I was feeling a little guilty. Then we got a flat tyre! But as MA said, it was surprising that they had lasted that long … they were pretty bald. To make things worse, I had worn a dress for the first time (thought to myself, I know this is a little short, but it is only a short drive and I won’t have to get out of the car). It wasn’t really that short, but it had splits in the sides.

So as soon as we got the flat tyre Ashok turned around and said “we are in a village … you have to cover your legs”. Luckily I had a pair of snazzy stretch leggings that I had bought on a whim! Slipped them on (probably showing more leg) and all was good.

Ashok changed the tyre and MA and I sat on a bench that the barber had brought out for us … they really are very friendly. This town was seriously in the middle of nowhere and the people were very keen for us to take photos of them so that they could see what they looked like … it kept them amused … and us!

Tyre all fixed, Ashok wasn’t looking too happy and I felt worse. Didn’t make it any better when he said next time he would refuse to go to Kerali (not sure how to spell that).

Onwards and upwards through dirt cracked roads, we finally made it to the Ramanthra Fort … our lodging for the evening. It was absolutely gorgeous. It wasn’t a huge fort but very interesting. The owners had restored six rooms and also installed six tents. It had been in their family for decades. Our room was lovely and one of the staff showed me inside a tent and they looked fabulous.

We were very late but they had organised lunch for us (nowhere else to go … we were in the middle of nowhere!) The female owner was lovely and chatted to us about the fort and served us a welcoming drink. Lunch was very welcome and then they had organised for us to go on a boat trip. I couldn’t quite figure out where we were going … I had seen a canal leading from the town and figured we must be going along it. That turned out to be wrong!

The head honcho picked us up from our room with life jackets and binoculars in his arms. He walked us to the top of the fort and showed us this fabulous lake about 2 km away. So off we trotted with him through the countryside to the lake. There was a boatman waiting there for us and he proceeded to row the four of us around the lake for an hour and a half. The birdlife was spectacular and for the first time in my life I suddenly became a geeky birdwatcher with binoculars continually attached to my eyes. It was great!

The sunset was really spectacular on the lake … a great afternoon and huge surprise … we had no idea how beautiful this part of the country was going to be and how lovely the hotel would be. There were only six of us staying there, so got to meet the other guests. The owner also told us that there was a new highway being built so by this time next year the trip will be an hour and a half!

There was great debate as to what time we should depart the following day. It was their Holy Festival and the owner of the fort thought that we shouldn’t be driving on Holy … it would be too risky unless we left really, really early … like 5 am. So I organised to meet Ashok and have a chat to him about it (fortunately he was staying in a dorm provided for drivers at the fort). In the end I took his advise. He suggested that we sleep in, enjoy the Holy at the fort in the morning and then we would leave at 10.30 am. He said that we would be stopped a bit along the way by people partying and we would have to pay them some money, but we would be fine.

Of course he was right … as usual. So we had a lovely breakfast with the other guests and laughed at our outfits … we were wearing all white (at the suggestion of Ashok) but it looked like we had our pyjamas on.

Today was also a special day for MA … it was her birthday. When we went over to the car Ashok had a bunch of flowers for her that he had collected from the garden and he gave us both an elephant ornament with its trunk up! We were very touched. He also had some bags of coloured powder for us and proceeded to bless us by painting our foreheads and cheeks with bright colours.

Before we even made it out of the fort we were surrounded by children all covered in bright colours. Ashok chatted to them and worked out who the leader was … they all agreed on one boy and Ashok gave him some money for all of them. Then he organised for them to sing the Holy song for us. They jumped up and down and chanted … it was great.

So off we went, but didn’t get far before we met a big group of men who had been drinking. Ashok told us to lock the doors and then he wound the window down a little and spoke to them. They were fine … once again he handed over the money and off we went.

The next group were way worse … one guy fell on the the bonnet and couldn’t get up again. By this stage I was starting to think we had made a mistake. All good, the other men carried him away and we continued for about another 500 metres.

Then Ashok stopped the car, grabbed a bag of colour and walked back to another group of men. He was chatting to them and they were all blessing each other, so we decided to get out of the car and take photos of the proceedings. Within seconds we had a big group of men surrounding us and blessing us with colour. They were fine though … very respectful … just painting our faces and feet and wishing us Happy Holy. Although one guy managed to throw some at me which went into my eyes and mouth and I spluttered. Then one guy decided to give me a hug … all good … no hassles or drama. Then Ashok came back to the car and said we should head off.

When Ashok got back into the car he explained that the reason that he had stopped was that he recognised the style of clothes that the men were wearing and said that they were members of the RSS. From what he explained to me they seemed to be a cross between the Masons and Lions. They are a group countrywide that are members of a kind of club. He was a member and he wanted to greet them because it was Holy …. I think that he was really missing his family. He said that it was the first time that he had been away from his family for Holy. I felt very sad for him.

He was fine though turned around and laughed at us and said “Why did you get out of the car?”

From then on we didn’t encounter any more groups and as it turned out there wasn’t another truck or car on the road for the next four hours … so we had a dream run into Agra. 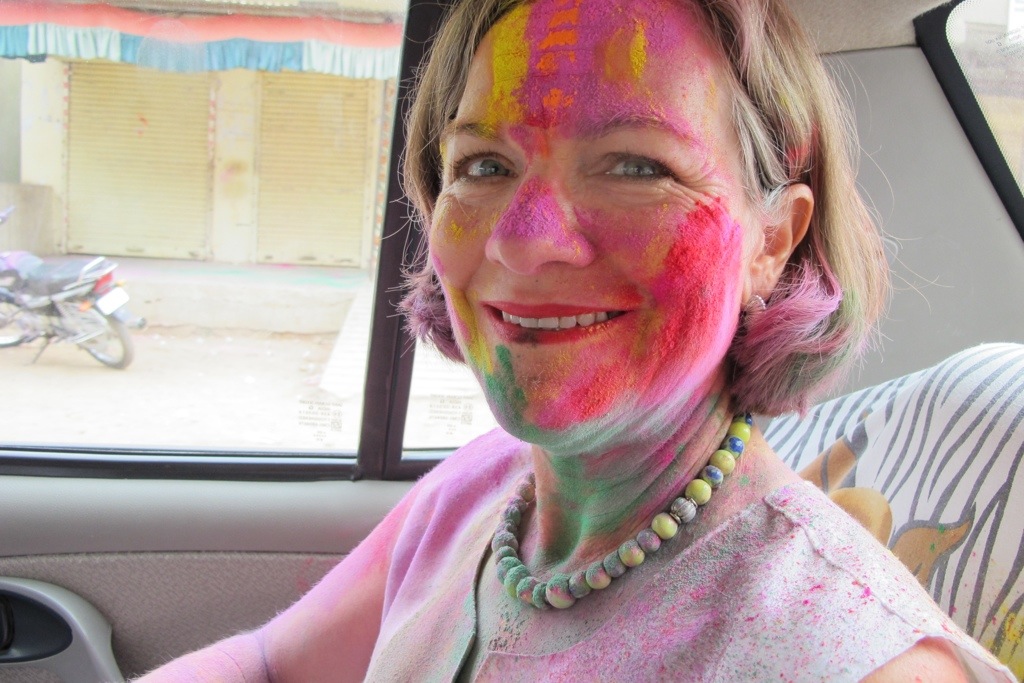 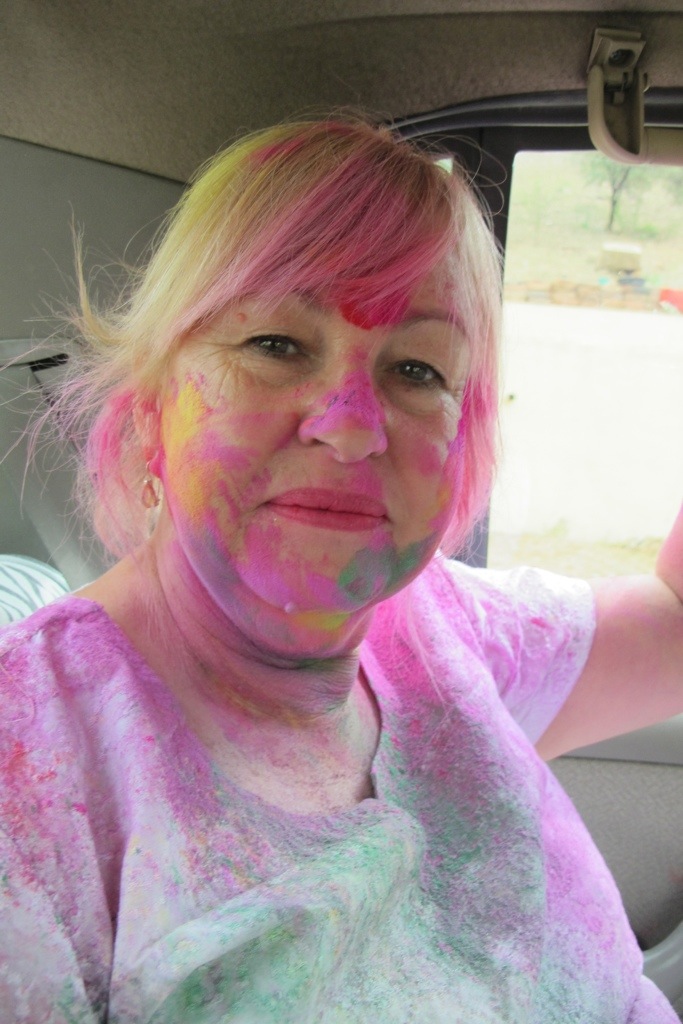