Egypt … Nile Cruise, Luxor to Aswan and back to Luxor 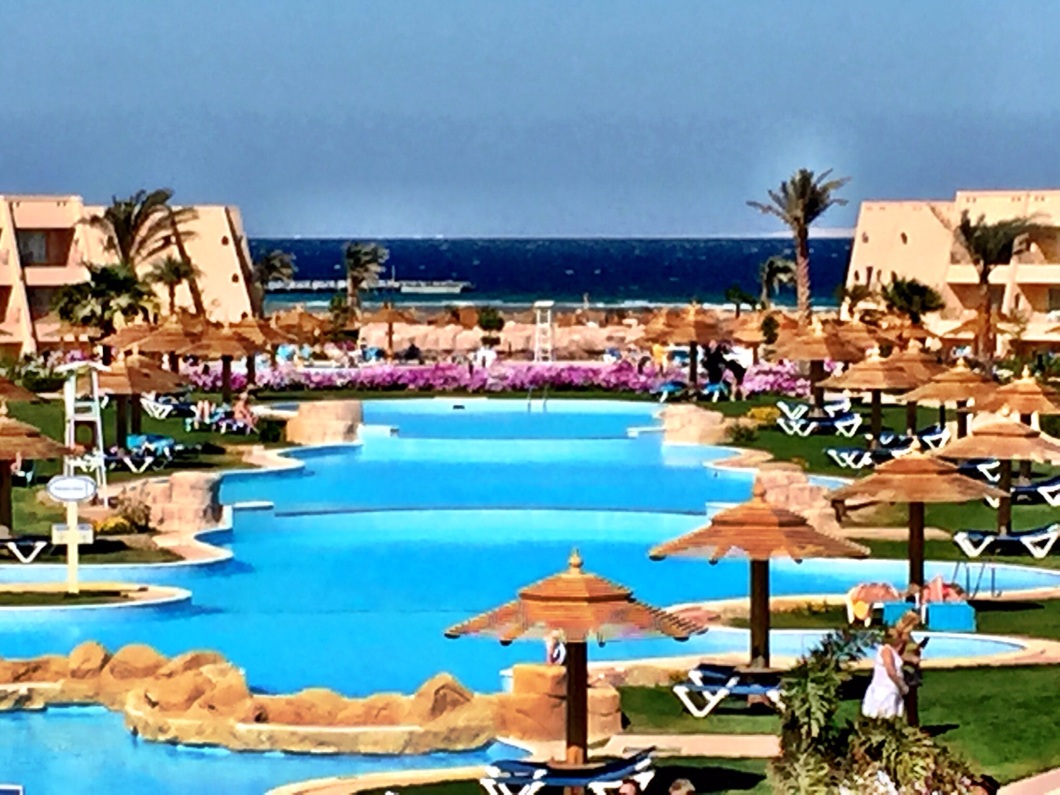 I have decent internet again … back in Turkey.  Great internet in this country.  So hopefully the blog will happen again this week.

Back to Egypt … the Nile Cruise was great!  We had the nicest bunch of English people which made it really fun and entertaining.  The boat holds 160 guests but due to the downturn in tourism we had a maximum of 24!  We were treated like kings.

Between Luxor and Aswan … three days we had 10 Polish people, 12 English people and us.  On the way back the Poles dissembarked and we were joined by two lovely Chinese ladies and a lovely Indian family of four.  So een less guests!  To make it even worse for the crew the boat was decommissioned until they can boost tourism.  More about that later. 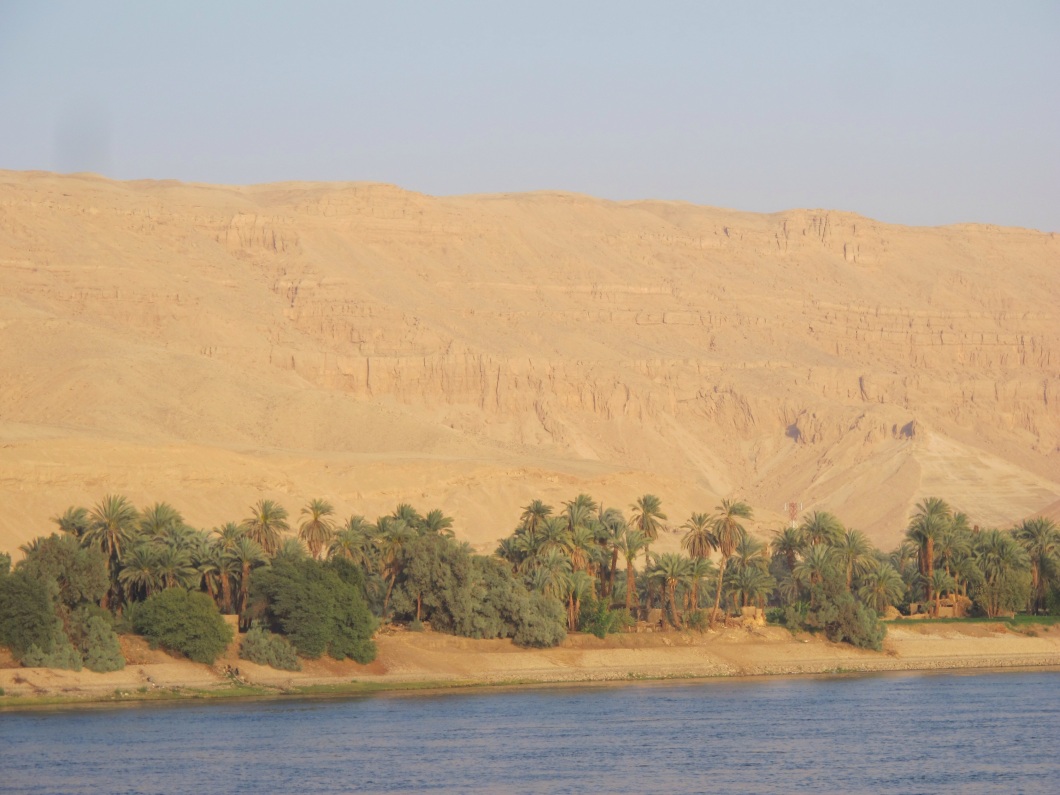 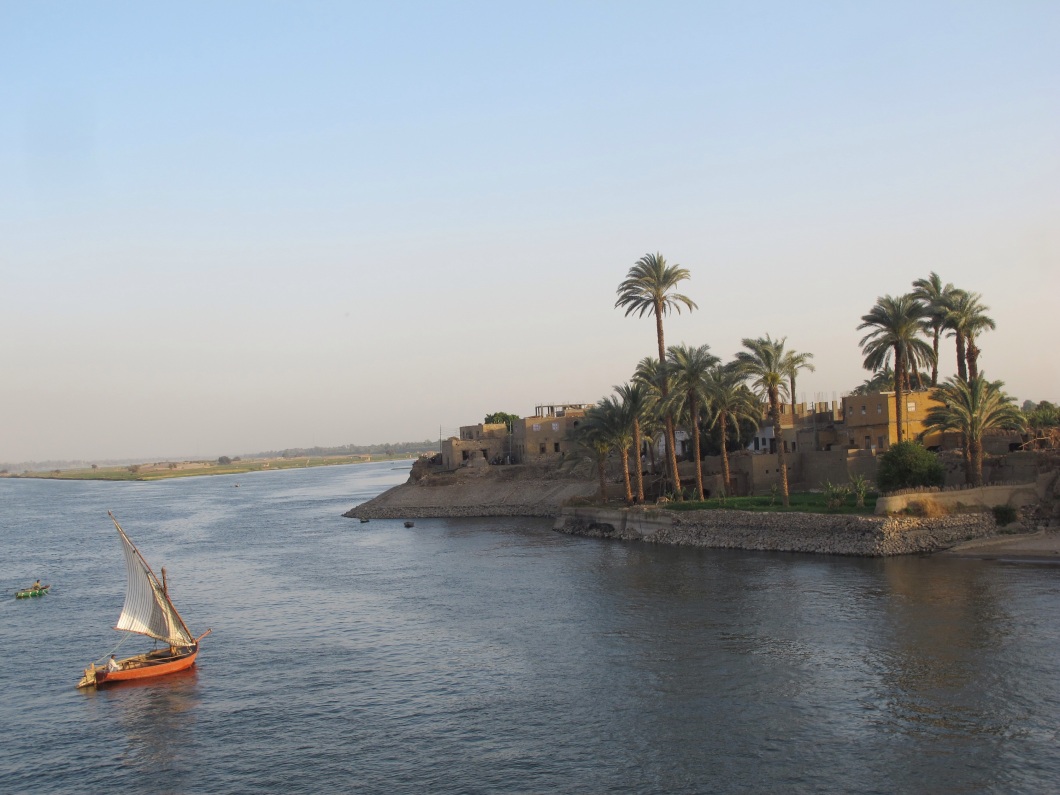 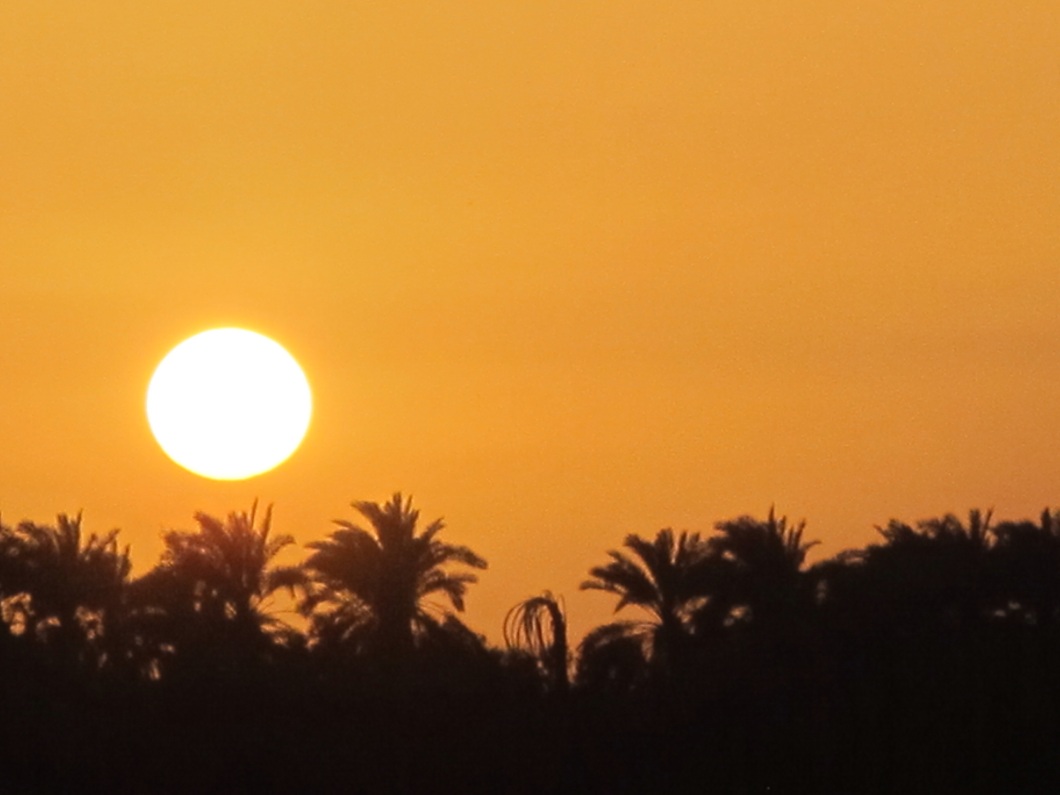 Cruising along the Nile River was actually 50 times more peaceful than I had expected.  Seeing as 96%% of the 90 million Egyptians actually live along the Nile, I expected it to be really overcrowded.  However, the stretch that we cruised along was most very peacful and quite serene. 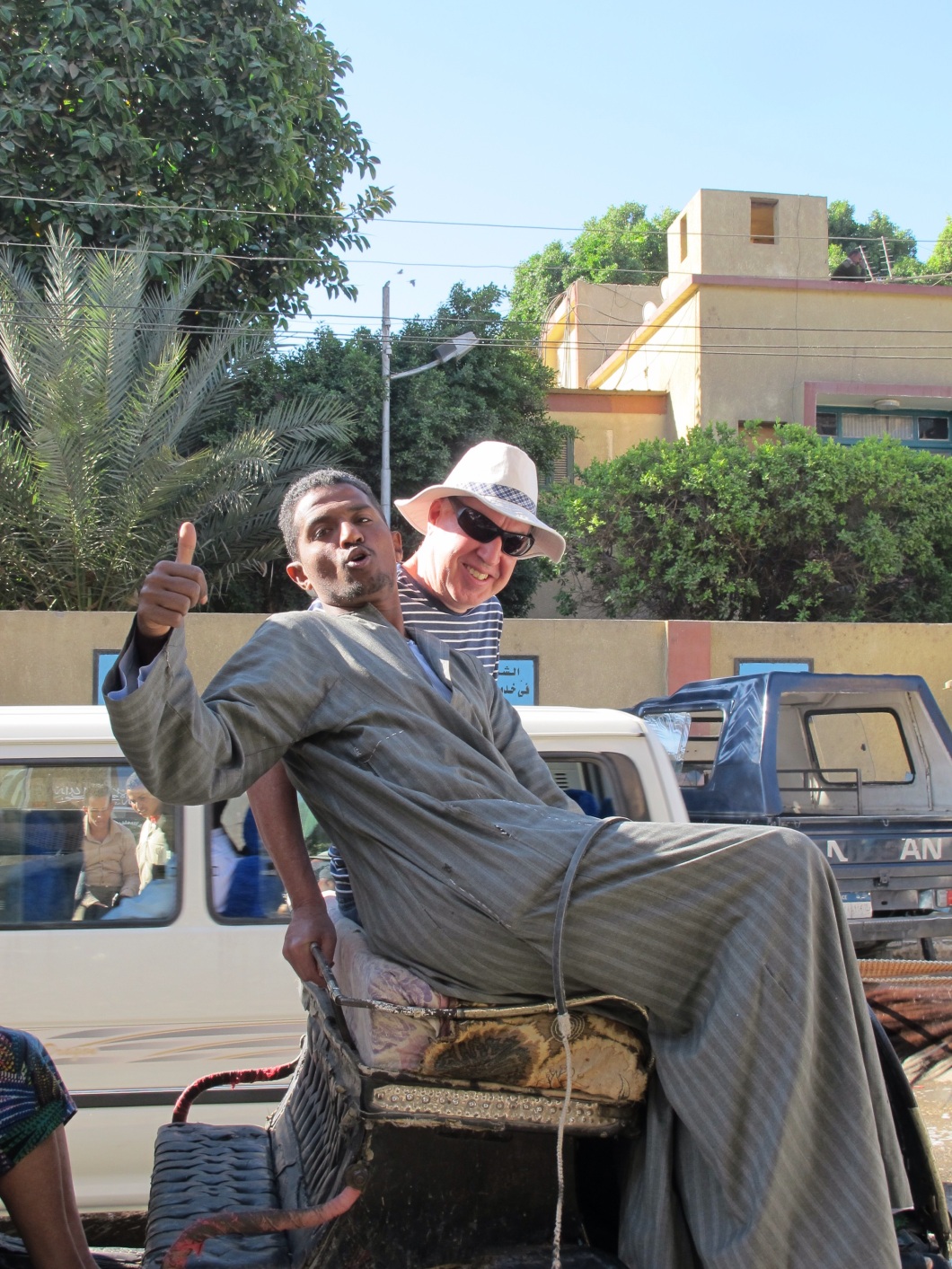 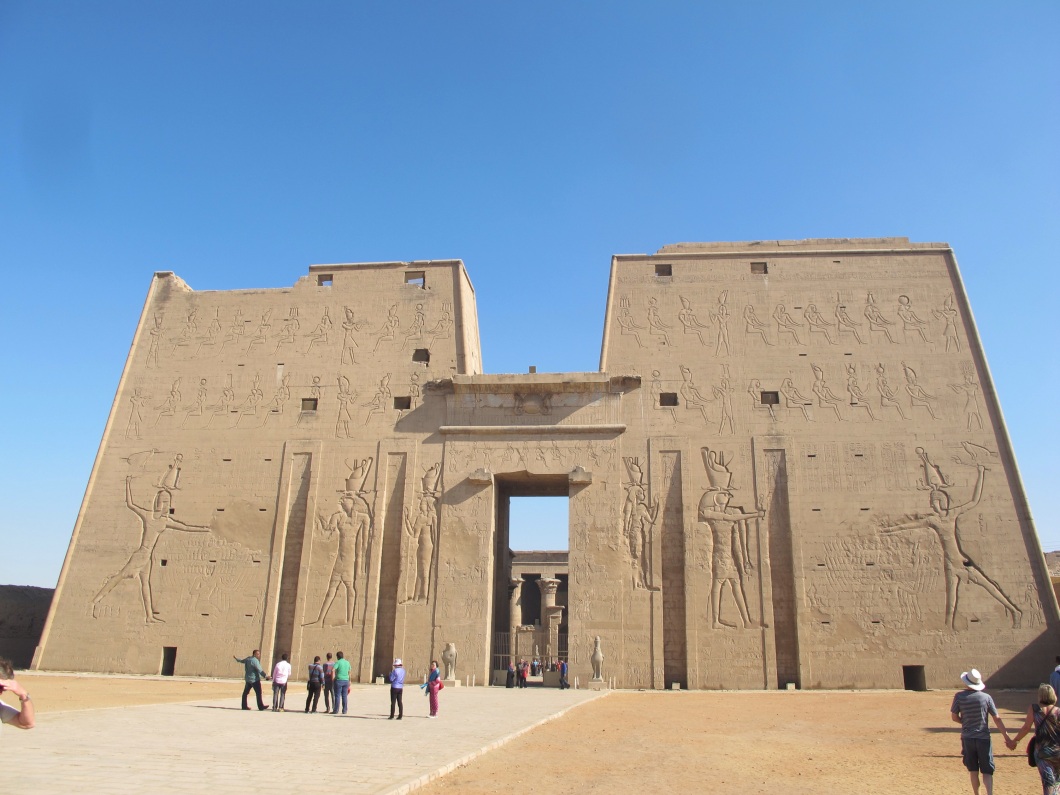 Our first  stop was at Edfu Temple, the Temple of Horis, the falcon god, built in 230 B by Ptolemy III.   Our guide, Mohammed had organised for us to reach the temple via  a 20 minute horse drawn carriage ride.  That was a bit of fun. 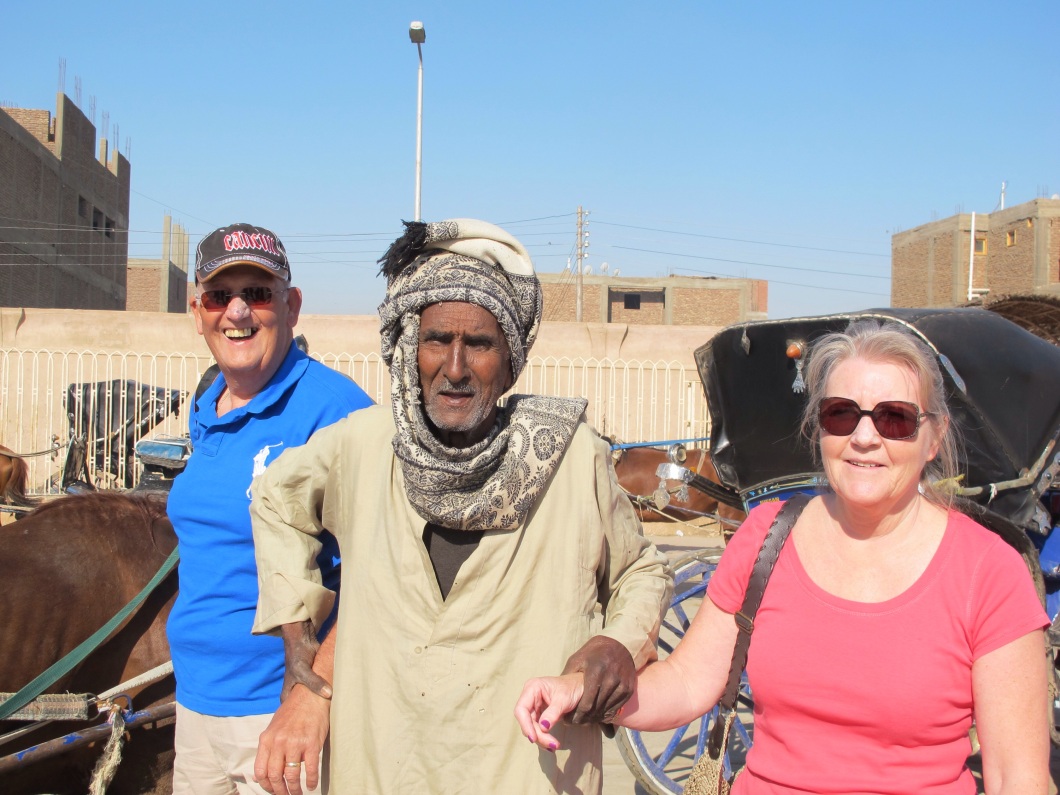 Wendy and Ernie with a well wisened cart driver. 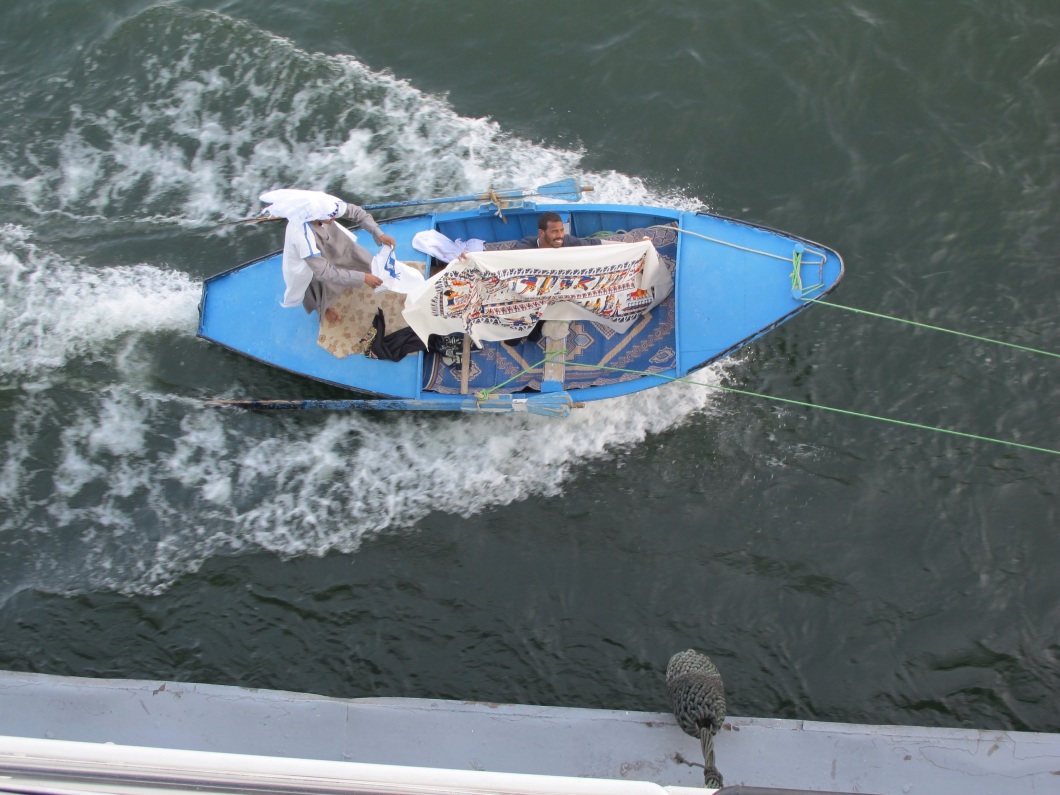 Whille we were cruising along these boats would manage to pull alongside, tie up and  try and sell us things.  Irene  and Reg bought this table cloth.  There were a lot of jokes about the paint washing off..  The thing is they throw  the goods right up to the top of the boat, which is pretty high.  Then you have to throw them back down if you don’t want them.  Then there is the money issue  … luckily the crew can throw accurately! 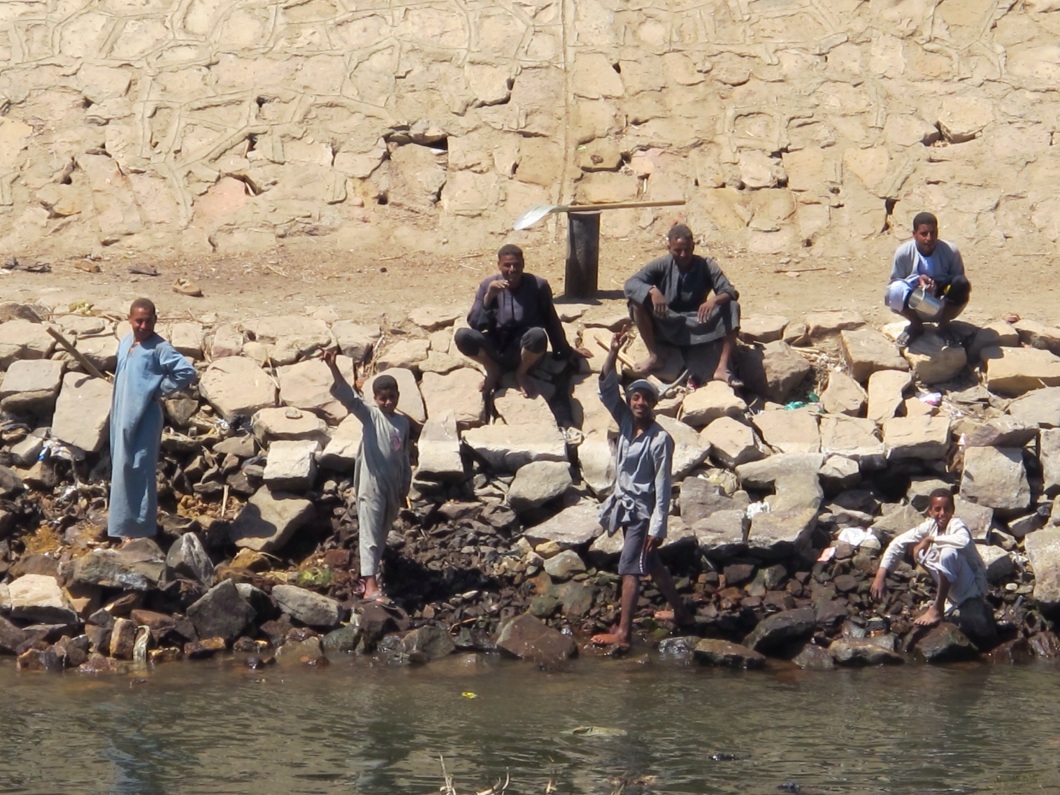 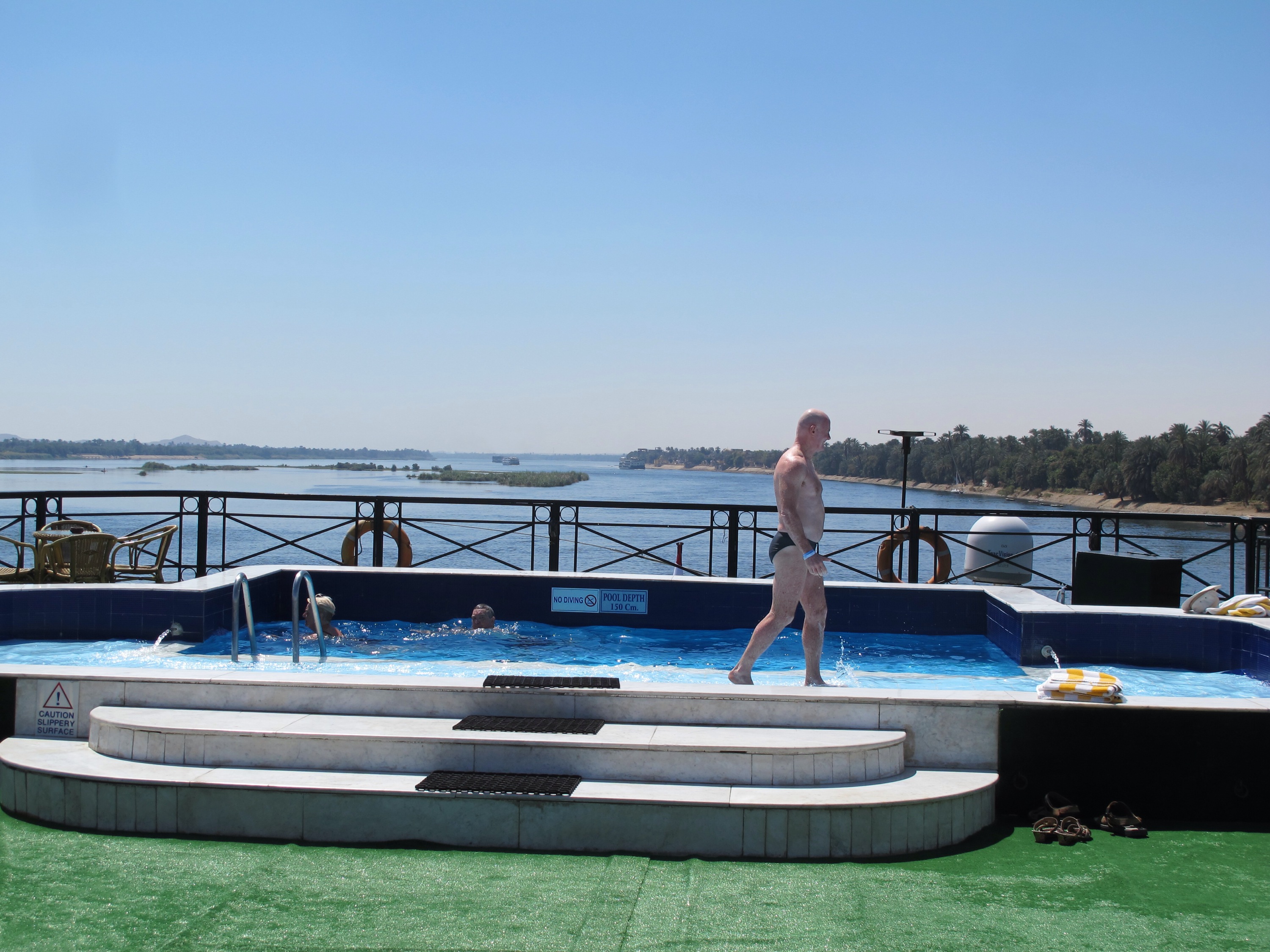 John after a dip in the onboard pool.  At the beginning of the week it was freezing.  By about day three I managed  to make myself go in.  By day 7 it was perfect … but then again the temperature soured to 39 degrees. 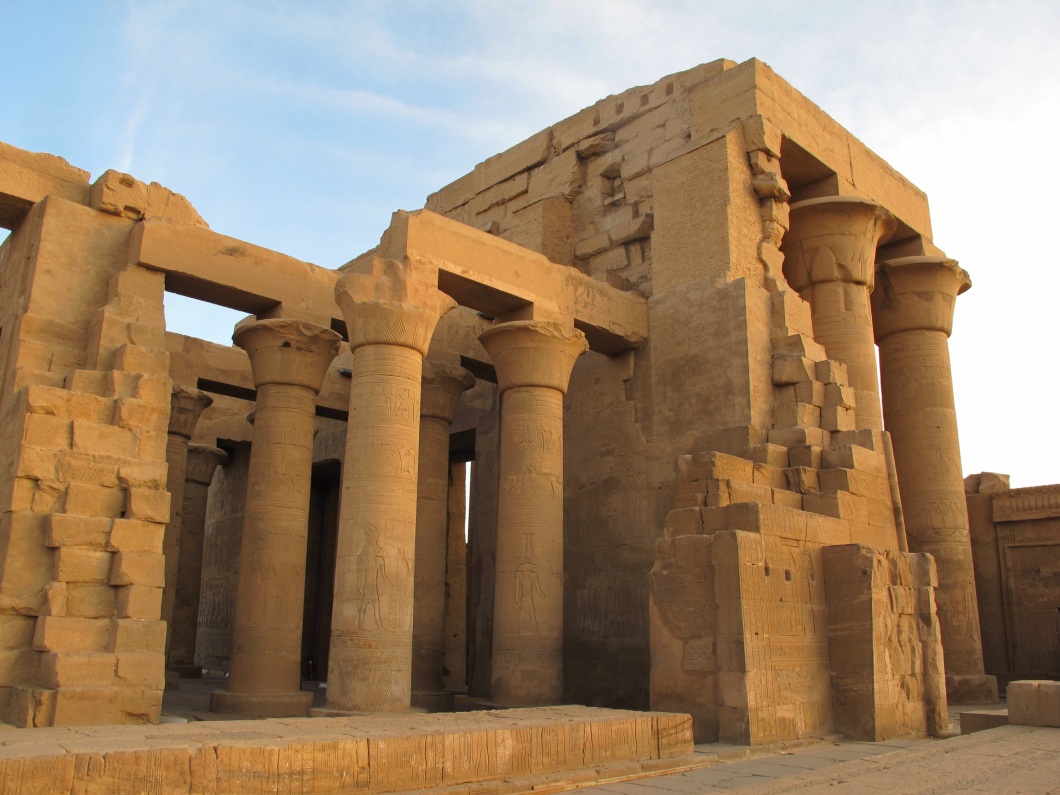 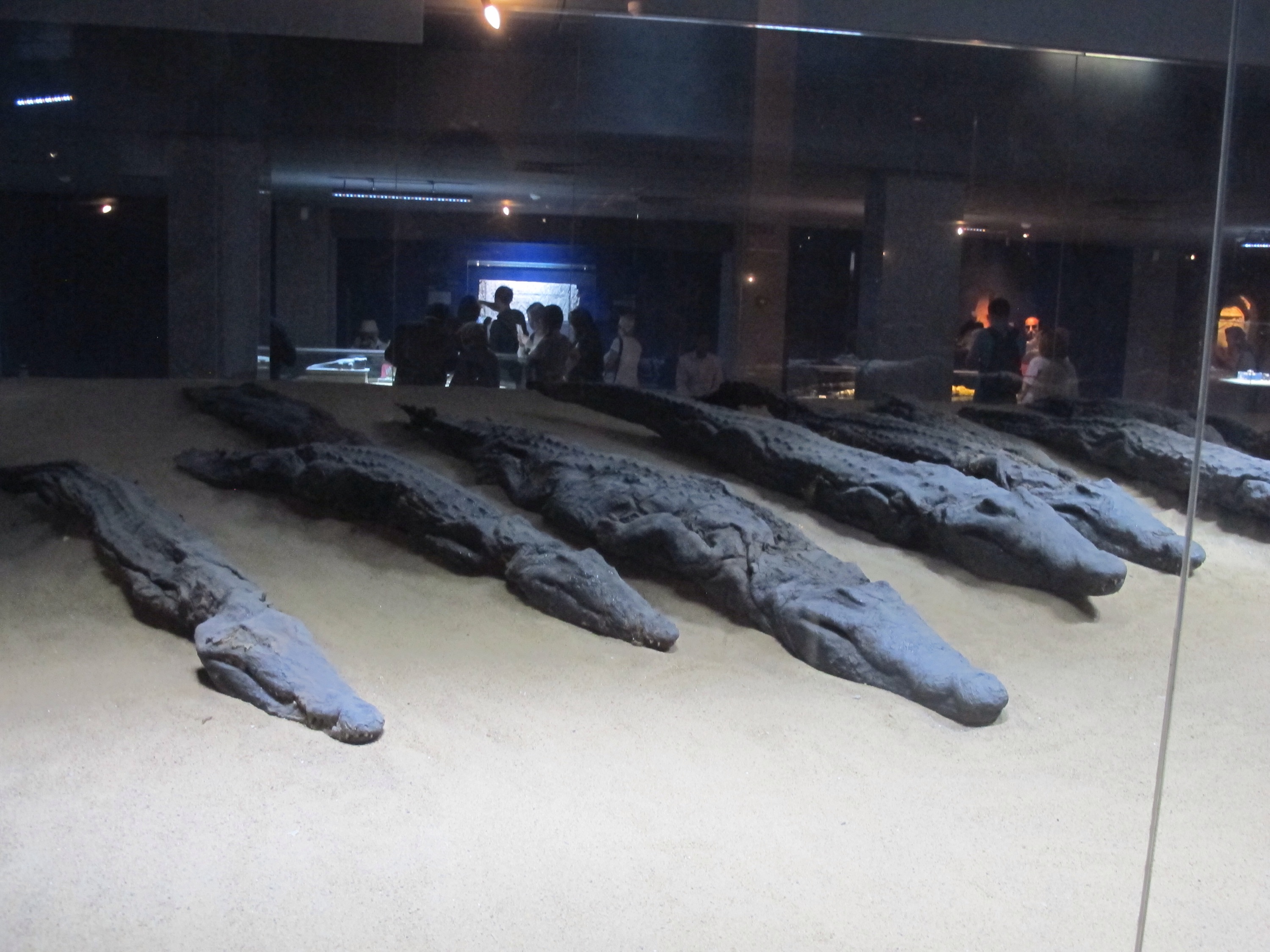 Next stop Kom Ombo Temple.  This temple was built during the Ptolemaic  dynasty and the building was unique as the double design meant that there were courts, halls, sanctuaries and rooms duplicated for two sets of gods. They also worshipped crocodiles … these crocodiles were mummified and found in tombs. 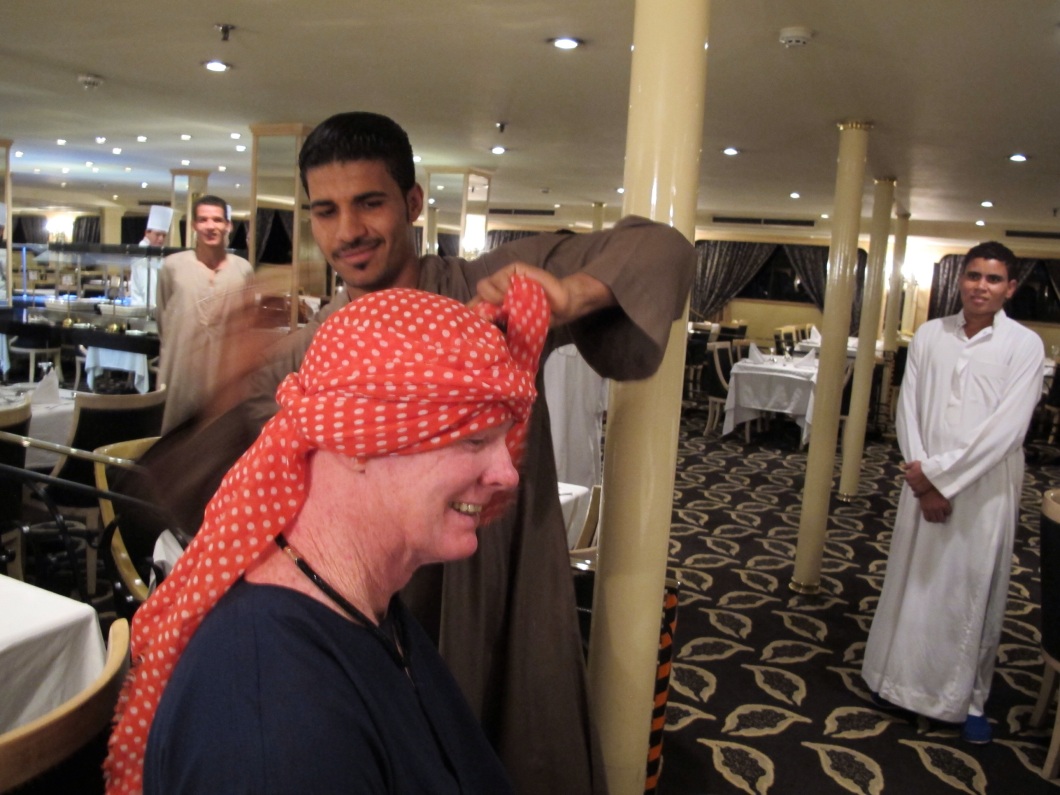 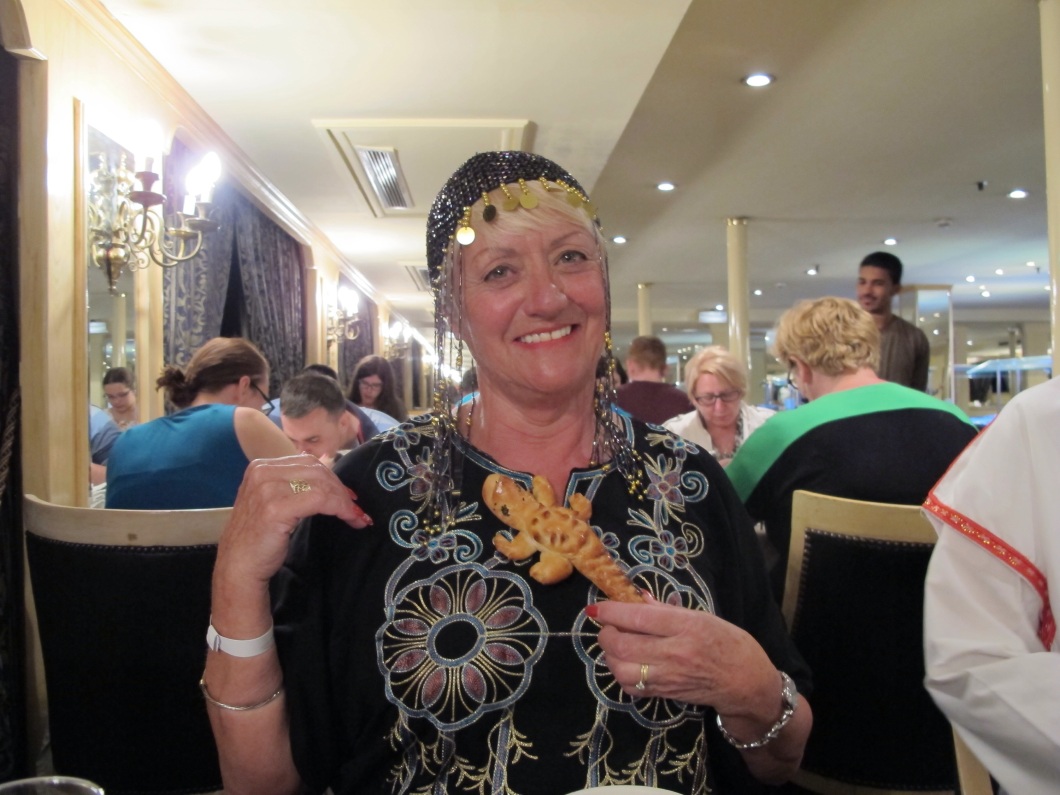 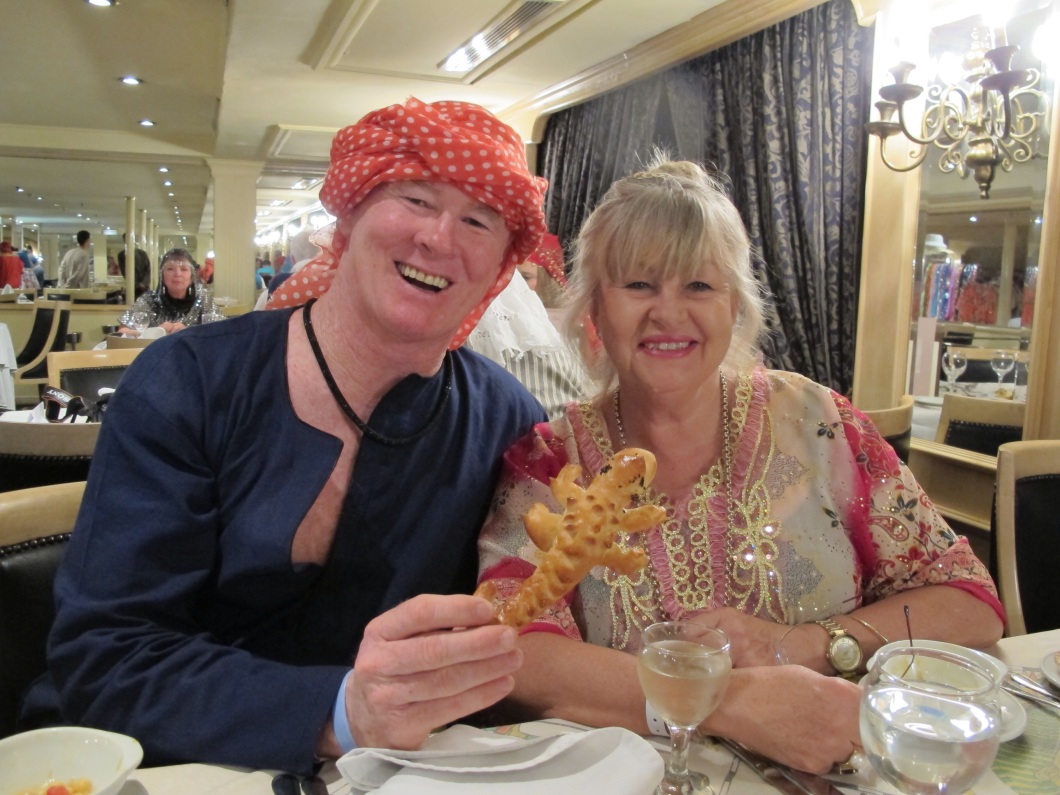 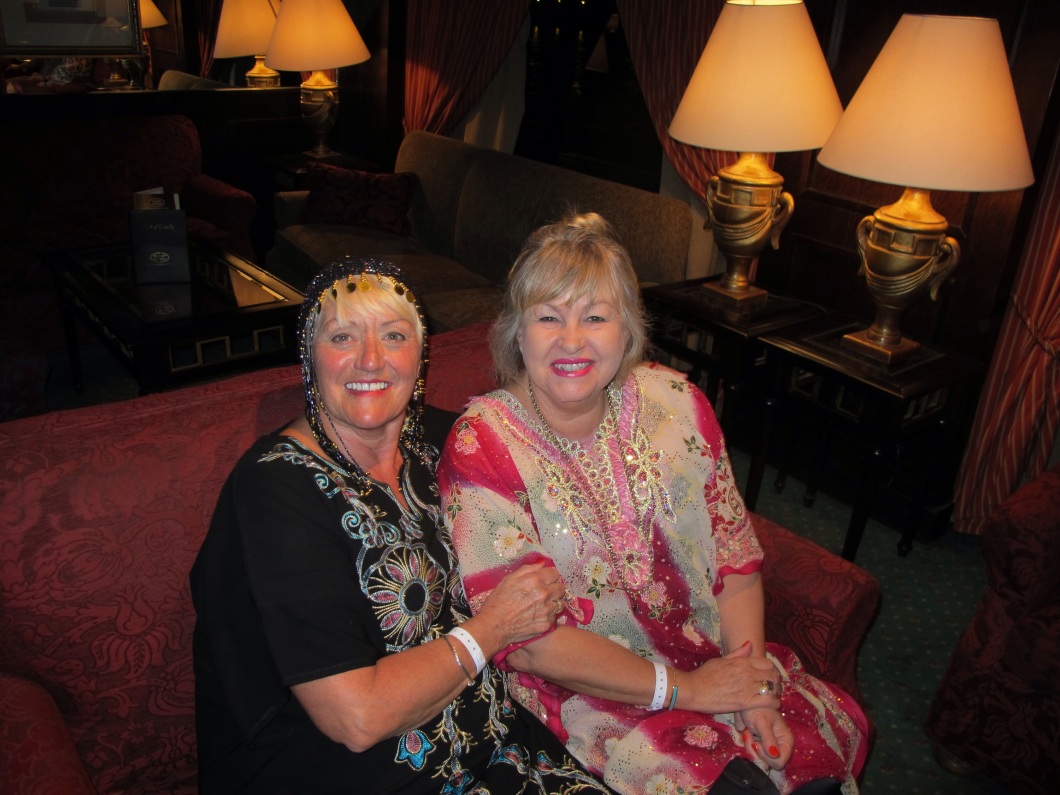 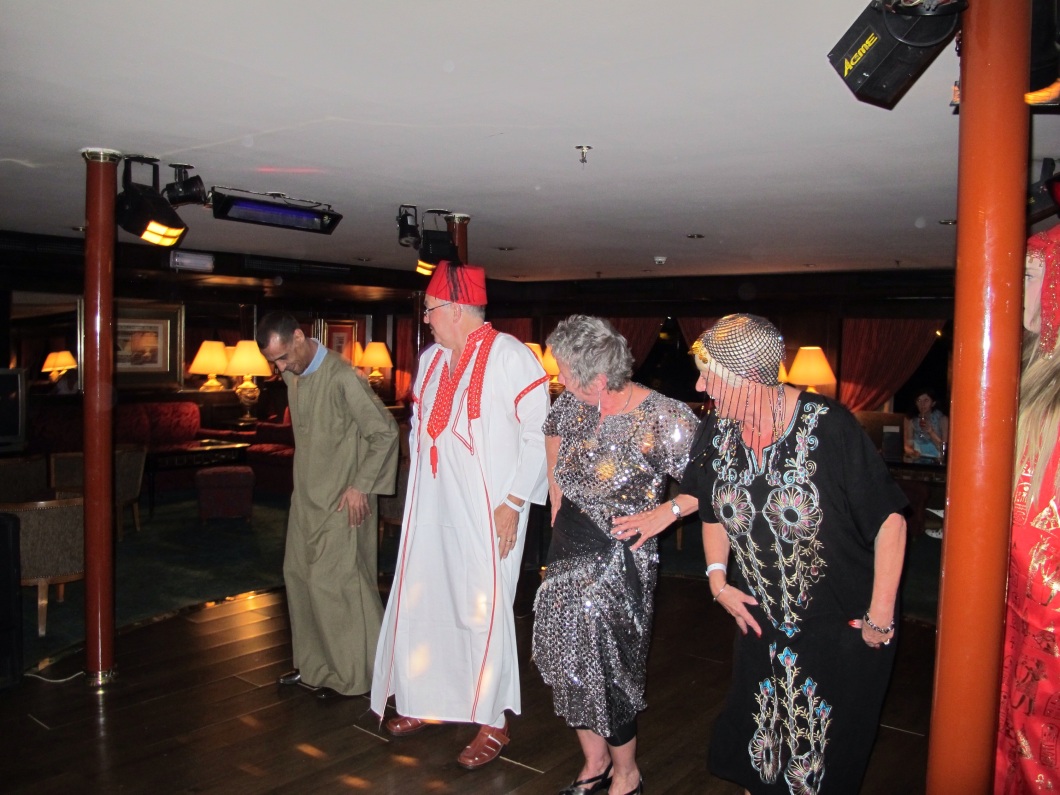 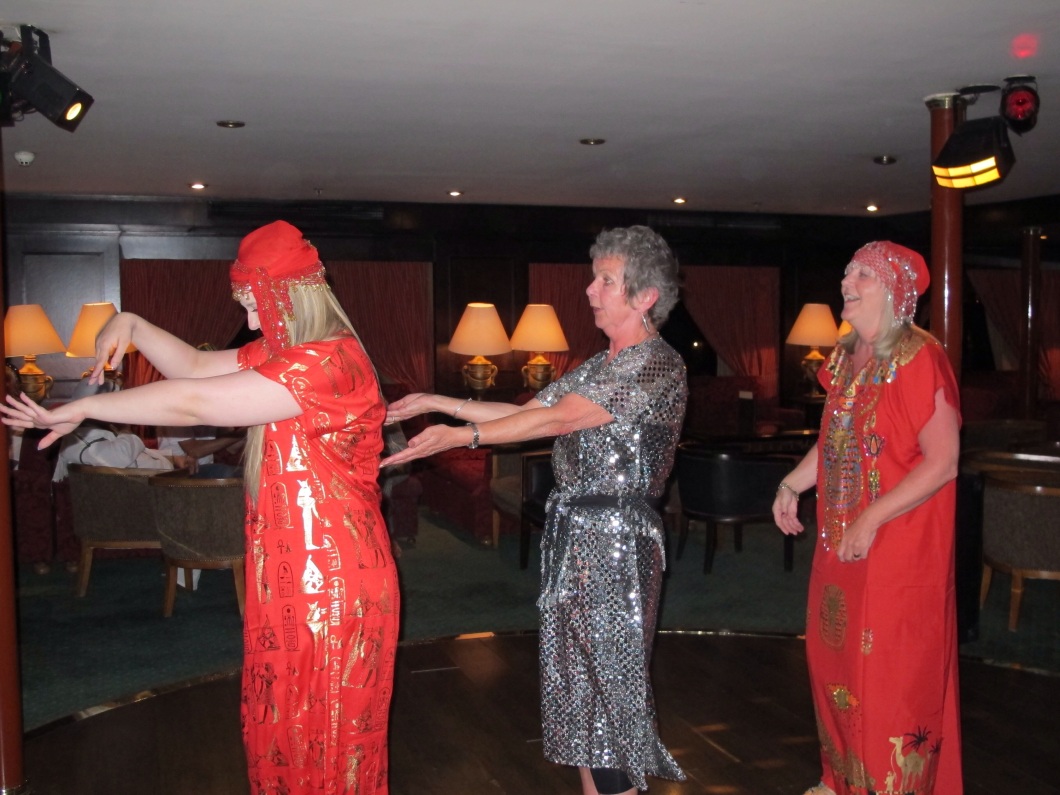 This was jlaba night … we all got into the spirit of things and bought dodgy outfits to bling around in.  Lots of macarina happening on the dancefloor.