Of course John loved it … and for once I made a mistake. I had several other options for these two weeks … Paris or Porto, Portugal for a lovely wedding … and I made the mistake of choosing Kiel.

The weather was shit and SAP kidnapped the regatta. Of course that was my opinion and definitely not Johns. However, there were a lot of upsides to the two weeks we had there. I got to see Hannah and the Goerge’s who are lovely people. I also got to see a lot of people that I really like … all of the Australian sailors and many many international sailors. I managed to borrow a sewing machine from Andrea and make seat covers for the back seats of the van and cut and sew the sheets for the reconfiguration of the sheets for the beds.

Jane kept me sane! She taught me how to do naughty things like download movies and I taught her our new card game. The Aussie boys lent me their little car which was great so Jane and I took off for a couple of day trips. Unfortunately there really isn’t anything worth seeing in the area, so we just went shopping.

Several days of sailing were cancelled due to too much wind. The functions were pretty good. Unfortunately there wasn’t an actual club on site … just the SAP tent and they sort of got it all wrong. (once again that was my opinion). John and I actually had our only fight of the whole year … he defended them and I was outraged by their lack of hospitality to families. The first day they kicked us out of the tent at 4.45 pm as there was a sailors only function … it was raining and there was nowhere else to go. There were about 15 of us … one was a mother with a 6 week old baby that she was about to feed. They just asked her to leave. It went downhill for me from there. They also turned the internet off at 6 pm and kicked the sailors out. Really! After a lot of complaints by mid week they reversed a lot of their decisions but it was too late by then. The other thing that really got up my nose was the fact that a third of the tent (it was a building really) was roped off for SAP VIP guests. Is that really what sailing is all about? A couple of weeks earlier we had been at Kuhlunsberg Germany for the Contender Europeans and it was a great regatta. No wiz bang sponsorship, but friendly, inclusive, great functions etc etc etc. I know which regatta I enjoyed more!

Highlights of the week … the first night when 10 Aussie sailors rocked up to the van and I did the loaves and the fishes and fed everyone. John had a keg and the boys carried over a wooden table and chairs and we all huddled out of the rain. John pulled the slackline out and the boys attached it to a tree and the little red car … which had to be chocked up because it got dragged along. After that we attached it to the German campervan next door.

… We had a great meal at the Goerges one night and a fabulous afternoon tea followed by a two hour walk with them through the countryside. We were keen to see Hannah’s granddad and were lucky enough to run into him in a cafe on our last afternoon.

I was thrilled that two of the Aussie boys came second … Luke and Pete … great young professional sailors. We will see big things from them in the future! Great kids!

I said I would never go to another regatta at Kiel … and I mean it this time! 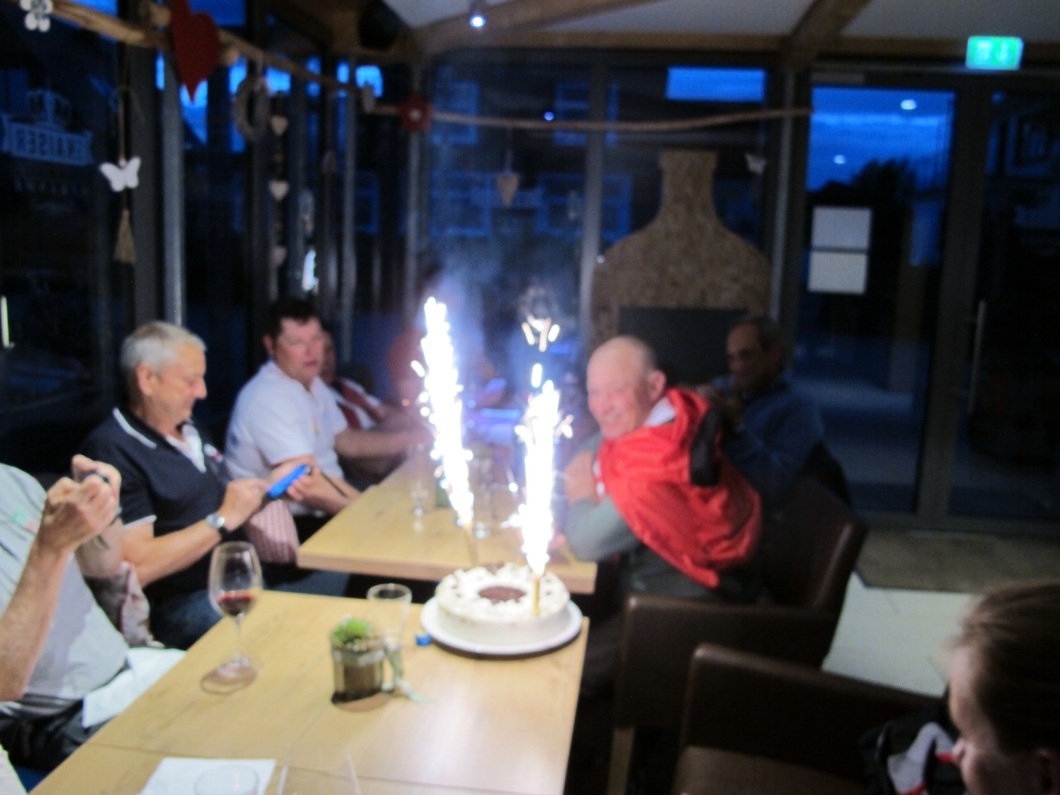 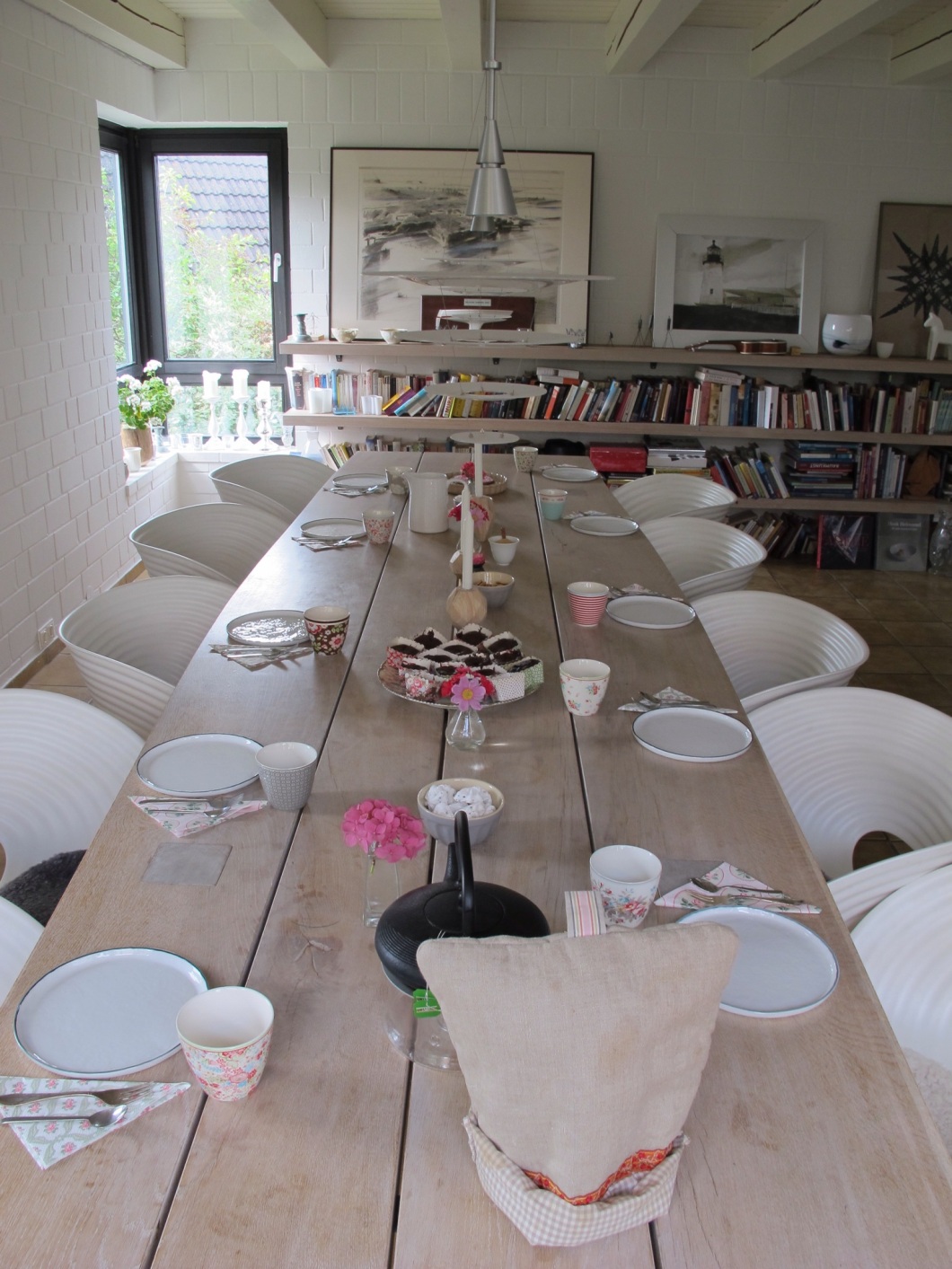 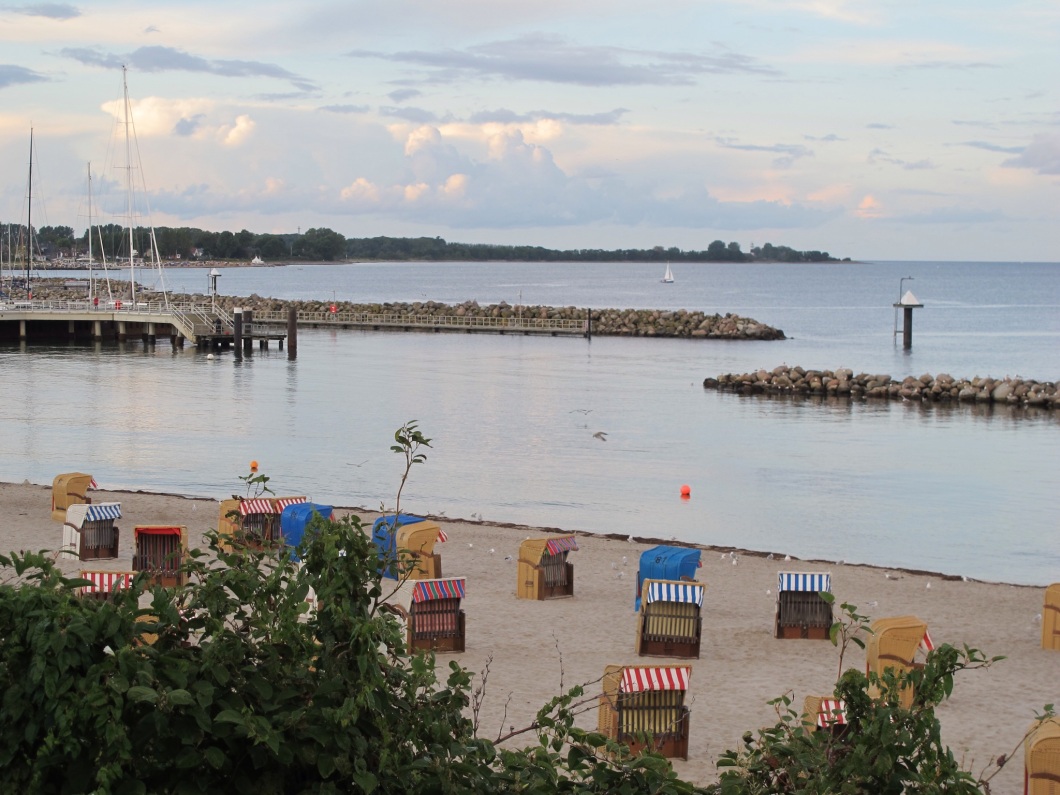 The very top photo of this blog is John and Marco (his Italian skipper) winning the table soccer game at a competition on one of the days when they couldn’t sail .. you would think that he had won the whole bloody sailing regatta!

The Goerge’s beautiful house, Sammy Cronin’s 60th birthday cake at the function I helped organise as a surprise for him. Sammy was John’s skipper in Barbados. He is a bachelor and was very surprised!

Kiel looking beautiful … after the regatta finished! Presentation night with some 505 legends.