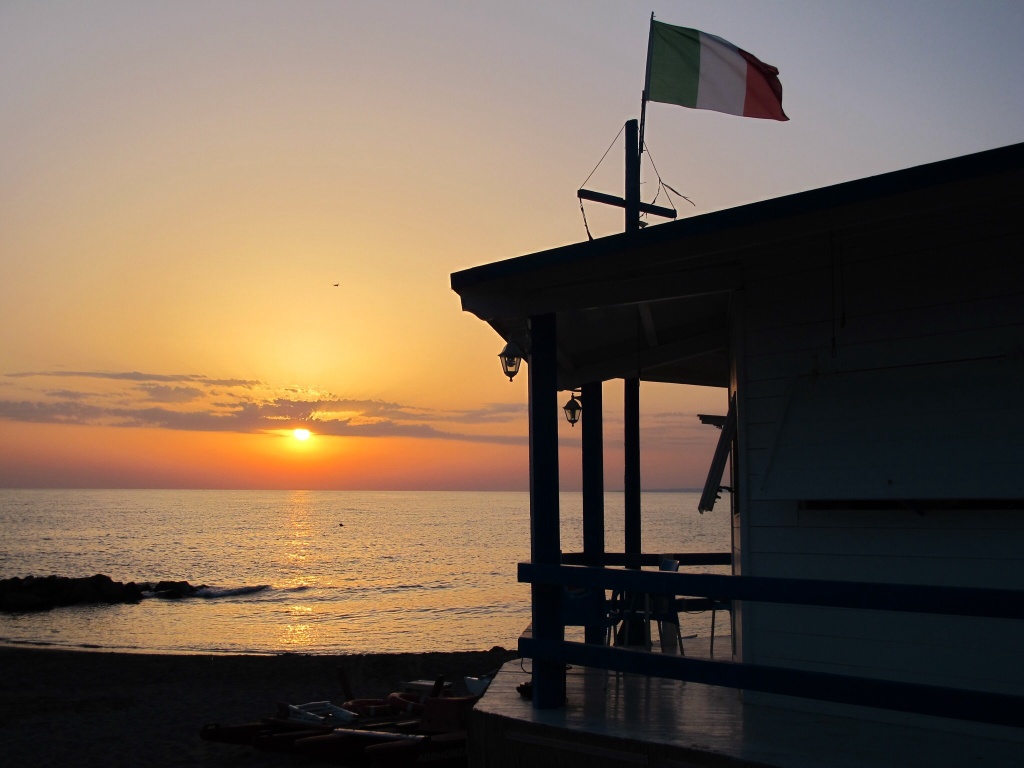 No photos taken this day unfortunately!  We headed off to a large shopping centre to sort out internet for my ipad mini.  When we got back to the van a couple of hours later we had been robbed.  They flipped the window over the sink/stove.  They tried the doors and buggered the locks, but we have extra deadlocks so they couldn’t get in the doors.  It just goes to show how easy it is to get into a van if they really want to.  We had all of the security that we could.  We also have a steel rod in the front window so they can’t force that open, but the other windows are obviously very easy to get in to.  We will have to see what extra security you can get on them.

We headed straight off to the police and they were lovely.  They said straight up … it won’t be Italians, it will be Romanian Gypsies … tell me about it, I hate them!  They said that they break into Italian cars all of the time and to be especially careful of the little children.  There was a lovely big Italian policeman who was off duty and he was really sympathetic with us.  When he told us why he was there we stopped worrying about our few possessions.  He was there because his friend who was in the military police was found dead in his hotel room in Hungary.  He was there tryng to sort out where his car was.  He had parked it and flown out of Rome airport.  The thing is there are about 40 large car parks there and he had no idea where it was.  The poor man had two teenage sons.  The policeman was a lovely big fellow who played rugby for the police.

After we filed our report we headed off to find somewhere to park for the night.  I cooked dinner and put everything back in the cupboards.

I climbed into bed to read and then felt cold so went to pull the doonas up.  They weren’t there!  They had stolen them.  Really!  We loved those doonas … they were cool in summer and warm in winter and had lovely soft covers that dried really easily.

The next day I did more of a search and realised that they had stolen all of my prescription glasses, including my reading glasses.  Bastards!  That is just weird.  They left all of Johns.  They also stole a watch of mine and a bag of Johns that he has no idea what there was in there.  We will probably never quite figure out everything that they stole.  However, we made a conscious decision not to let it get to us.  We have had a pretty good run over the last five years.

We have to get the window and the screen repaired where they cut it open and the locks fixed.  However, there are other little things that have broken that we need fixing anyway, so off to a Hymer dealer soon.  We can still lock the window with two latches and lock the doors with the deadlocks.