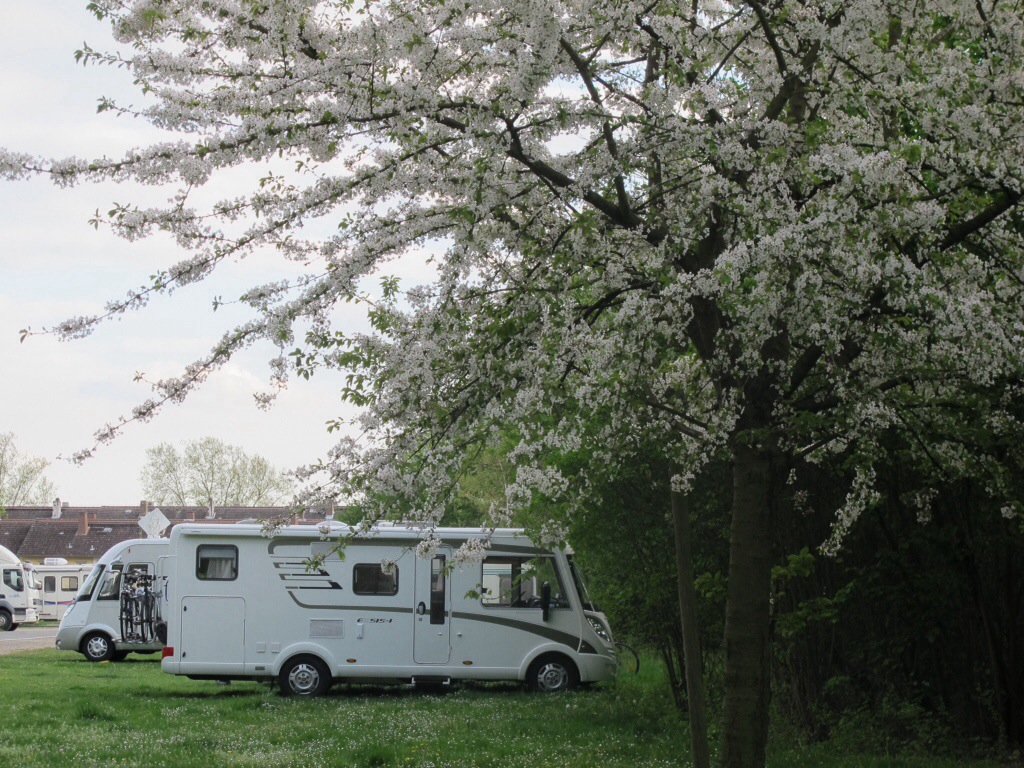 Not a bad spot for our first true nights camping at an aire … the Hymer carpark doesn’t count!

We decided to head in the general direction of Metzingen. We seem to gravitate to there driving to and from Soest. It is a great outlet town and my excuse this trip was that I needed new hiking boots … we won’t mention the Escada Tshirts and cardigan … oh, or the Michael Korrs striped top.

So, the hiking boots took me hours to decide. I wanted something lightweight, but with a serious sole. In the end I think I made the right decision … time will tell. Lowa …never heard of them, but apparently a good brand.

Back up a bit … the photo above was taken at the aire in Oppenheim. A quiet little town along the Rhine. We managed to go for a big walk along the Rhine, ending up in a bar in town for a beer.

Next night Metzingen … fairly late … so didn’t get much done. The next day was spent shopping … although most of that was the boots.

Headed south fairly late and stayed at Hechingen near a swimming pool. We decided to check it out and low and behold they were selling beer. So while in Germany drink beer and eat sausage! Met a lovely fellow there who told us about the surrounding area.

Saturday we headed up to Feldberg, which is the highest mountain in the Black Forest. There were still patches of snow … enough for John to have fun!

We went for quite a walk uphill … eventually having to come down. As you can see it was beautiful though and a great test for the new boots … definitely snowproof.

I forgot to mention how beautiful the weather has been. We keep pinching ourselves … and the spring flowers are beautiful. In Germany the Cherry Blossom trees were in full bloom and the bright yellow canola crops looked beautiful against the blue skies. 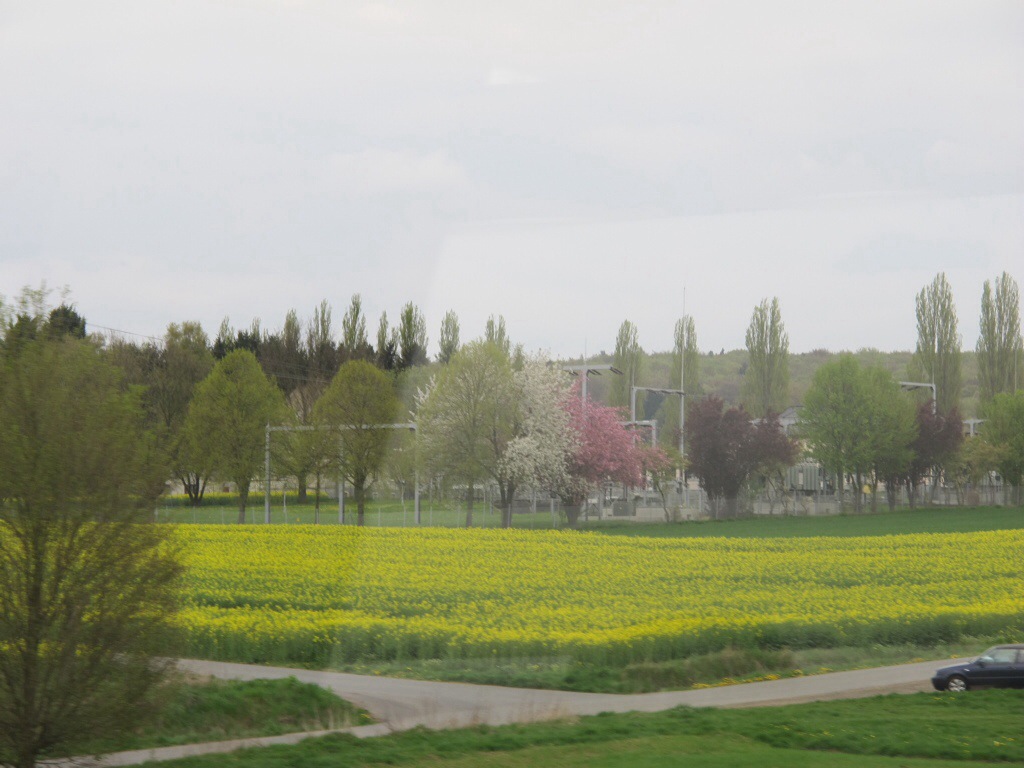 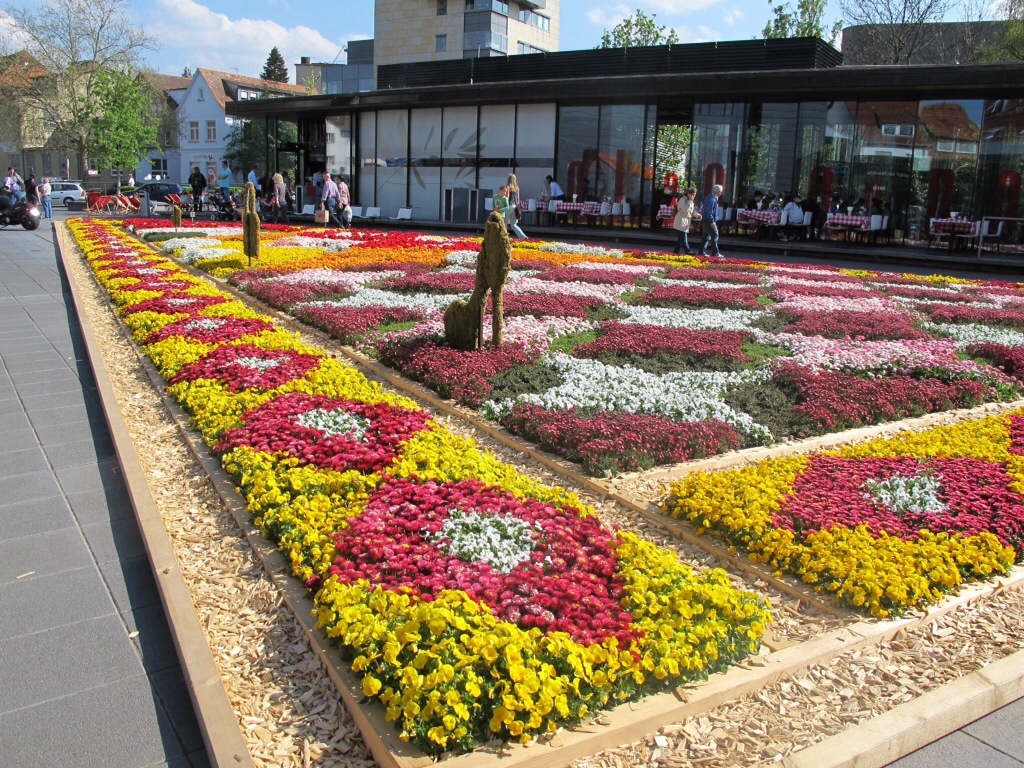 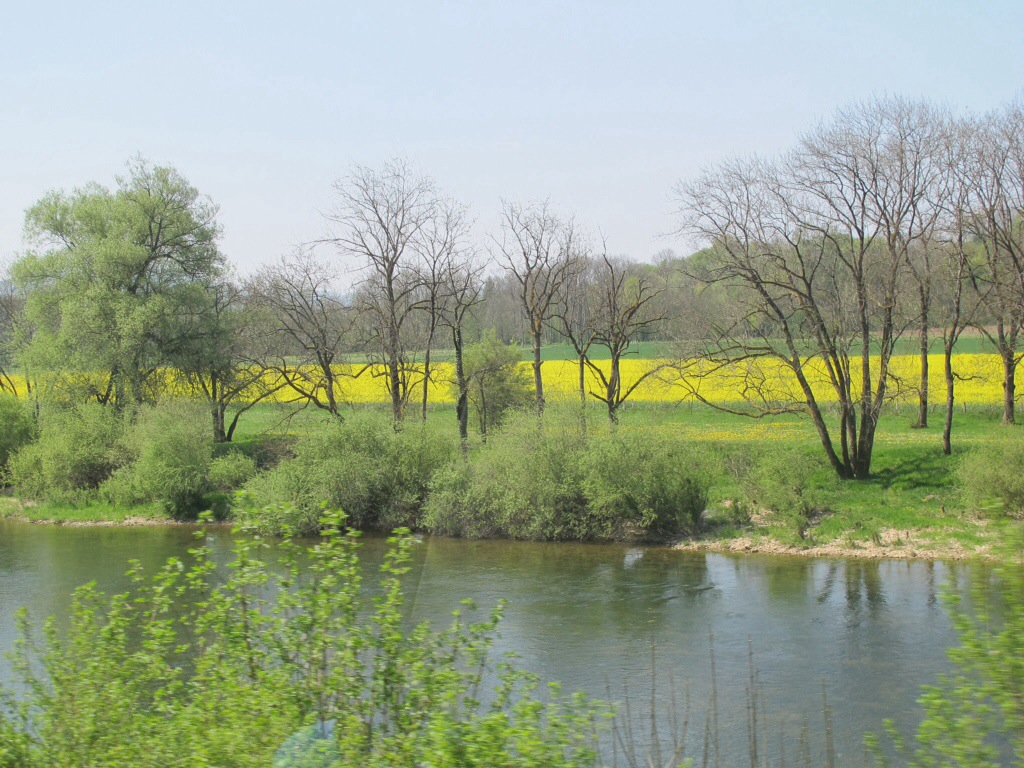 Next night we found an aire at Mont Beliard and it turned out to be a cracker. Right next to a Great Lake system. We arrived really late and were pleasantly surprised the next day. We went for a big walk, John decided to have a swim and then we both had showers at a little training sailing school on the lake. The only drama was that mine got really really hot and I had to sneak into John to wash all of the soap off.