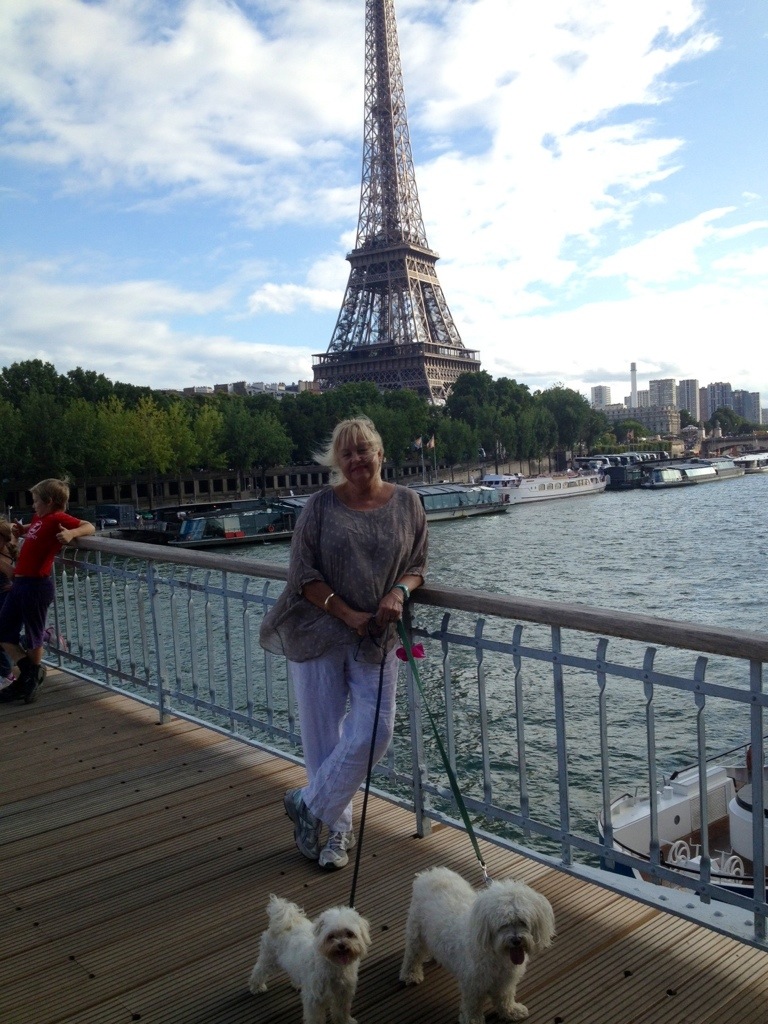 We arrived in Paris after a 6 hour drive from the farm. Once again I did some of the driving to give John a break. He had the dream run, I hit a few traffic jams. However, it could have been way worse as it was what they call a “red day” with traffic. Because it was the middle of August there were a lot of people travelling to get back to work or to go on holidays.

We arrived right bang smack in the middle of Paris near the Eiffel Tower and jagged a park straight away. As it turns out there are no parking charges for August because the city is so empty as everyone is on holidays.

We had a big night Saturday night. I have promised myself that is the last one!

Sunday we were very lazy. Spent a lot of time in bed reading, with a couple of walks thrown in for the dogs. John bought some groceries and we cooked a roast and ate it at 3.30 pm. Such a novelty for us to have an oven.

This week we have done a lot of walking. Monday and Tuesday we went for big walks to swimming pools so we could do some lap swimming. Both of them were closed. Ha! However, on Tuesday there was a cinema right next door so we went and saw Now You See Me. We loved it, especially as the lead actress was French and some of the film was set in France. It is actually a great way to learn french as it had French sub titles. Going to the movies was also a huge treat for us.

Wednesday we walked to another swimming pool …. and bingo, success. There were actually three pools, the biggest being 33 metres. I was impressed with myself that I did 40 laps … swam for 52 minutes.

On the way home we came across a bit of drama on the Parisian streets …. 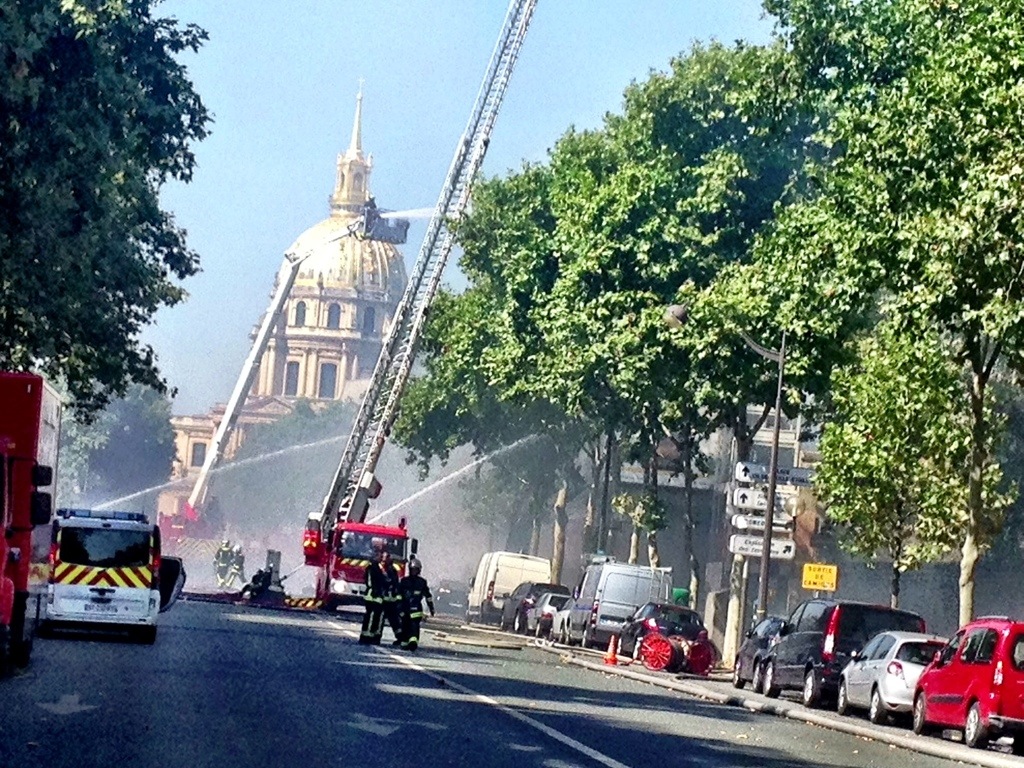 There was a huge fire right near Invalides. We watched that for a while and then made it home for a late afternoon lunch … 4.30 pm. We had walked an hour each way so were pretty tired by the time we came home. So a little nap was in order.

In the early evening we went for a walk along the Seine. It is fantastic there now as they have created a pedestrian only precinct which draws huge crowds. 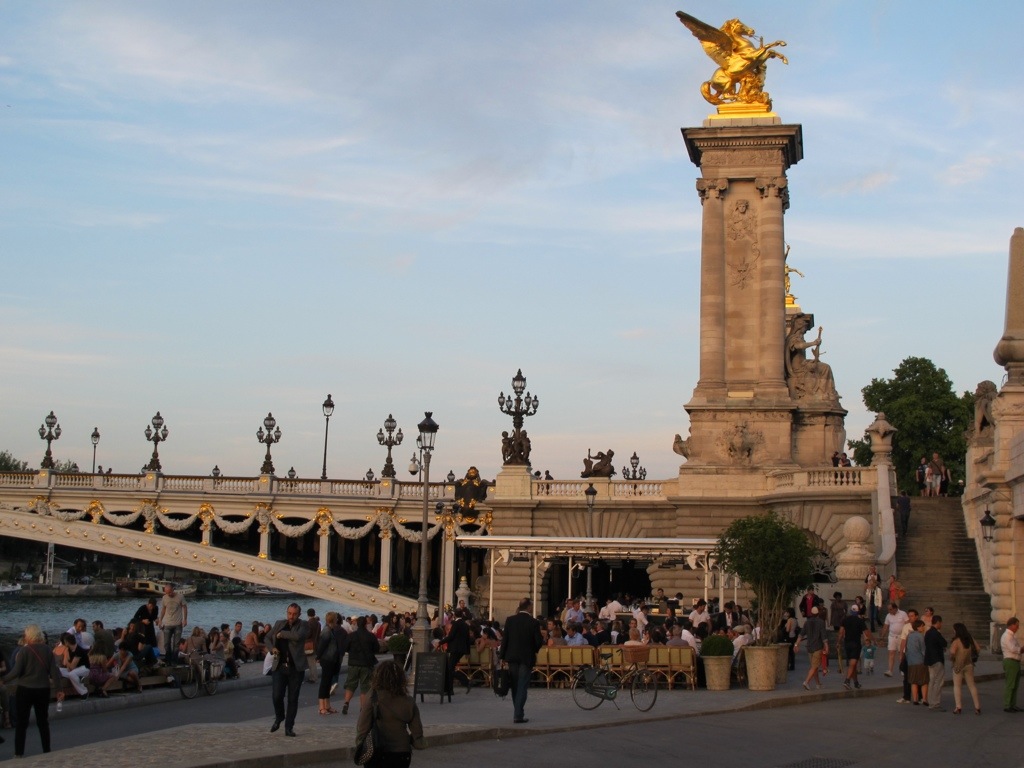 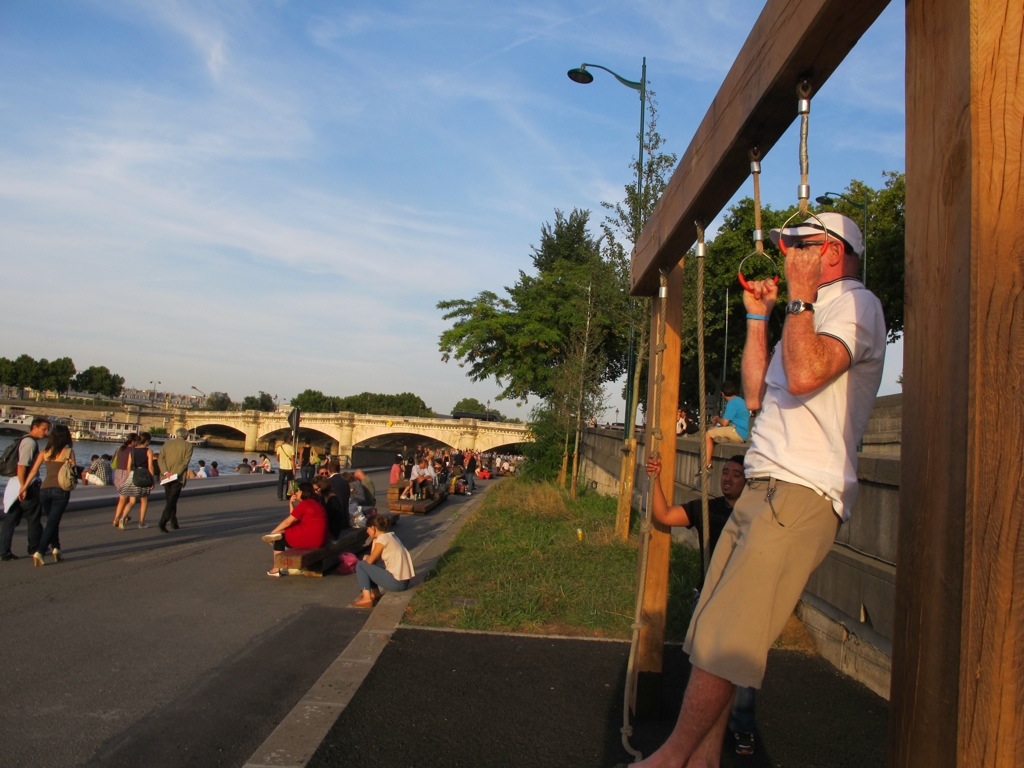 … John doing his pull ups … he is pretty fit. I think he impressed some of the locals by doing 20 all up … 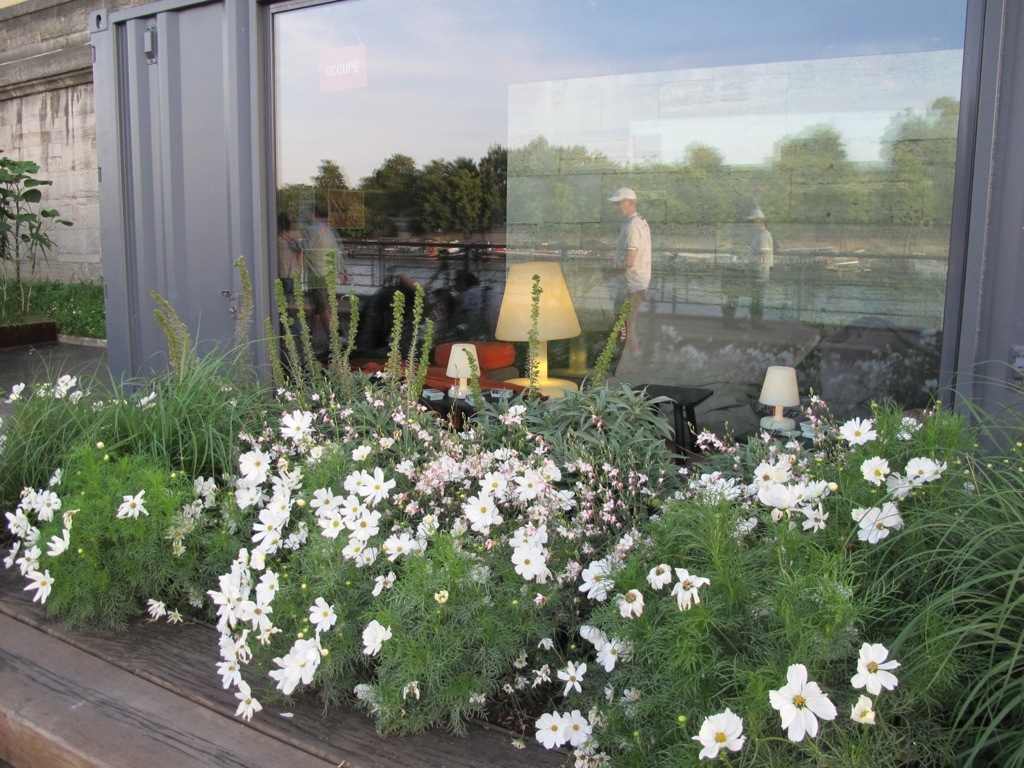 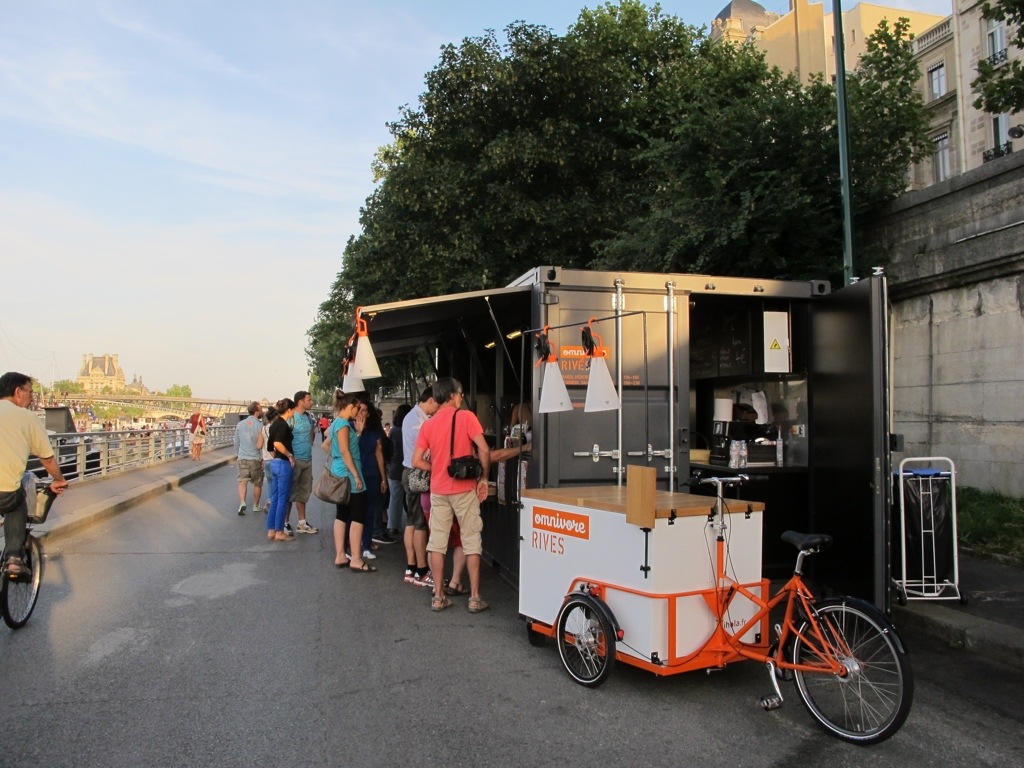 … There are bars and food stalls all the way along for about a kilometre. They look great as they all look like containers … 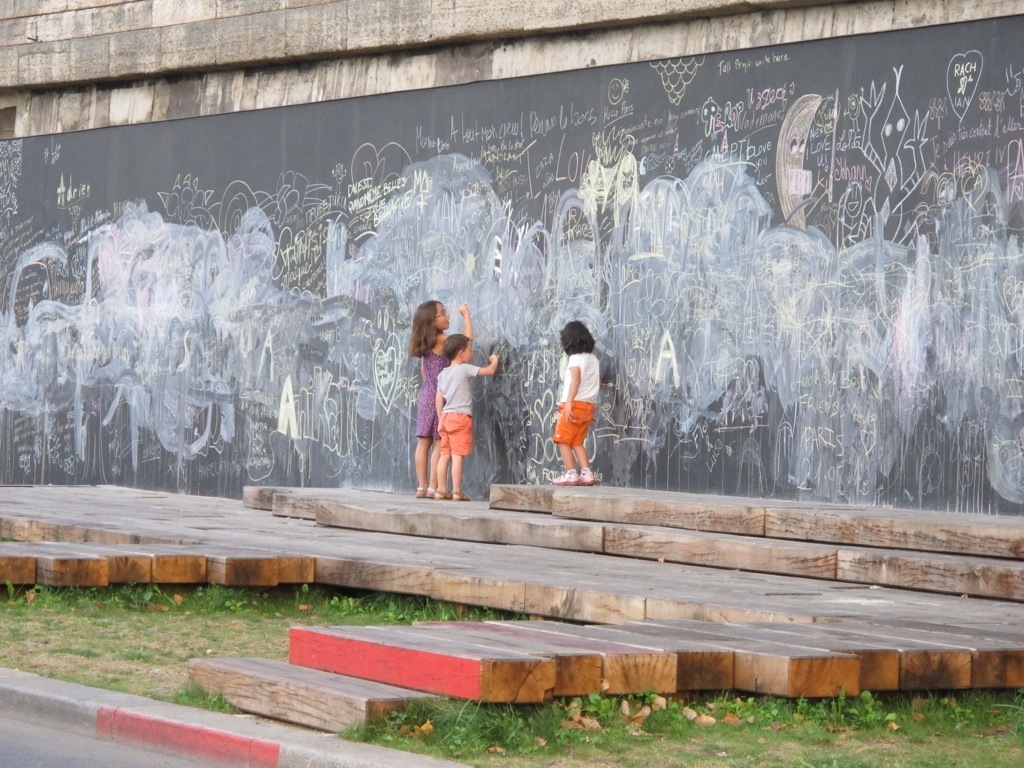 … some of the local children enjoying the giant blackboard … 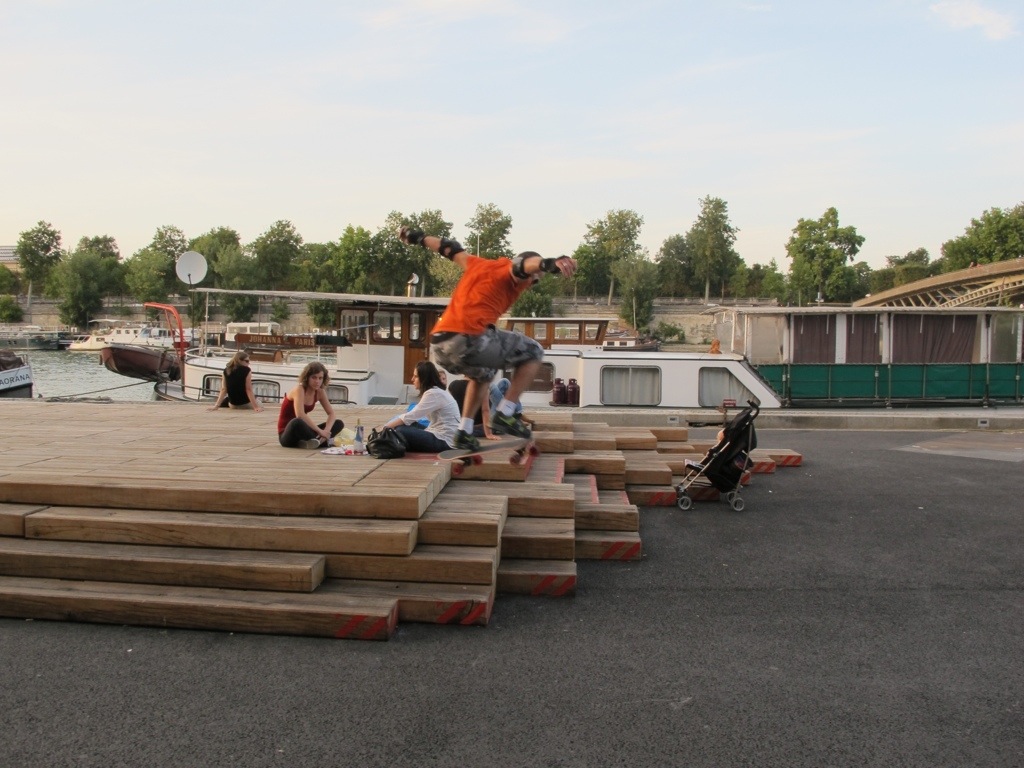 … a skater that John caught in mid air … 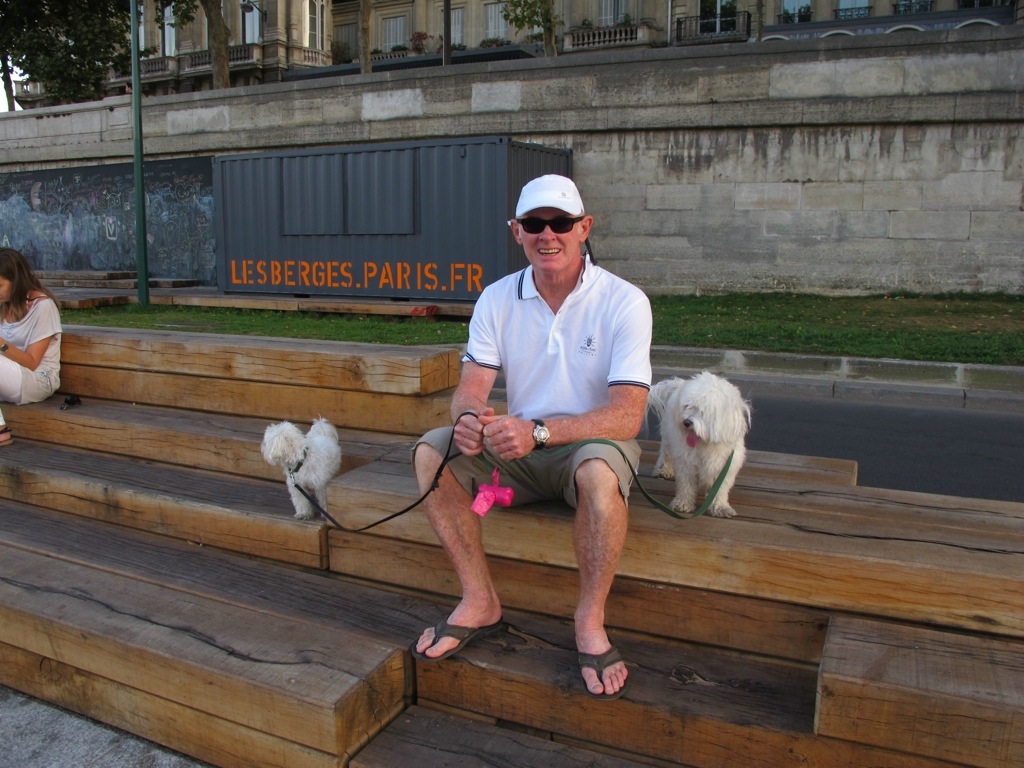 … the boys enjoying their outing …
We havent done one touristy thing so far. We are just “living” here … which feels great. I love this city.

The dogs are great. The little one has a bit of small man syndrome and attacks anything with four legs. He is the oldest but is so full of energy it isn’t funny. He is a bull terror! Bear, the big one, is rather gorgeous. He frets if he can’t see John when we are out walking.

The most embarrassing thing is when I go into the boulangerie each morning with them. There is a giant mirror and they think there are other dogs there and attack them and go berserk! I will have to find another boulangerie, it is just too embarrassing!