Picnic on the Vezere River 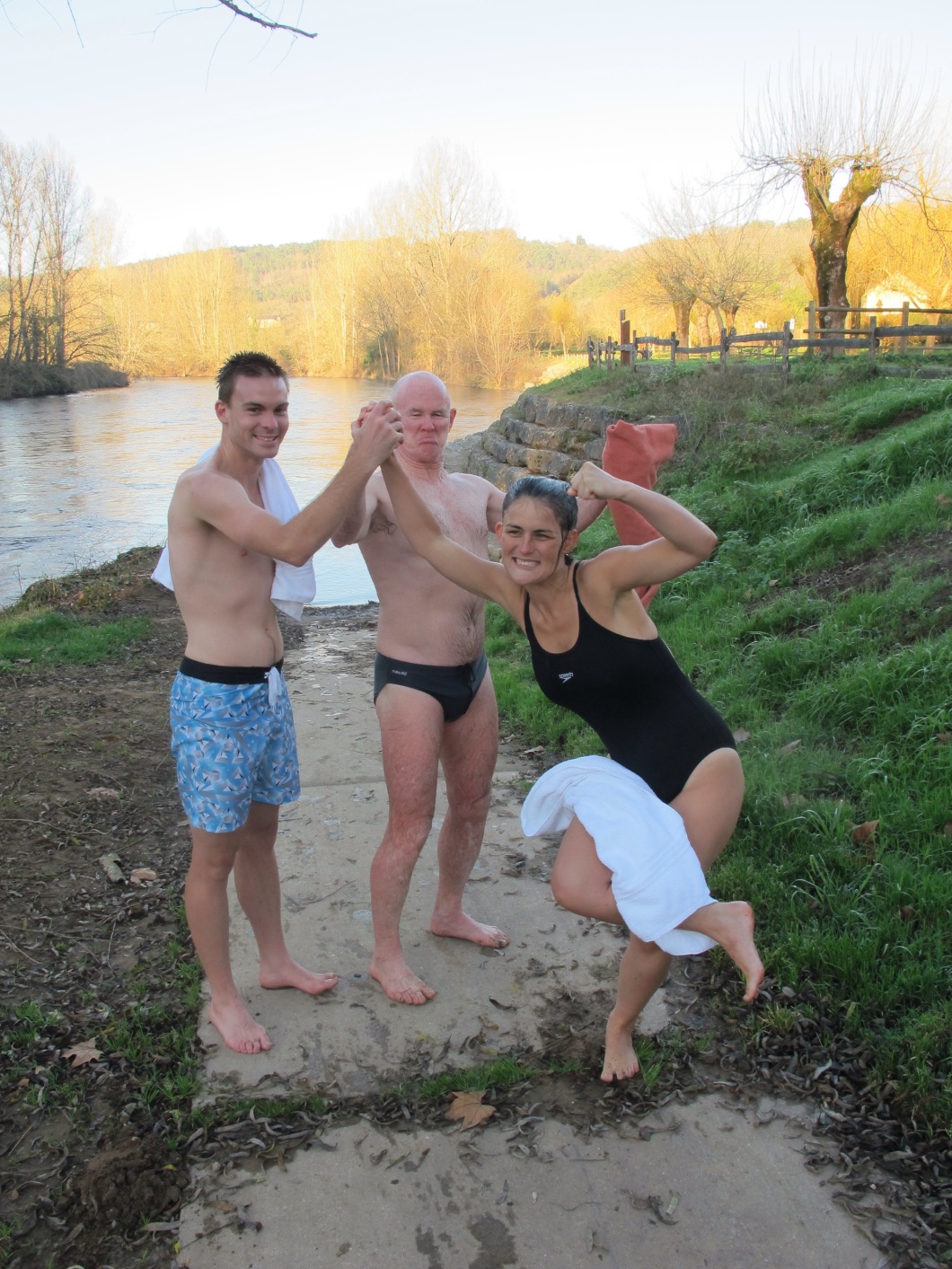 To make the most of the daylight hours we decided to have a picnic. It was delicious and good fun. I s

We headed to Montignac and had a look around. Then we decided to head along the river to find a picnic spot. Hooz came up with the “out of the back of the car” picnic as the ground was just too cold and wet.

There had been a lot of talk about having a swim so Sarah, Joe and John too their togs and had nearly been put off because it was just so cold …
0 degrees! But then they realised that it was the Winter Solstice so they decided now or never!

It was seriously freezing and they didn’t last long but gee they were brave. Jack nicknamed them “Team Dickhead”. 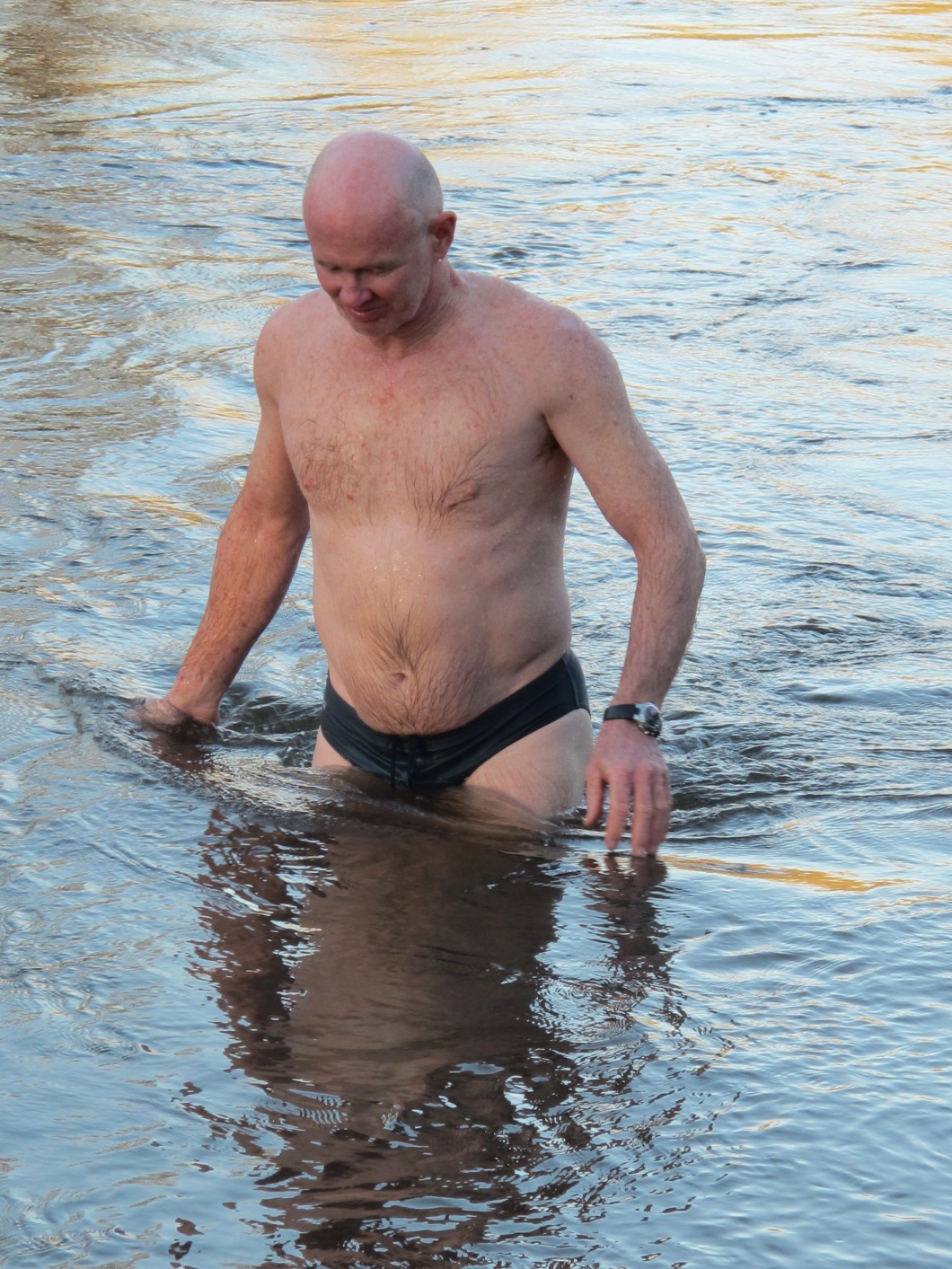