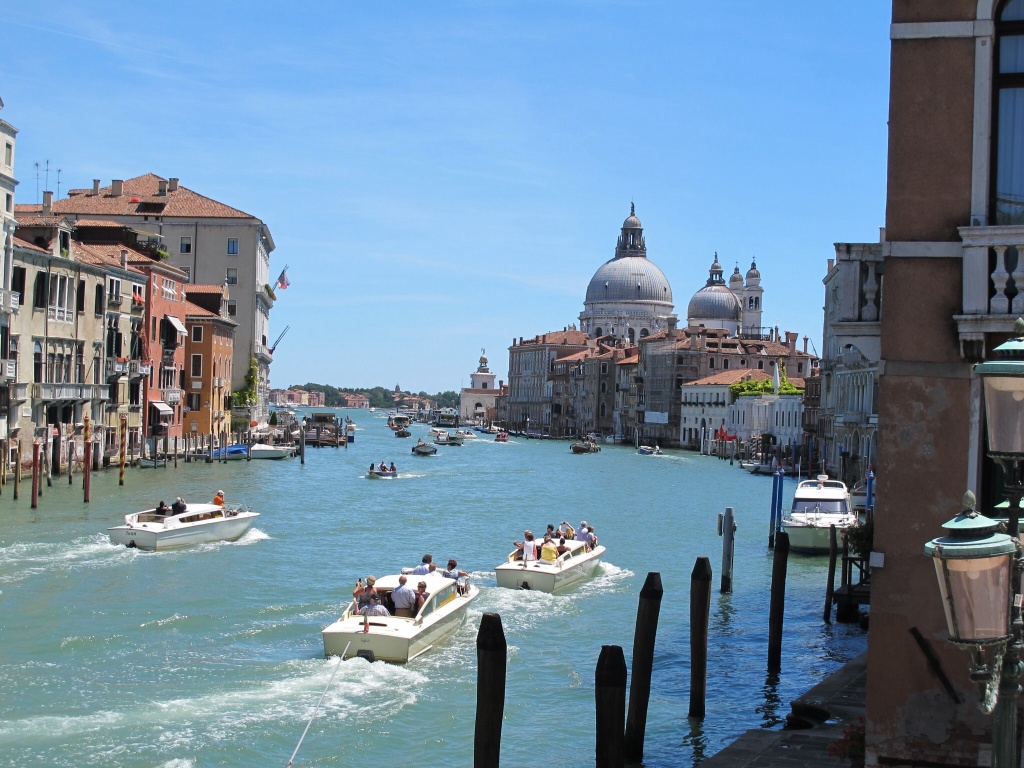 Doesn’t Venice look beautiful!  We had a great day there.  We parked near Fusina caravan park and caught the ferry across to one of the main canals.  It is a great way to do it.  We had a good eight hours in the town, which, as it is our third and fourth visits, is enough. 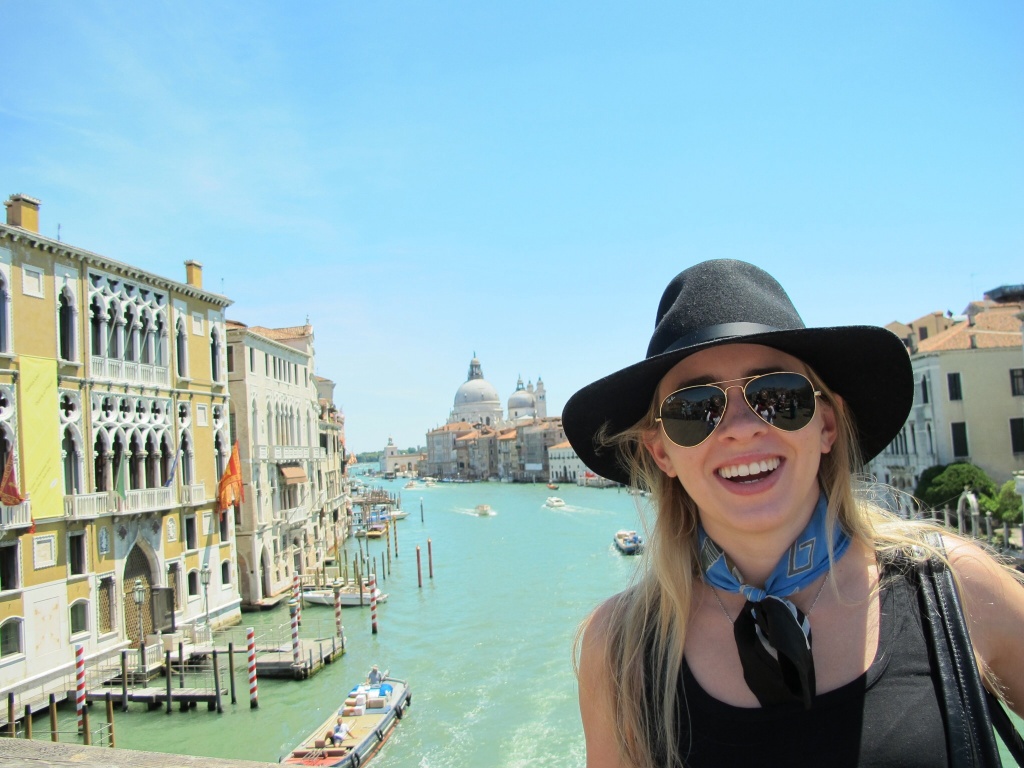 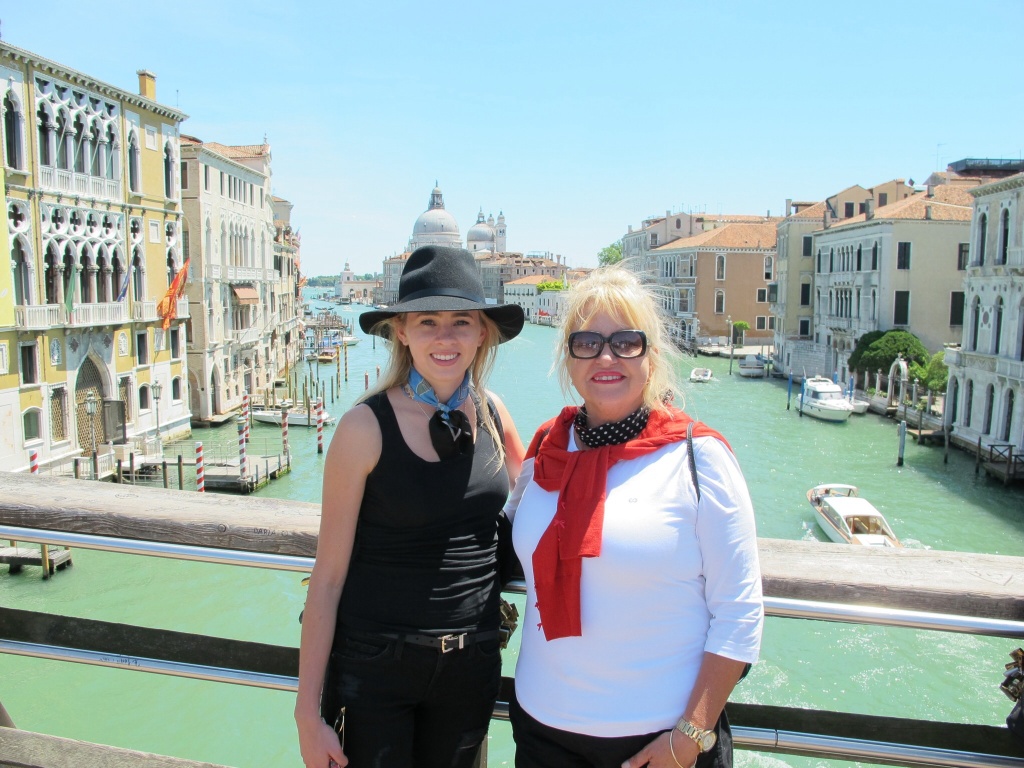 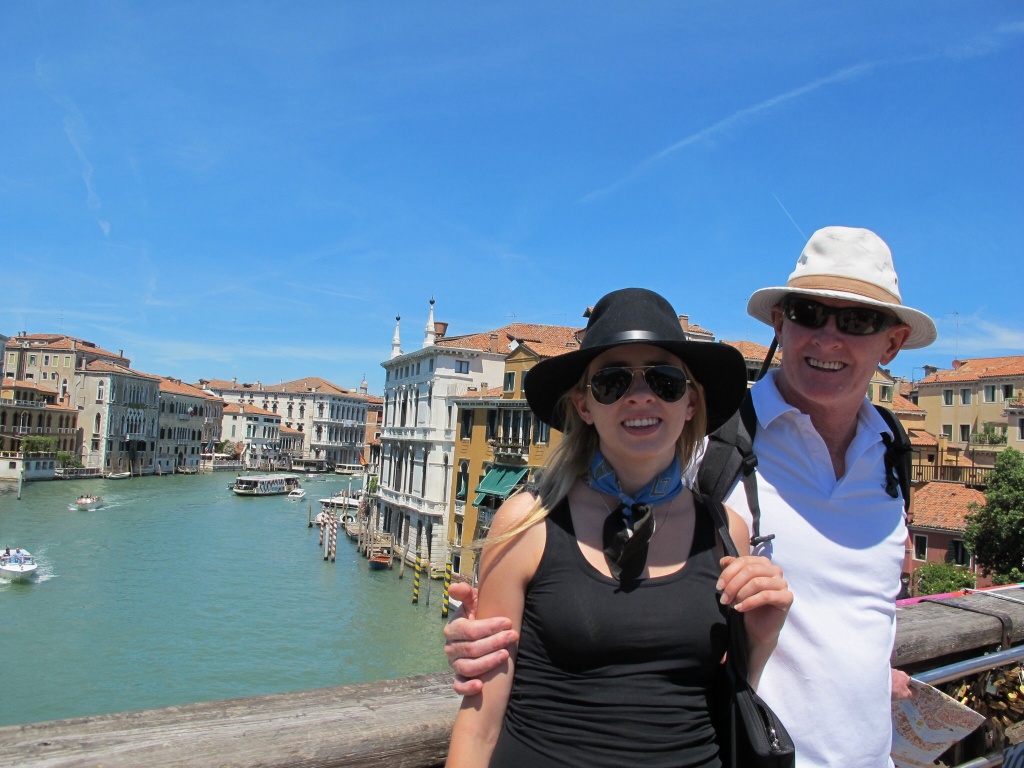 Lots of great family snapshots … bare with me … Venice is very picturesque! 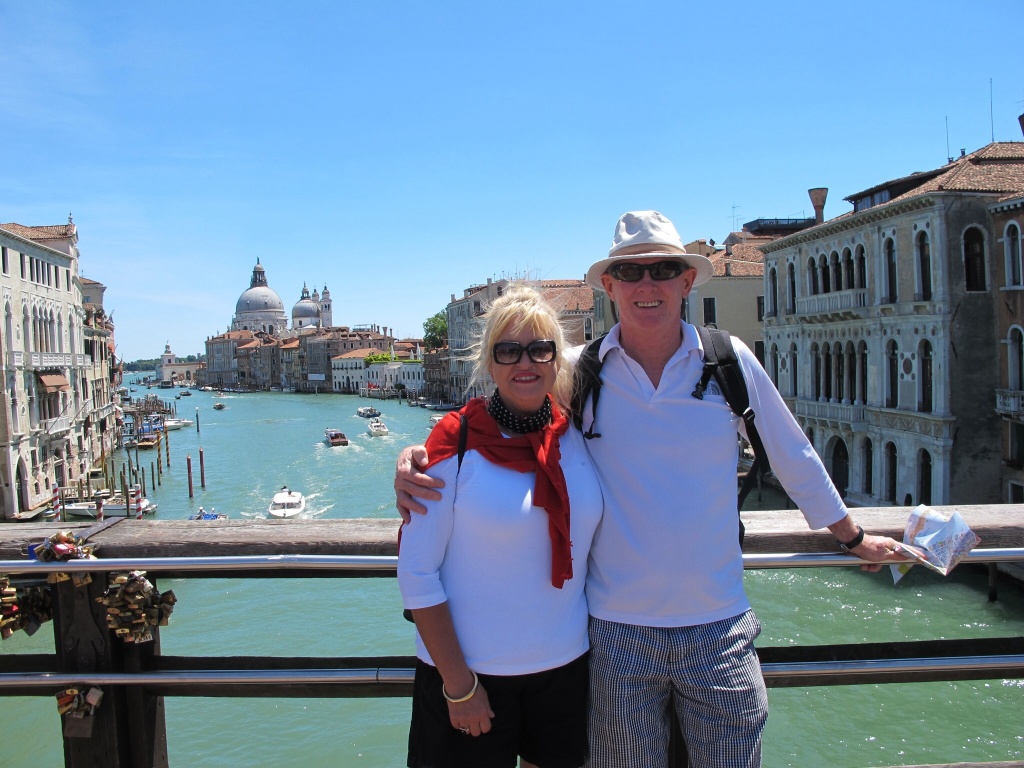 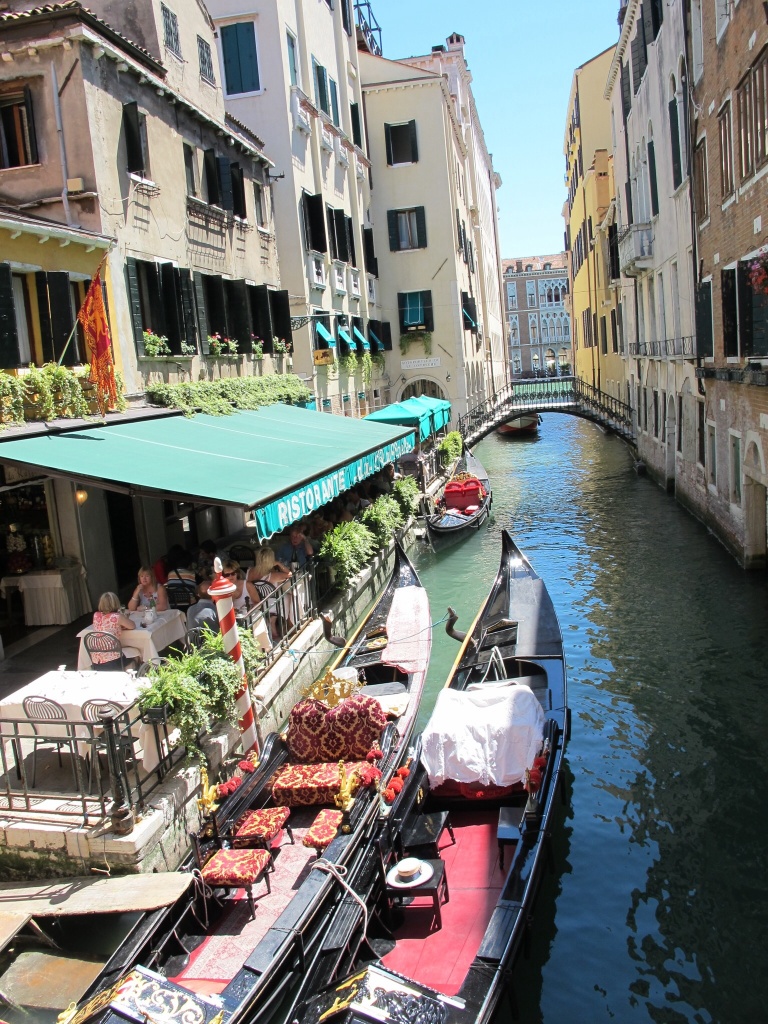 We wandered around together for a while and had lunch.  Then Till and I split off from John as we wanted to wander the shops and it is just too hard in those narrow alleyways with three people.  John was great about it and headed off on his own and met up with us every now and then.

At one stage he insisted that we go out to the main canal and have a coffee and watch the boats coming and going.  There were a million tourists out there and it was chaotic.  We sat down and had the worst coffee I have had in the land of great coffee.  Till had water.  So two coffees and a water came to 17 euro. I got such a shock and just turned to the waiter and said “You are kidding me!”  A coffee anywhere else in Italy is 1.50.  So much for John insisting on sitting with all of the other tourists … it cost him! 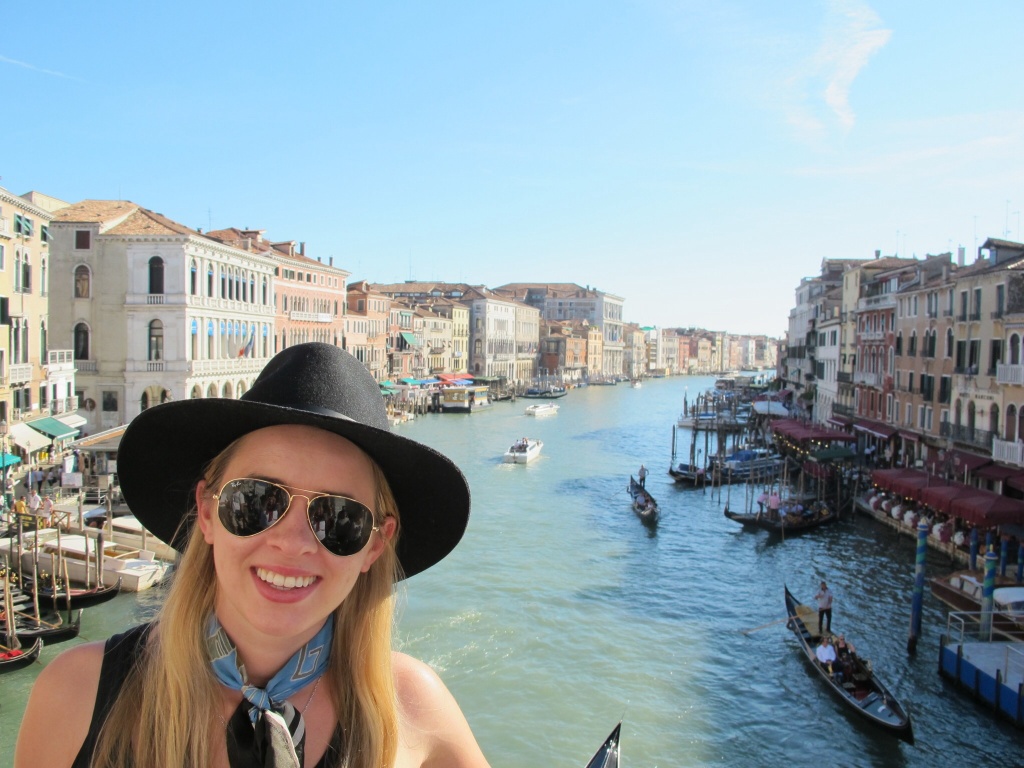 In the end we didn’t buy much, but it was fun wandering.  I bought a rather sweet round Marano glass necklace … it is a round disc in blues and yellows about the size of a 10 cent piece.  I also bought a small silk scarf and Till … the prolific “thank you” letter writer bought a lovely M initialed stamp with wax for her envelopes. 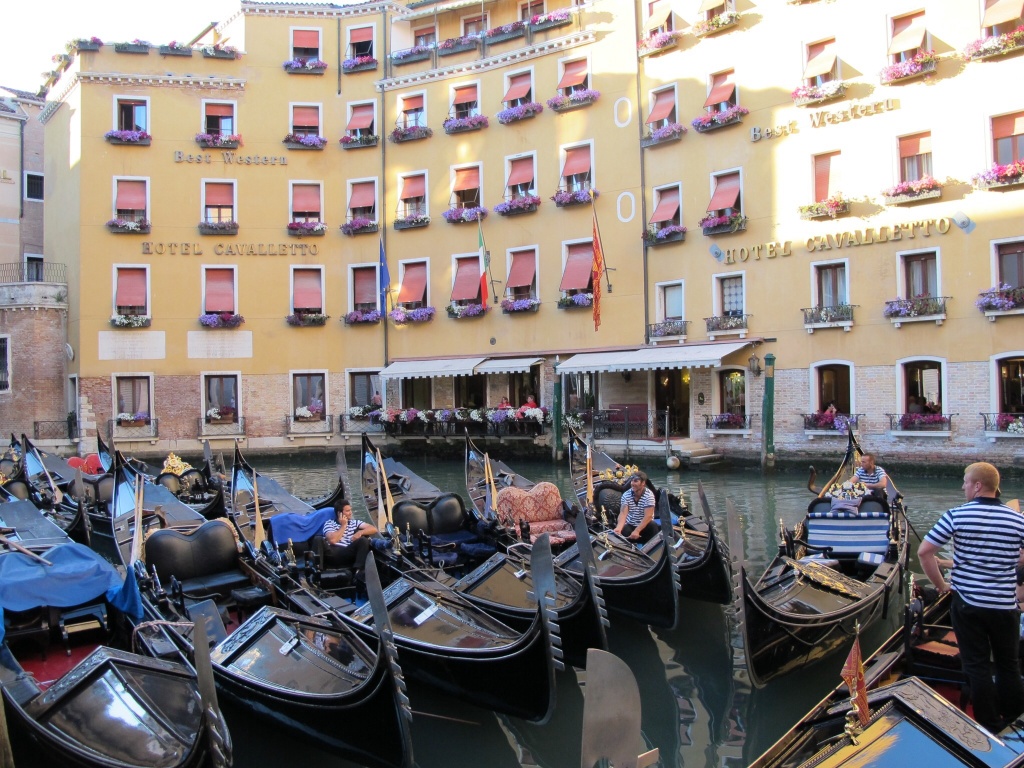 Till amongst all of the gondola drivers at the end of their day. 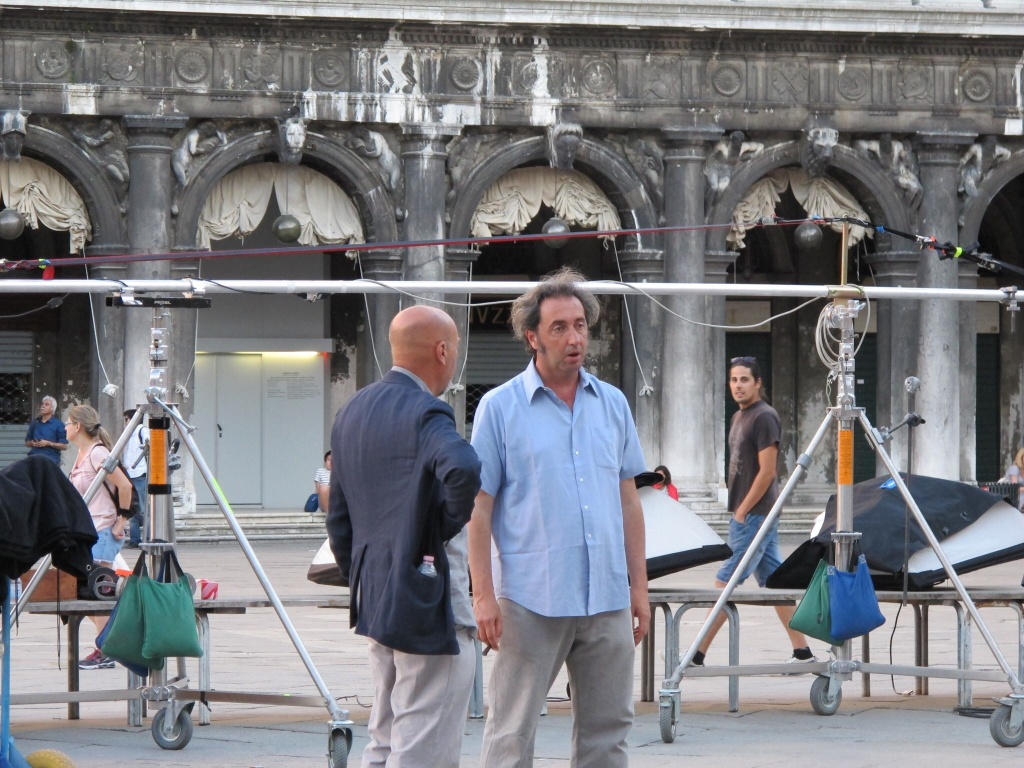 This is a famous academy award winning movie director.  I can’t remember his name but you movie buffs will know him.  There was a film set happening late in the afternoon at St Marks Square and paparazzi everywhere.  I asked one of them what was happening and he told me who this guy was and that Michael Caine would be appearing later.

I’m not the best photographer in the world but I think that Venice is one of the most picturesque cities in the world and great fun taking photos of!  All in all we had a great day and I was very impressed with John’s patience … especially seeing as he had taken his mate Andrew there a couple of weeks ago.