Stepping back and catching up … 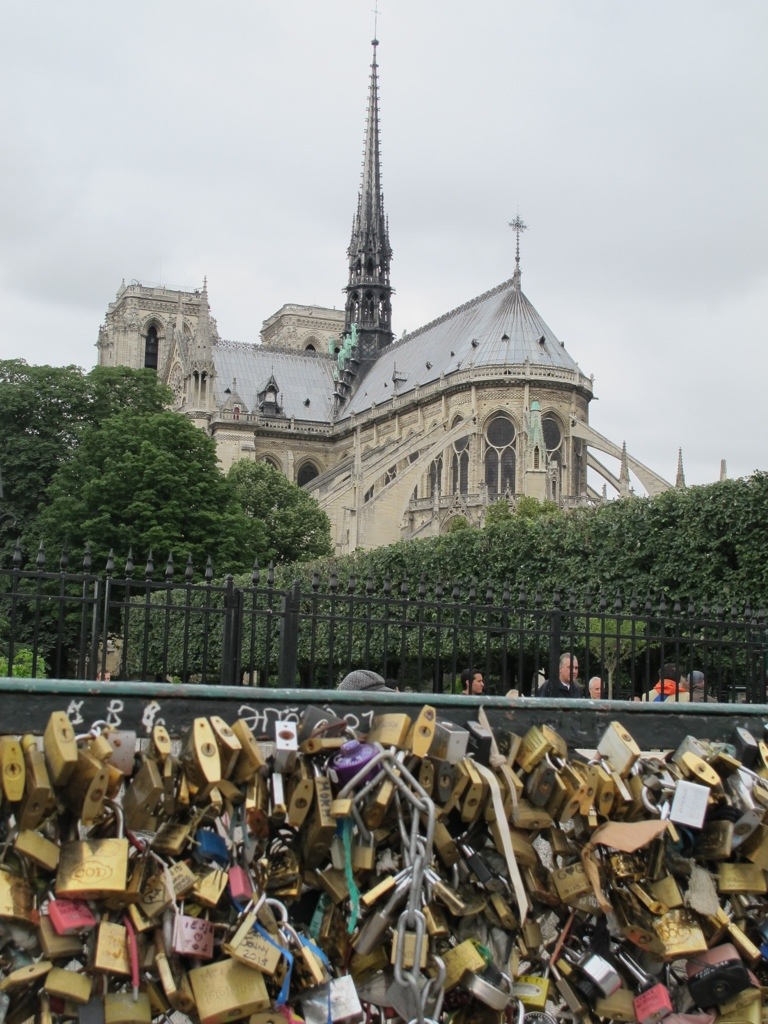 This is actually a photo of Notre Dame in Paris … had to have a photo to begin with. However, I am stepping way back to Rosignano and Tuscany. Don’t forget that this is my diary, so have endeavoured to catch up on everything we have done.

… so here we go …
Righto … feeling better … have the sinus infection under control … so can concentrate enough to get back into the diary/blog.

… We left Rosignano (Italy) and headed up into the hills to Castellina in Chianti … a very picturesque hill top town with a great aire with heaps of room and great facilities. Next morning we wandered into town … it had lovely tunnels in it with tasteful gourmet food and wine shops. We visited the castle which had an archaeological section and a panoramic view from the top.

John discovered that there was a one star Michelin restaurant there, which we managed to find … but unfortunately it was way too humid, so we had to leave. John couldn’t believe that he had taken me to a Michelin restaurant and I declined. Never mind … next time.

Next day we headed into Greve again. It was terribly hot and humid by this stage, so the Greve town pool sounded like a good idea. We headed straight there, then a huge storm hit and we watched the hail from the indoor pool, then suddenly realised that we had left the vents open in the van. John raced back to the van and mopped everything up, but the beds were a tad damp that night.

Following day we drove around and around looking for bits for the van … to no avail, but we did discover an area where there were enormous nurseries with thousands and thousands of trees of every kind … topiaried right from when they were small. It was very interesting. It was called Pistoia.

Gave up look for the things and headed to Bologna. The weather hadn’t improved at all … so straight to a campsite with a pool to cool down in. It was very hard to sleep that night, but we did manage to get all of the washing done and the van ready for the Ringwoods to take over in a couple of days. By this stage John and I were starting to panic about how hot it was and how we were going to cope in the van down south near the med for the summer. But as it turned out it was a freaky heatwave … I really have been copping extreme temperatures this year.

I flew out the next morning and it was a very easy drop off at the airport. Have to admit we were sad to be separating for a few days as we had had a fantastic time together.

The flight was dreadful … worst turbulence I have ever experienced. I nearly jumped into the lap of the man next to me … lucky he was French and gorgeous!

I stayed in the 7th that night and next day managed to attend to some jobs that required my attention. Retrieved my bag from my friend … always a surprise to see what you have in there … at least I had underwear again, my camera, paints, all of the important things in life.

I raced around Friday afternoon and bought some food for when Fi and Pete arrived and then headed to the Tuileries as it was Fete de La Musique … which is a day of musical all over France. I saw a rock band in the Tuileries and a Japanese drumming band. A rock band near the pyramid at the Louvre, then went over near the Hotel de Ville where there was a mini orchestra and choir performing. I sat at a cafe and bought a glass of wine and thought, great I’ll sit here and watch them. Next thing four van loads of police pull up and completely blocked my view … thanks guys!

So skulled the wine and went and watched the group. Next stop a dj and huge crowd. Not my thing so found a small rock band in a small square and sat down to a great pasta and lobster meal.

Saturday morning Fi and Pete arrived about 10 am … exhausted of course. I had to race off as I had an appointment, but back in time to find them in a bar down the road watching the end of the Wallabies Vs Lions game. They had a sleep, but I woke them after 2 hours and we headed out to dinner. Wandered around and around trying to find a good restaurant. Ended up at Bofinger … well know Parisian establishment. Good experience … great decor, but ordinary food.

Sunday up and off to the Luxembourg gardens … but unfortunately no bands were playing and the weather was miserable. Then to the Pantheon and a lovely church that I have forgotten the name of. Past the Sorbonne and down to kebab street for a kebab … went to eat it in the park but it rained. Headed to Notre Dame but the queue was too long. Had an amazing icecream on Isle St Louis. Watched some fabulous skaters performing, then headed to Hotel De Ville. The rain really set in then so we headed for the Louvre. Managed to get in without too much queueing but there were a million people there. Managed to see Napoleon’s apartments, which I thoroughly enjoyed. Had a look at Mona … managed to get to the front … but what a pain in the but. Milo’s Venus, then up to see Vermeer’s paintings … there weren’t any people up there so we actually enjoyed that part.

We arrived home absolutely shattered but very pleased with ourselves as to how much we had achieved. Too exhausted to go out to dinner but Fi performed the loaves and fishers and prepared a great platter. 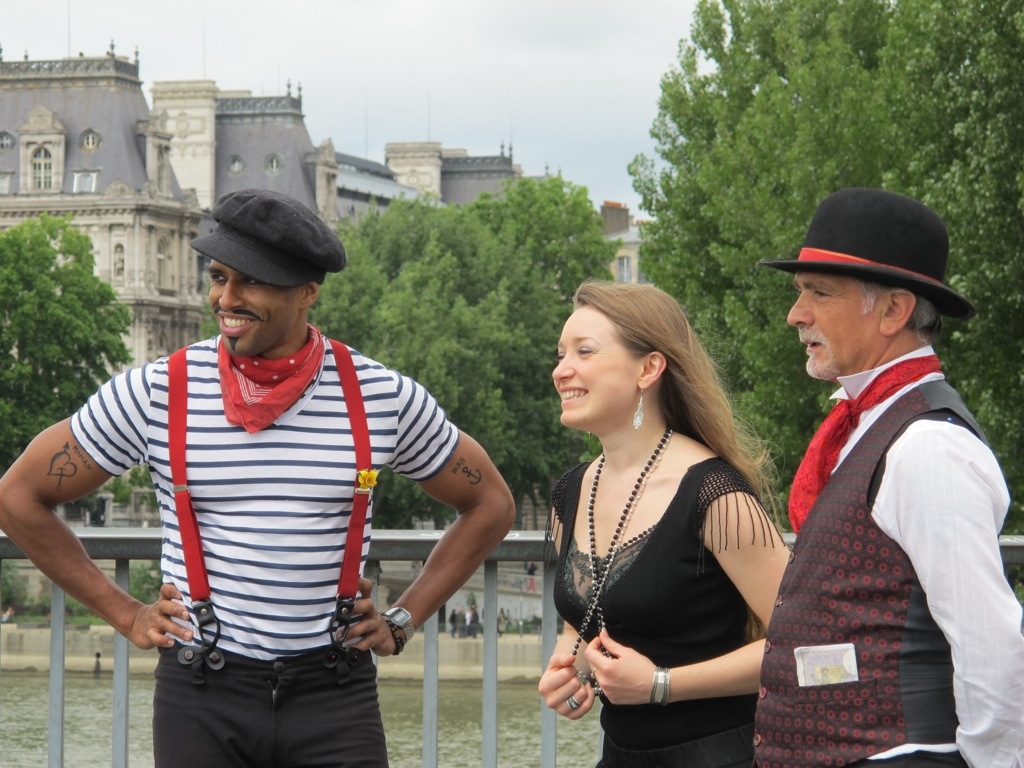 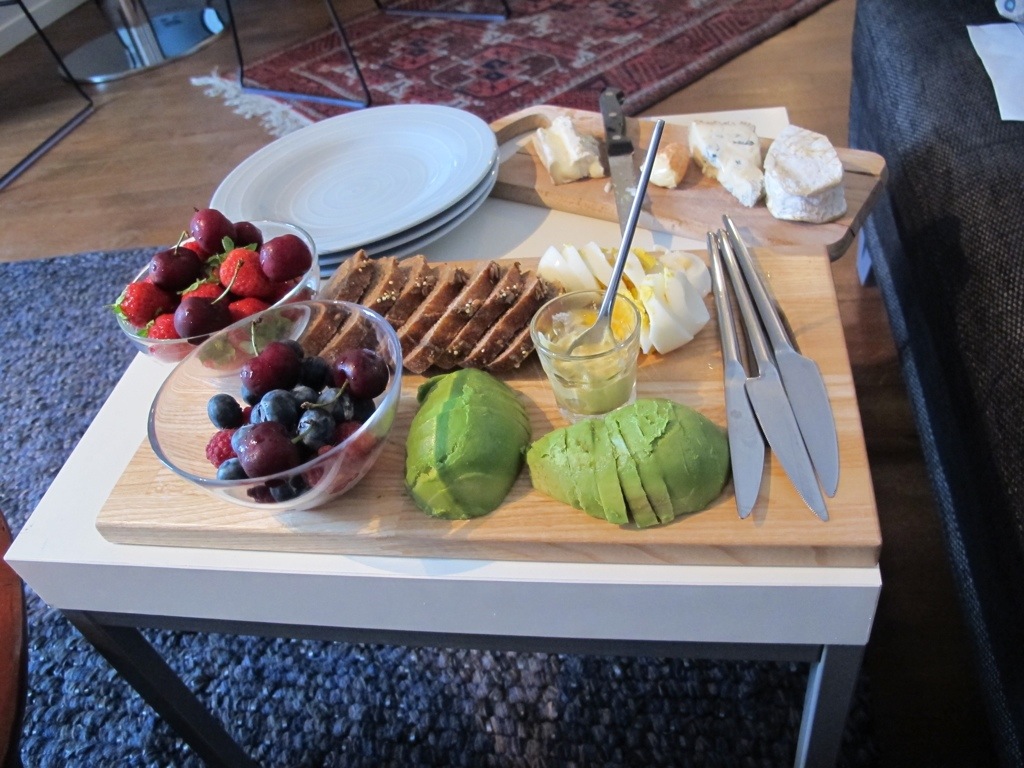